Bill Seeks to Allow Drilling Near US Mexico Maritime Border 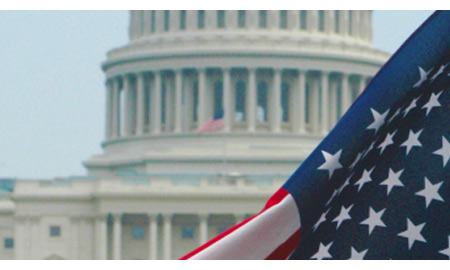 A legislative hearing will take place Thursday in Washington D.C. as lawmakers consider a bill that would lift the current moratorium on drilling along the U.S.-Mexico maritime border in the Gulf of Mexico.

H.R. 1613, the Outer Continental Shelf Transboundary Hydrocarbon Agreement Authorization Act, would amend the Outer Continental Shelf Lands Act and implement the terms of the U.S.-Mexico Transboundary Hydrocarbon Reservoirs Agreement. That agreement, signed in February 2012 by then Secretary of State Hillary Clinton and Mexico's Minister of Foreign Affairs Patricia Espinosa Castellano at the G-20 Summit in Los Cabos, Mexico, would govern development of shared oil and natural gas resources in the U.S. Gulf between the United States and Mexico maritime border.

The agreement lifts the current moratorium on exploration and production along the Western Gap section of the boundary, opening up 1.5 million acres in the Gulf previously off limits due to border issues, and provides a framework for the safe management of oil and gas resources in the boundary area. Leaseholders on the U.S. side of the boundary and Petroleos Mexicanos would be able to explore and exploit a transboundary reservoir as a unit as leaseholders are permitted to do on the U.S. side of the boundary. The agreement also would allow a means of resolving disputes and establish a system of joint inspections.

"This bill is another step towards embracing an all of the above approach to energy that safely develops our natural resources to help achieve North American energy independence," said Rep. Jeff Duncan (R-S.C.), who co-authored the bill along with House Natural Resources Committee Chairman Doc Hastings (R-Wash.) and House Foreign Affairs Subcommittee on Western Hemisphere Chairman Matt Salmon (R-Ariz.), in a statement. "This bill will help lower energy costs while creating American jobs by safely opening up more areas in the Gulf of Mexico for exploration and production."

"Approval and implementation of this agreement is unquestionably in the national interests of the U.S. as a step towards energy security and job creation in the United States, as well as much needed energy reform in Mexico, and Western Hemisphere energy independence," said Salmon in a statement. "We can achieve energy independence and better energy cooperation with our neighbor and this is an important step in that direction."

Mexico's Senate ratified the agreement in April 2012. The agreement was negotiated pursuant to the 2000 Treaty on the Continental Shelf, which called for the United States and Mexico to establish a mechanism that transboundary oil and gas reserves would be shared equitably, according to a December 2012 report prepared for the U.S. Senate's Committee on Foreign Relations. At the time, concern that companies would drain Mexican reserves from the United States side of the border was reportedly a hot button political issue in Mexico. The United States placed a moratorium on oil and gas exploration on the U.S. side of the maritime border upon conclusion of the 2000 Treaty.

Former Sen. Richard Lugar (R-Indiana) last year urged the Obama administration to send the U.S. Mexico Transboundary Agreement to Congress and for his colleagues to pass the agreement. Lugar, who requested senior staff members review opportunities for enhanced U.S.-Mexico engagement on oil and gas issues including the transboundary agreement, said congressional attention to the Mexican energy situation is critical for understanding bilateral issues between our countries and for consideration of U.S. energy security.

"Mexico is a reliable supplier of oil to the United States," said Lugar in a December 2012 report. "The question for U.S. policymakers is what volumes Mexico will be able to export in the future."

Mexican production has dropped by over a quarter in the past decade, and the collapse of Venezuelan heavy oil production and insufficient pipeline infrastructure to bring Canadian oil sands production to Gulf Coast refineries means the United States in effect has had to increase imports of Middle East crudes to make up for Mexico production shortfalls, Lugar added.

"After the Obama administration did the important work of negotiating the Transboundary Hydrocarbon Agreement, they have failed to either send the agreement to the Senate as a treaty or decide that the agreement is an Executive Agreement," said Daniel R. Simmons, director of regulatory and state affairs, with the Institute for Energy Research in an a Congressional hearing last month. "So far, the administration's actions on the agreement are similar to its actions (or really, lack of action) on the Keystone XL pipeline."

The U.S.-Mexico maritime border area could hold up to 172 million barrels of oil and 304 billion cubic feet of natural gas, according to the U.S. Department of the Interior.