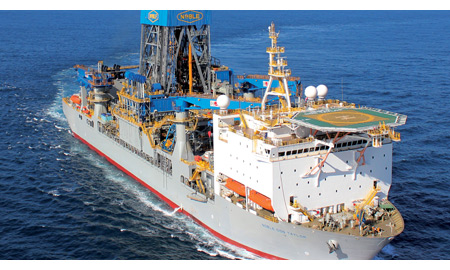 "With the addition of these units to our U.S. Gulf of Mexico fleet, Noble will have one of the most modern and capable fleets in the region, a fact that demonstrates the fundamental change going on across the company," noted David W. Williams, chairman, president and Chief Executive Officer, in a released statement. "At the same time, these contracts provide us with significant additional backlog, while expanding and diversifying our customer base as we grow our relationship with an important new customer."

Noble expects for the contracts to commence following mobilization of the drillships to the Gulf of Mexico and customer acceptance. Revenues generated over the three-year terms are expected to total about $693 million per rig, including mobilization fees, stated Noble in a press release.

In September 2012, Plains Exploration acquired more than $6 billion of oil and gas properties in the deepwater Gulf of Mexico.

"Since its acquisition of strategic deepwater oil and gas properties in the Gulf of Mexico, analysts and investors are bullish that Plains can significantly increase its revenues," stated Joe Thomas, an analyst at Wall Street Source, in a press release. "The company's fourth quarter and full-year 2012 financial and operating results highlighted the success of its one-month benefit from its Gulf of Mexico assets."

The company plans to grow its offshore oil and gas production to 275,000 barrels of oil equivalent per day by 2020.