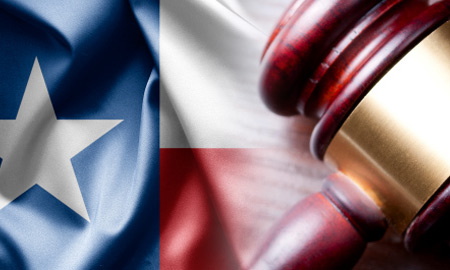 Legislation introduced last week into the Texas Legislature mandating the recycling of produced and flowback water from hydraulic fracturing operations mark the most recent efforts by lawmakers to make water recycling mandatory.

With Texas' population expected to reach 46.3 million people over the next 50 years, drought conditions over the past three years and water shortages over the past five years, oil and gas and other industries that consume a significant amount of water have been scrutinized by the public, environmental groups and government officials. Texas does not have enough existing supplies today to meet demand for water in times of drought, according to Texas' State Water Plan.

Concerns about water usage have grown in recent years not only in Texas, but communities across the United States, said Gabriel E. Eckstein, an attorney with the law firm Sullivan & Worcester and a professor specializing in water, environmental, natural resources and international law at Texas Weslayan University School of Law in Fort Worth, in an interview with Rigzone. In recent years, a host of water-related bills from the construction of new dams to aquifer storage to water recycling have been introduced to the state legislature, Eckstein commented. Major discussions have also taken place to use money from the state's Rainy Day Fund as seed money for infrastructure to meet Texas' future water supply needs.

The surge in exploration and production and unconventional resources in the Eagle Ford and other shale plays in Texas has created concerns in recent years over the amount of water being used in hydraulic fracturing and hydraulic fracturing's impact on local water supplies. The hydraulic fracturing process involves injecting a mixture of water, sand and chemicals into a well at high pressure to create fissures to release oil and gas deposits. Water usage varies on the size and conditions of the shale formation, with Haynesville shale requiring close to 8 million gallons per well, followed by the Eagle Ford play at 5 million and Barnett shale at over 4 million gallons.

Water used in oil and gas exploration, development and extraction and for mining represented 1.6 percent of Texas' total water use, while irrigation and municipal water use collectively represented 82.8 percent of water use in the state, according to the Texas Water Development Board's 2012 State Water Plan. However, in the Eagle Ford shale region, mining accounts for 6.5 percent of water demand; that demand is expected to increase by 26 percent from 2010 to 2060 for the region, according to Luke Metzger, head of Environment Texas.

SB  |  April 18, 2013
Unfortunately they will not give any solutions as how to get the water physically to the treatment plant. Also where should all this water be stored? How many impoundments (pits for the layman) will need to be constructed to store this water? What landowner is going to agree to this? Is the legislature going to "mandate" that they allow us to build one anywhere we want? Now weve got imminent domain issues? Sound to me as if the water recycling companies have really set up a fantastic lobby. Please tell me why a legislator from a county with a population of 11000 people is even remotely concerned. Somebody probably said we will build our next facility in your town. Just my guess.
Enviro Equipment, Inc.  |  April 18, 2013
While its true that demand for water associated with federal fracturing will substantially increase in the next two decades, is also true that there is an emerging technology which (A) uses recycled water and (B) doesnt use water at all. To those terrified that a drawing fracturing is going to close widespread water shortages should realize that this probably isnt going to happen.