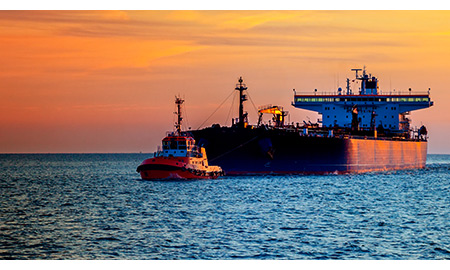 SYDNEY - ExxonMobil Corp. laid out plans for a development using the world's biggest floating natural gas processing plant, in a technically challenging move that underscores its bullish view on Asian demand for the fuel.

Floating liquefied natural gas technology, known as FLNG, is untried but has captured the attention of some of the world's biggest energy companies seeking to access gas fields that are too small or remote to develop using pipelines and onshore facilities. Royal Dutch Shell PLC is a leading proponent of FLNG vessels, which it plans to deploy in Australia and possibly elsewhere.

The relative calm of the waters off Australia's northeastern coastline make the country a strong candidate to accommodate the world's first FLNG vessels. Its stable political environment and proximity to Asian markets that have a growing appetite for fuels that are cleaner than coal when burnt are also drawcards. According to the International Energy Agency, China's natural gas demand alone will more than quadruple to 545 billion cubic meters between 2011 and 2035.

However, companies like Exxon need to ensure their vessels can withstand stormy seas. One main concern is that the forces generated by liquefied gas sloshing in partially filled containers can damage the storage system. That issue is being addressed with containers designed to minimize sloshing and with elaborate anchoring systems that limit the movement of vessels in the water.

Exxon's proposed facility would produce between 6 million and 7 million metric tons of liquefied natural gas, or LNG, a year for several decades. The Scarborough resource was discovered in 1979 and is estimated to hold up to 10 trillion cubic feet of gas--equal to more than a third of the U.S.'s annual gas consumption.

Early design work would begin next year, ahead of a final investment decision in 2014-15, Exxon said in a filing to the federal government's environment department. A Melbourne-based spokeswoman for Exxon said FLNG has "the capacity to reduce our capital costs by removing the need for infrastructure" and has a smaller environmental footprint.

With close to a dozen natural-gas export terminals planned for its coastline, Australia is poised to leapfrog Qatar as the world's top exporter of LNG by the end of the decade. LNG is natural gas chilled to a liquid so that it can be shipped by tanker.

The industry, however, is facing increasing cost headwinds driven by a strong local currency and a shortage of skilled labor. Underscoring these challenges, Chevron Corp. and smaller joint venture partners including Exxon and Shell said in December the cost of building their giant Gorgon LNG project on the Western Australian coast had blown out by a fifth to 52 billion Australian dollars (US$54.4 billion).

The budget overruns come as Australia becomes increasingly likely to face rising competition from emerging gas-export industries in North America and Africa, which could make it tougher to secure customers.

FLNG is often touted by company executives as a means of mitigating cost pressures because much of the construction process occurs offshore in countries with cheaper sources of labor. Companies also don't have to pay for acquiring and clearing land.

"For some of the more economically challenged gas resources out there, floating LNG is going to take on a much higher profile," said Andrew Williams, a Melbourne-based energy analyst at RBC Capital Markets.

In 2011, Shell committed to use a FLNG vessel to process natural gas from its Prelude field in the Browse Basin offshore northwestern Australia. The vessel is due to begin producing 3.6 million tons of LNG each year from 2017.

In its filing Tuesday, Exxon didn't estimate a cost for its Scarborough development.

alex janes  |  April 05, 2013
The Exxon BHP Scarborough gas field is off Northwest Australia as is the proposed Browes basin development by Shell: although the later is further north. I`m wondering how the Floating platform Technology will cope with the tropical Cyclones and storms that frequent this area of the Indian ocean.
Derek Mcgillivray  |  April 05, 2013
I am currently working on the pumps for this groundbreaking vessel the whole concept is very much a forward thinking project.
Gary  |  April 05, 2013
Very interesting. I suppose there is always the prospect of moving the FLNG vessel to other stranded gas fields after the primary one runs out. However, I cant help but think that there are still inherently higher risks to FLNG than to shore-based LNG terminals. In terms of long-term security of supply, I would expect that some customers will insist on some pretty substantial Liquidated Damages terms in their gas purchase agreements to mitigate for this. Of course, Exxon is big enough to self-insure for those LDs if it wanted to. It will be interesting to see how this plays out.
Philippe  |  April 04, 2013
Having worked on 2 Exxon LNG contracts destined to Qatar, I have nothing but positive things to say about Exxon. I would not say the same about other majors with which I have been associated with. I was involved years ago on the FEED of an USAF off shore base for the Pentagon, made up 5 semi-submersibles. These semi-submersibles were to move independently and hook up in the rear of military operations and used as major maintenance facilities. Once hook up together it was a substantial landing strip, 1000 meters. Floating tests were performed to see when hooked up how the semis would handle bad weather wind and water movement versus a super tanker. The semi was barely moving with the super tanker next to it breaking water on the bow. The semi was de-ballast up to it survival draft. The wind and the waves did not have a solid surface to cause significant pressure therefore movement. The wind and water would go through the semis columns nicely. The same thing happen when the wind exerts pressure on a solid fence, where as a 60% open fence sees no pressure exerted. It is impossible to not have movement, but the difference is stunning. I would assume that Exxon will be looking at this possible use of semi-submersibles. Another positive regarding the Pacific Ocean, is that the wave length frequency are in minutes, North See are in seconds. True the wave profile is greater than North Sea, but the movement is not perceived the same way. This means that with a semi-submersible design the FLNG train will not be moving a great deal. This has to do with the Semi-submersible water line, which is defacto, none existent as compared with a hull design.
Alex Igabor  |  April 03, 2013
This is yet another wonderful opportunity to take part in another of the many firsts in the ExxonMobil exploratory advantages. ExxonMobil is really and truly a world leader in oil and gas !!
Brad Neal  |  April 02, 2013
Supermajors have the capital to push the envelope.
RELATED COMPANIES
Company: Exxon Mobil Corporation more info