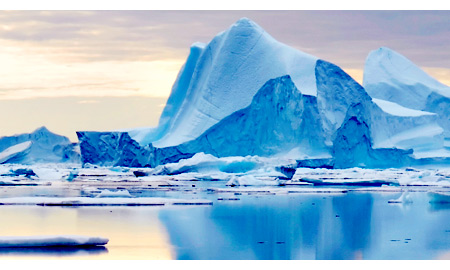 Royal Dutch Shell plc's failure to finalize key components of its 2012 Alaska Arctic drilling program, including its oil spill containment system Arctic Challenger, led to Shell's failure in receiving needed permits to drill into oil-bearing zones in the Chukchi and Beaufort seas, according to the findings of a U.S. Department of Interior (DOI) review released Thursday.

Secretary of the Interior Ken Salazar called for a high-level, expedited review of Shell's program Jan. 8, including Shell's preparations for last year's drilling season and its maritime and emergency response operations – to identify the challenges Shell faced in its Arctic drilling plans and future lessons to be learned from that experience.

The review examined Shell's safety management system and the company's ability to meet the stringent standards set by the Department of the Interior for Arctic development. It focused on Shell's inability to obtain certification for the Arctic Challenger on a timely basis, the difficulty Shell encountered in deploying the vessel, and the marine transport issues Shell faced with the Noble Discoverer (mid-water drillship) and Kulluk drilling rigs, including the Kulluk's grounding offshore Kodiak Island, Alaska while being towed. Both rigs are en route to Asia for repairs.

Shell's failure to monitor contractor progress on key components of its Arctic drilling program, including the Arctic Challenger, was a pervasive theme in the review's findings. The contractor that Shell used to design and build the Arctic Challenger, had extensive experience working in the Gulf of Mexico, but ultimately, Shell ran into problems bringing the containment system online. The vessel failed to receive its U.S. Coast Guard certification, and the deployment of the system itself failed.

"Working in the Arctic requires thorough advanced planning and preparation, rigorous management focus, a close watch over contractors, and reliance on experienced, specialized operators who are familiar with the uniquely challenging conditions of the Alaska offshore," Salazar commented during a conference call Thursday with reporters.

Shell fell short in this area, Salazar noted, which contributed to many of the problems it faced, including the inability to deploy a functioning containment system, as well as the violation of air emissions requirements Shell encountered.

DOI Deputy Secretary David J. Hayes said the review confirmed the importance of strong coordination of among federal agencies in connection with permitting and exploration activities. This coordination has been an initiative through Executive Order 13580. Established in July 2011, the working group was created to coordinate efforts of federal agencies responsible for overseeing safe and responsible development of onshore and offshore energy in Alaska.

"We will continue to maintain rigorous oversight of drilling and hold anyone operating in public waters to the highest environmental and safety standards."

Watson noted the administration looks forward to learning more from the findings of the Coast Guard's current investigation into the Kulluk grounding incident.

Shell should submit to DOI a comprehensive, integrated plan describing all phases of operation, from preparations through demobilization, when the company resumes exploratory drilling in Alaska's Arctic offshore region. This plan will go one step beyond the current recommendations for plan submissions, including not only details of drilling plans but for maritime operations as well.

The review also recommended Shell complete a full third party management system audit to confirm the capability of the company's management system, including oversight of key contractors, are tailored for Arctic operations, and that Shell has addressed the issues it faced in the 2012 drilling season.

Additionally, the review findings confirmed the necessity of an Arctic-specific model, and recommends continuing work on safety and environmental practices appropriate for the Arctic.

"We must recognize and account for the unique challenges of this region, which holds significant energy potential, but where issues like environmental and climate conditions, limited infrastructure, and the subsistence needs of North Slope communities demand specialized planning and consideration," said Principal Deputy Assistant Secretary for Land and Minerals Management Tommy Beaudreau, who led the review team.

The review, which involved the efforts of BSEE James Watson and staff, Alaska regional staff for BSEE and the BOEM, as well as input from NOAA and the EPA, which oversaw Shell's Alaska activity. The Coast Guard also provided technical assistance. Additionally, DOI officials met with Alaska state legislators, native Alaskan organizations, and environmental groups, as well as marine contractors and oil and gas companies.

When asked whether Shell's Alaska program highlighted any changes that needed to be made to the government process, Salazar noted government officials had learned a great deal from Shell's 2012 effort and still had a lot to learn.

"The Arctic is a difficult environment, and Shell is one of the most resource-capable companies in the world. Just because Shell encountered problems there doesn't mean that exploration shouldn't occur," Salazar commented, noting that 30 exploration wells have previously been drilled in both the Beaufort and Chukchi seas. "We allowed Shell to move forward cautiously with limited activity in the Arctic because Shell didn't meet the requisite permit requirements," Salazar said.

Hayes noted that Shell had been cooperative with the review process, and has acknowledged the issues it faced in terms of contractor timing with the Arctic Challenger.

"They put a lot of effort late into the game to get it certified, but not in time for the 2012 season."

Salazar said Shell should use its planned pause of its Alaska drilling plans for 2013 to learn the lessons from its 2012 drilling season. Hayes noted that Shell would use the time to conduct more testing of the Arctic Challenger to ensure all of its systems are in place so they will not be pressed for time the same way they were pressed for time for the 2012 season.