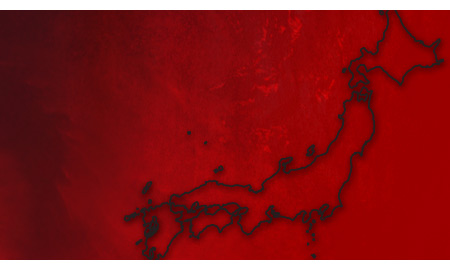 Japan Oil, Gas and Metals National Corporation (JOGMEC) reported Tuesday that it has successfully extracted natural gas from methane hydrate deposits from under the seabed offshore Japan. The successful extraction of gas from this source promises a new energy source for the world.

Methane hydrate is a compound in which a large amount of methane is trapped within a crystal structure made up of water, so forming a solid that is similar to ice.

JOGMEC said that it successfully used a depressurization method to flow gas from methane hydrate layers.

The firm has been preparing for an experimental test since February 2012 at the Daini Atsumi Knoll, off the coasts of the Atsumi and Shima Peninsula. After preparatory drilling and an operation to acquired pressurized core samples last summer, it began its flow test Tuesday. The flow test is expected to end at the end of this month.

JOGMEC hopes the experimental test will help it better understand dissociation behavior of methane hydrate under the seabed and the impact to the surrounding environment. A second offshore test is planned ahead of commercial production that could be achieved later this decade.

JOGMEC pointed out that some 40 trillion cubic feet of methane is held in methane hydrate deposits under the sea in the eastern Nankai Trough, off the southern coast of the Japanese island of Honshu. This is equivalent to around 11 years of the amount of liquefied natural gas currently imported to Japan, the firm added.

Dow Jones Newswires reported that Takami Kawamoto, an official responsible for the methane hydrate project at JOGMEC, said developing the technology will take a long time, and "we are studying many things that are not yet known about methane hydrate".