Barnett Shale to Remain Major Contributor to US Gas Production 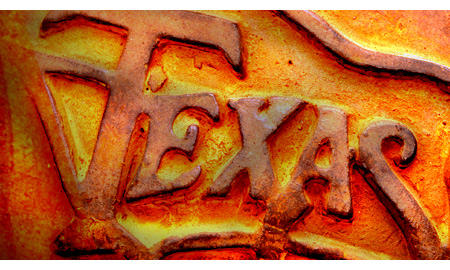 The study, which brought together the related research in engineering, geoscience and economics, examined on a well-by-well basis production data from over 16,000 individual wells in the Barnett play through mid-2011. The study results indicate significant recoverable resources remain in the Barnett play, with total recovery at greater than three times cumulative production to date.

The study's base case forecasts the Barnett, at a base price of $4 per thousand cubic feet of gas, will produce approximately 44 trillion cubic feet (Tcf) of gas through 2050 based on already drilled wells and well that will be drilled through 2030. In the base case, production will plateau from a current high of 2 Tcf per year and slowly decline to about 900 billion cubic feet per year by 2030.

The BEG team's calculations show 86 Tcf of technically recoverable free gas in 8,000 square miles that the play covers, of which 12 Tcf has been produced and 7 Tcf is proven. Of the 67 Tcf remaining, 45 Tcf is in drilled blocks and 22 Tcf is in undrilled acreage.

The 45 Tcf of technically recoverable free gas in 4,172 square miles of drilled areas exceeds the U.S. Energy Information Administration's July 2011 estimates of 23.81 Tcf for the 4,000 miles of active area. The 67 Tcf of remaining technically recoverable reserves across the full Barnett play also exceeds EIA's full estimate for the Barnett of 43.37 Tcf, which covered 6,500 square miles. It also exceeds the U.S. Geological Survey's 2003 assessment of 26 Tcf, which covered 5,000 square miles of the Barnett.

Other assessments of the Barnett have relied on aggregate views of average production, offering a "top down" view of production, said Scott Tinker, director of the BEG and co-principal investigator for the study, in a statement. Instead, the BEG study takes a "bottoms up" approach, starting with the production history of every well and then determining what areas remain to be drilled, which the study authors say creates a more accurate and comprehensive view of the basin.

The study's model centers around a base case of $4-gas, but it also allows for variations in price, volume drained by each well, economic limit of a well, advances in technology, gas plant processing incentives and many other factors to determine how much gas operators will be able to extract economically. This forecast falls in between some of the more optimistic and pessimistic predictions of production from the Barnett, the study authors noted.

While the BEG model shows the correlation between price and production, it suggests that price sensitivity is not overly dramatic, at least in the early phase of a formation's development.

"This is because there are still many locations to drill in the better rock, which is cost effective even at lower prices," Tinker commented.

While this drilling won't last forever, there are still a few more years of development remaining in the better rock quality areas.

The study was funded by the Alfred P. Sloan Foundation, a non-profit grant-making institution, and conducted a by team of 12 researchers from the University of Texas as well as Rice University. BEG will complete similar studies of the Marcellus, Haynesville and Fayetteville plays by year-end.