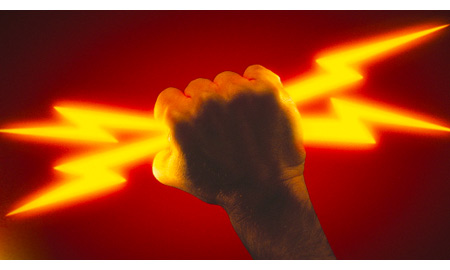 Economists with the worldwide accounting firm of PricewaterhouseCoopers LLP (PwC) have just published an interesting and thought-provoking analysis of the long-term impact of shale oil on the global economy. While one might question some of the shale oil production numbers that evolve from the PwC analysis, the final couple of pages of the report, which focus on "opportunities and challenges for governments and companies" and touch on topics we have been devoting significant thought to with respect to the implications of the growth in output from unconventional oil and gas plays, is what we found most intriguing.

PwC begins its report with a brief review of the history to date of shale oil and shale gas in the United States. The economists point out that shale oil production has grown from 111,000 barrels per day (b/d) in 2004 to 553,000 b/d in 2011, or an annual growth rate of 26%, albeit starting from a very small base. We know shale oil production increased further in 2012. The oil production increase in North Dakota alone, where the Bakken tight oil formation dominates the output, rose by 233,805 b/d last year. Furthermore, the Energy Information Administration (EIA), in its supplemental information supporting its latest Short Term Energy Outlook (STEO), is calling for an increase in tight oil output between November 2012 and December 2014 of 1.13 million b/d, or nearly all of the projected total U.S. crude oil production increase during this period of 1.26 million b/d.

This optimistic outlook for tight oil production is driven both by the technical success producers are having in extracting the output and the high global price of oil. These two factors have contributed to the EIA estimating that the shale oil resources in this country have increased from 4 billion barrels in 2007 to 33 billion barrels in 2010, and we suspect the estimate will go higher when the next estimate is released. PwC says the EIA is estimating that U.S. shale oil production will grow at a much slower rate in the future than in the past, but it will reach 1.2 million b/d of output by 2035, or 12% of the nation's projected oil supply. They comment that this projection may be conservative given that other analysts are forecasting tight oil production to reach upwards of 3-4 million b/d by 2035. PwC believes that tight oil production will make the largest contribution to total U.S. oil supply growth by 2020, which would be consistent with the EIA's outlook in its latest STEO cited above. The implication of this forecast is that increased shale oil production will displace a significant volume of waterborne crude oil imports to the U.S., estimated to be potentially as much as a 35-40% decline.

In PwC's view, this scenario could lead to future oil prices being significantly lower than projected in current forecasts. Just how much lower the price might be becomes an interesting exercise in forecasting the global growth in shale oil production and the reaction of the leading conventional oil producers – primarily OPEC members. At the present time, the EIA estimates oil prices will reach $133 per barrel in real terms by 2035, which is a higher projected price than the International Energy Agency (IEA) forecasts, which is $127 per barrel.

PwC believes that global estimates of shale oil resources will be revised upwards significantly over time. That belief is based on the past pattern of shale oil and shale gas resource estimate changes in the United States. As a result, PwC believes that "global shale oil production has the potential to rise to up to 14 million barrels of oil per day by 2035," which would represent approximately 12% of global oil supply then. This production growth will have an impact on global oil prices according to PwC, depending on how OPEC members and Russia respond. PwC has developed two scenarios for predicting future oil prices – one that allows for OPEC to respond by lowering its output and the other with no OPEC response. In the former scenario, PwC sees the global oil price maintaining an average price of around $100 per barrel in real terms, while in the latter case it falls to $83 per barrel. Based on these two scenarios, PwC sees the potential for future global oil prices to be $33-50 per barrel lower than the EIA's reference case of $133 per barrel in 2035, in real terms. This reduced oil price is significant and raises numerous questions for governments and companies, while also creating significant opportunities and challenges.

By using the National Institute Global Econometric Model, PwC attempts to project the impact of its two price scenarios (a decline of $33 or $50 per barrel in real oil prices) on global economic activity. They conclude that at today's Gross Domestic Product (GDP) values, there could be "an increase in size of the global economy of around $1.7-2.7 trillion per annum. This could imply a rise by 2035 in average global GDP per person of between $230 and $370 per annum (at today's prices) relative to the EIA baseline case with minimal shale oil production." If the PwC price outlook proves correct, there will be a significant positive impact on future global economic activity and the wealth of various countries.

The economic model's results suggest that India and Japan could each see an increase in their GDP of between 4% and 7% by the end of the projection period. PwC sees other net oil importers such as the United States, China, Germany and the UK gaining between 2% and 5% in GDP over the period. On the other hand, OPEC member countries and Russia could experience deterioration in their current account balances due to the lower oil price. PwC points out, however, that the financial damage lower oil prices might cause for Russia could be offset if the country elects to exploit its large estimated shale oil resources. That would certainly favor ExxonMobil given its growing relationship with Russia's Rosneft Oil Company.

In the conclusion to its report, PwC briefly explores some of the implications growing global shale oil production will have on energy markets, energy companies and governments. It is the positive implications, on balance, from growing shale resource exploitation that gives us increased confidence that the long-term outlook for the United States will be positive, despite near-term domestic economic and political fears and growing concerns over the future geopolitical outlook. The magnitude of our optimism is likely to be shaded by the political, geopolitical and economic policies and actions of our leaders, but we don't doubt that the United States will reach the next decade in a surprisingly stronger relative position than most prognostications suggest today.

Given PwC's belief in the potential for significant oil shale production and resulting lower future oil prices, the firm's economists say that the financial case for renewables becomes relatively less attractive. There is little doubt about that reality, but the argument for developing renewable energy projects has rarely been about their financial viability, but rather about the social responsibility from building them. To the extent that government mandates for greater investment in renewable energy projects increases, then the nation's future economy could be somewhat smaller as energy capital could be misdirected into investments that are uneconomic and have a greater likelihood of being abandoned in the future much like the wind farms built during the 1980s in California.

Lower oil prices will also impact the pace of development of more expensive and less environmentally attractive oil supplies such as Arctic and oil sands resources. While these two resources currently are being attacked on environmental grounds, their vulnerability to low returns on capital investment may be what actually curtails their future development. Given this trend, oil companies will need to reassess their current portfolios against lower future oil prices. This reassessment may become a catalyst for accelerated merger and acquisition activity as large, integrated oil companies target undervalued, financially challenged smaller oil and gas companies possessing attractive resource holdings. The lower cost of capital and greater financial resources to withstand periods of increased commodity price volatility, coupled with greater R&D capabilities to reduce finding and development costs gives the large, integrated oil companies a significant competitive advantage.

Companies that are targeting offshore oil and gas developments exclusively may find a need to seek diversification of focus. That goes for both oil and gas producers and oilfield service companies. Here again, M&A activity may be the easiest and fastest way for single-purpose entities to become more broadly diversified. In the same vein, the governments of OPEC members and other net oil and gas exporters may need to reassess the impact on their budgets of reduced oil prices and possibly lower oil production. While there always remains the possibility that reduced oil prices will stimulate greater oil consumption in the future, the changing demographics of the global population and recent legislative initiatives to reduce energy consumption will bake into the future energy outlook a flattish energy demand growth profile.

The big winners in the PwC scenarios are those companies and industries that use oil and its by-products in their own output. Lower energy prices have already produced a resurgence of on-shoring previously exported businesses. Changing demographics in historically cheap labor markets such as China and Asia has led to U.S. manufacturing companies restarting domestic production of capital equipment and durable goods. Importantly, the belief in the potential of abundant natural gas supplies and thus cheap feedstock costs is leading to a revival of the domestic petrochemical industry and the emergence of a nascent liquefied natural gas exporting business. As it took decades for these companies to abandon the rapidly growing high-cost energy environment that characterized the U.S. during the latter part of the last century and the early years of the current one, manufacturers will not be quick to shift out of the U.S. at the first uptick in energy costs as they perceive that our nation has built a long-term global competitive cost advantage.

So while we rail against the destructive economic and political decisions being made in our seats of government today, we see an opportunity for the domestic GDP pie to be larger in the future; just how much larger will be determined by the decisions of politicians in the near-term. At some point in the distant future, we anticipate looking backwards and marveling at how resilient the U.S. economy proved to be and how it overcame the many dire predictions of its demise due to the idiotic political and economic actions of our rulers. We will probably wind up tipping our hat to the benefits created by the great American shale revolution begun by the son of Greek immigrant parents from Galveston, Texas – George Mitchell. While many people would call him a true entrepreneur, and he was/is, based on our encounters with him, we would say he was more like Nellie from South Pacific fame that Rodgers and Hammerstein deemed "A Cockeyed Optimist."

bill  |  February 25, 2013
Notwithstanding anything hereinabove, lest we forget that the E & P companies by and large are presently losing money on the shale plays. The sweet spots will be, have been defined fairly early and are carrying multitudes of sub-economic wells. If the price of oil falls $30 to $50 per barrel, the resource plays are over, worldwide. Dont forget that the OPEC countries need a high cost per barrel to keep their respective social programs funded, thereby calming their populations.