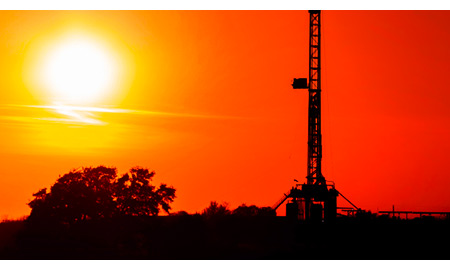 Hydraulic fracturing operations are back on in the UK after the country's government declared in early December that it had lifted a temporary ban on the practice. But the controversy surrounding the safety of shale gas fracking has not gone away despite the announcement from the Chancellor of the Exchequer that the Department of Energy and Climate Change would establish an Office for Unconventional Gas and Oil.

The news was followed in January by an announcement from Cuadrilla Resources that it plans to submit a planning application to Lancashire County Council, in northwest England, to conduct hydraulic fracturing and flow testing at a well site near the village of Banks. In December, Rigzone reported that the British Geological Society believes shale deposits in the Bowland Basin area of Lancashire could amount to 300 trillion cubic feet of gas.

One of the conditions for the UK government's relenting over shale gas fracking was that it would be subject to new controls to mitigate the risks of seismic activity.

Fracking was originally suspended in the UK in May 2011 after two small seismic tremors were detected in Lancashire near what was then the country's only fracking operation.

As a result, companies planning to carry out hydraulic fracking must now:

The government also insists that a new traffic light system is employed to categorize seismic activity and direct appropriate responses, with a trigger mechanism being used to stop fracking operations in certain conditions.

Cuadrilla, meanwhile, appears to be taking the seismic issue very seriously. Late January, the company announced plans to install the same sensitive monitoring technology around its Anna's Road site that the company had already installed at the Banks site last year.

However, the new focus on monitoring seismic activity connected to fracking is not nearly enough to make the practice safe, according to several groups. As soon as the government decision to allow fracking was made in December, Friends of the Earth Executive Director Andy Atkins issued a statement in which he accused the government of being reckless and that the decision "threatens to contaminate our air and water".

Greenpeace UK added that Freedom of Information requests had revealed that the UK Environment Agency privately expressed fears to the government over threats to drinking water near proposed fracking sites in Sussex, England.

Greenpeace and Friends of the Earth are two organizations fundamentally opposed to any technology that will see an increased use in fossil fuels – even if it means the increased use of natural gas (which is cleaner in terms of carbon emissions than oil and coal). But there are other voices, friendlier to the oil and gas industry, who believe that the government has got it wrong when it comes to its approach to fracking.

Mike Hill, an engineer who lives in the area where Cuadrilla is carrying out its fracking operations, has been lobbying the UK government for a more rigorous approach to regulating the activity. Having worked in the oil and gas sector himself, and now a director of Gemini Control & Automation, he takes a more sober view of fracking but wants to see operations thoroughly checked to ensure it is done safely.

"I got involved in this about two years ago simply because, when I heard that fracking was coming to the UK, I knew that if it is not regulated properly the risks are fairly high," he told Rigzone in a recent interview.

After getting in touch with the UK's Health and Safety Executive (HSE) and the Environment Agency two years ago, Hill expected these bodies to be "very hot" when it came to regulating fracking.

"They didn't know what they were talking about. They don't understand oil and gas. They've never had to with [UK] oil companies being offshore and out of their scope and remit."

A key criticism Hill has is that these agencies – which are charged with health and safety, as well as environmental protection, in the UK – have been approaching the practice of fracking "with an offshore bent".

While acknowledging that the UK has sufficient regulations to ensure that its offshore oil and gas sector cannot cause another Deepwater Horizon or Exxon Valdez disaster, Hill believes that the problem with applying these same regulations onshore is that they do not take the public into account.

"There is no public offshore," he said.

Hill, who has met with various government advisers involved with fracking (as well as Cuadrilla itself) several times during the past two years, has made it clear to them that he feels the offshore regulations developed in the 1990s, (following the North Sea’s Piper Alpha disaster in 1988) are not sufficient to address the issues with onshore drilling, exploration and production.

He wants to see regulations that cover the quality of cement used in onshore drilling, including onsite sampling and laboratory testing, along with several other regulations that will cover good safety practices such as: surface methane detection, post tremor actions, publication of which fracking chemicals are used at each well and the storage and disposal of flow-back water.

Hill also insists that well site inspections should be required and that they be random so that the Environment Agency or Health and Safety Executive can go and check which chemicals are being put down shale fracking wells "because, believe it or not, they don't check".

"You've got to have independent regulation. You can't just rely on self-regulation because, when push comes to shove, this is a very expensive business and if [a company] gets an issue that's going to cost it, say, three million pounds to resolve, or they can do it for 30,000 but in a slightly naughty manner, which option is it going to take when it knows categorically that no-one is inspecting and it absolutely won't be caught out? These are private companies that are there to make a profit."

The HSE confirmed to Rigzone that it made an inspection visit to Cuadrilla's Preese Hall and Grange Hill sites in March 2011 and that, as part of its well notification process, it has held six "inspection meetings" with Cuadrilla at both the firm's offices and at the HSE's own offices. The body also insists that it has well inspectors who "maintain regular contact" with Cuadrilla so that they are kept up to date with shale gas operations.

The HSE also made the point that well site visits, whether planned or unannounced, "can be of very limited value on their own in assessing well integrity and the management of well risks". Instead, it said that given the complexity of oil and gas wells "the key to well integrity inspection is to ensure that the operator is managing risks effectively throughout the life cycle of the well".

Hill is sticking to his guns, however, and believes a set of onshore drilling regulations are required to prevent a major incident.

"I think unless that happens we are going to have some sort of disaster at some point in time – our own version of Gaslands. There will be a public outcry and shale gas will then be banned in the UK. So we won't get that shale gas out of the ground and the UK won't benefit from the energy security it would provide."