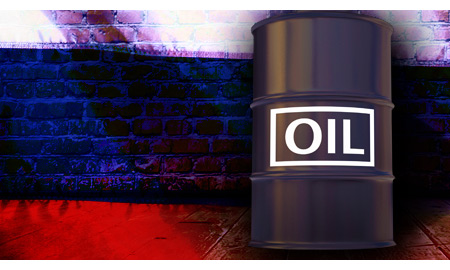 Russian oil production will probably peak in the next few years as the gains from new oil fields are offset by falling output from brownfield sites, according to Fitch Ratings.

The ratings agency said Russia posted another post-Soviet oil production record in 2012, but added that significant new exploration, in particular on the Russian continental shelf, would be required over many years to increase output further.

The production gains that Russia has achieved over the last decade were mainly driven by intensive application of new technology, in particular large-scale horizontal drilling and hydraulic fracturing applied to Western Siberian brownfields. This, said Fitch, allowed oil companies to tap previously unreachable reservoirs and dramatically reverse declining production rates at these fields, some of which have been producing oil for several decades. In addition, Russia saw successful launches of several new production areas, including Rosneft's large Eastern Siberian Vankor field in 2009.

Fitch also pointed out that the biggest potential gains from new technology have now been mostly achieved. Existing brownfield sites are depleting rapidly and the Russian oil companies are investing billions of dollars in managing declining rates at these fields, it said.

Meanwhile, new fields are located in inhospitable and remote places, so projects require large amounts of capital. Fitch believes oil prices would need to remain above $100 per barrel and the Russian government would need to provide tax incentives for oil companies to invest in additional Eastern Siberian production.

While some greenfield sites are in development, Fitch reckons they will only compensate for the production lost from mature assets. A large-scale development of the Russian continental sea shelf, most of which is off-limits to private oil companies due to legal restrictions, has barely begun. A notable exception is the Caspian Sea shelf where Lukoil is progressing with its exploration and production program, Fitch added.

Fitch sees potential for more joint ventures between Russian and international oil companies in exploring the Russian continental shelf. This is despite the increasing role of Russian state-owned companies in total oil output, as demonstrated by Rosneft's announced acquisition of the 100-percent interest in TNK-BP. The Russian oil sector will also continue to use Western know-how and capital.