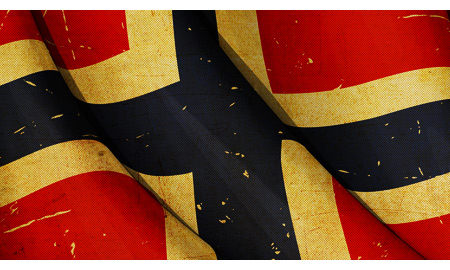 Despite record-high oil sector investments, Norway's crude oil output fell 8.5% on the year to 1.53 million barrels per day in 2012, hampered by technical problems and delays at several fields. Norway's crude oil production has more than halved since its peak in 2000 at 3.12 million bpd.

Gas output, on the other hand, increased 12% to 1.94 million bpd, the directorate said.

Bente Nyland, head of the Norwegian Petroleum Directorate, was, however, optimistic about future prospects: "A stable, high oil price combined with huge discoveries gives reason for optimism," adding that the oil price was an average $112 a barrel in 2012. "This makes the Norwegian shelf and new developments profitable."

Nevertheless, several fields have been hampered by technical problems and maintenance in 2012, including the BP Plc operated Valhall, Hod, Ula and Tambar fields, the Dong Energy AS operated Oselvar field, the GDF Suez operated Gjoa, and Statoil ASA's Njord, Asgard and Troll fields.

In addition, production start-up was delayed at the BP-operated Skarv field, which started pumping in December, and at the Talisman Energy Inc. operated Yme field, after cracks were discovered in its structure.