Shell Scenarios: Keeping an Eye on the Future 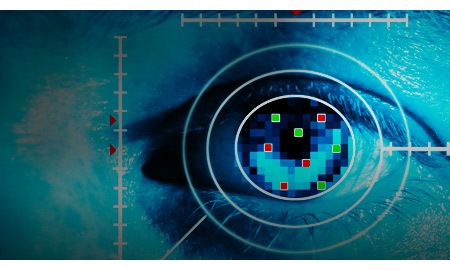 In November, Royal Dutch Shell marked the 40th anniversary of its Shell Scenarios unit – an internal 'think tank' that draws upon the expertise of economists, political analysts and energy analysts to help the firm best prepare itself for the future.

Of course, predicting the future is a tricky business and people who work for Shell Scenarios would never claim to do this. Instead, the team's work is more about coming up with a range of possibilities for the future that decision makers elsewhere in the company can use to help when drawing up their plans.

"The background to it is that a lot of companies and organizations found that just using one prediction of the future is very unreliable, and actually very risky, for business planning," Martin Haigh, an energy advisor on the Shell Scenarios team, explained to Rigzone in a recent interview.

According to Haigh, many companies follow a business-as-usual 'official' future because the common attitude in the business world towards the future is "who knows what's going to happen?". But this can be risky since developments on the sidelines that are either small enough or rare enough to ignore can become 'Black Swan' events that end up "changing the whole system". Hence the need for scenario planning!

The genesis of Shell Scenarios began in the late 60s and early 1970s with a slightly-eccentric man who had a slightly-eccentric name. Pierre Wack, an oil executive employed by Shell, was a Frenchman who followed ideas that had their roots in Sufism; indeed on his way to becoming a business guru in his own right, he often traveled to India to meditate with actual gurus. This background helped him develop an approach to forecasting that involved analyzing known facts in order to come up with a range of potential futures.

It was these scenarios developed by Wack in 1972 that put Shell "on the map", according to Haigh. Wack's higher-level colleagues at Shell were concerned that the company's strategy depended on a set of preconditions that were beginning to look unsustainable. The preconditions were related to the growth of demand and the reliance that the West had on Middle Eastern countries. Would the Middle East countries have the incentive, and the interest, to expand production in order to meet the growth of demand around the world?

"So what [Wack] did was to chart a move away from a single-line forecast, which Shell's business planning had largely been based upon," Haigh said, adding that Wack came up with six possible outcomes.

"One of these was about how there could be a sharp rise in the oil price on the back of OPEC [the Organization of the Petroleum Exporting Countries] forming as a cartel, nationalizing the assets of the oil companies in the Middle East and then controlling the supply of oil to Western countries."

Of course, Wack could not have predicted the 1973 Yom Kippur War – which was a key trigger that brought about OPEC operating as a cartel.

"But he had a lot of the process right and that's what made people really wake up. And it had given Shell about a year ahead of everybody else to think about this possibility," Haigh pointed out.

According to Haigh, Shell also benefited from its scenarios approach later on, in the mid-1980s, when the Shell Scenarios team gamed situations that could lead to a fall in oil prices.

"Everybody got used to prices being quite high then, but the Scenarios team at the time said 'No, that's not necessarily the case!' because of the way that supply was developing in other parts of the world. So, lo and behold, that did help the company probably avoid too many excessive high-cost investments in refineries at the time," he said.

But coming up with scenarios that can be used to help Shell is only part of the battle.

"One of the challenges with this kind of work is that it is one thing to call it right, and that's often what the literature will want to focus on. It's another thing to actually get others to heed that advice or to take it onboard," Haigh said, explaining that Wack talked about "shifting mindsets".

So, as well as writing reports, the team engages with decision makers within Shell in order to explain the Scenarios process and help broaden their outlook.

Shell currently projects a number of scenarios that could take place between now and 2050 under what it calls its "Scramble" and "Blueprint" approaches.

The Scramble model sees governments and businesses rush to guarantee energy security without too much regard for sustainable and environmental solutions. These consider a handful of possible futures that see a "flight to coal", "mandated biofuels" (in which the need for ever larger amounts of transport fuel leads to substantial rises in food prices) and, over time, a rise in the nuclear energy industry.

The Blueprint model, in which difficult decisions are taken sooner rather than later, sees such things as cooperation between governments and businesses emerging to address pollution issues and develop a worldwide emissions-trading scheme and electric vehicles becoming a mass market phenomenon by 2030.

Right now, though, Haigh is concerned with the increasing importance of gas in world energy markets.

"The stories for gas are really about the shale gas revolution, and the question about whether that happens at a large scale outside North America. That's a big uncertainty," he added.

Another big factor with gas over the next decade or so concerns changes on the demand side.

"Gas is very flexible. You can use it across the economy. There are very few [other fuels] you can use in industry, in your home and for generating electricity. Energy is usually much more dedicated," Haigh said, explaining that his energy model finds room for gas in the economies of many different countries "if the price is right".

"A lot of industrial processes still use gas and maybe more of that could come in. There's talk of the reindustrialization of America in that vein because of the cheap shale gas. And maybe, as well, for transport uses, and that's where it might start to substitute some of the oil demand growth, probably more in shipping and trucking to start with. But you never know. In the longer term, probably more in the developing world, it could be in cars as well."

Shell has marked the 40th anniversary of its Shell Scenarios team with the publication of a book: '40 Years of Shell Scenarios'. In the immediate future, the firm plans to publish early next year its latest iteration of Shell Scenarios, which will focus on the development of energy and environmental systems in the 21st Century including the connection between energy, water and food systems and the impact of growing global urbanization.