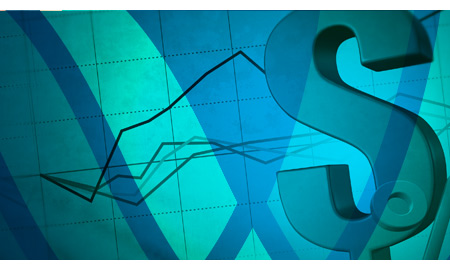 Marathon Oil Corporation announced today a $5.2 billion capital, investment and exploration budget for 2013, approximately 65 percent of which is targeted to the Company's liquids-rich growth assets.

"Our 2013 capital budget of nearly $5.2 billion highlights Marathon Oil's continued focus on value growth, which we expect will generate a 6 to 8 percent year-over-year increase in total Company production, driven by our activity in liquids-rich U.S. resource plays," said Clarence P. Cazalot Jr., Marathon Oil's chairman, president and CEO. "About one-third of our overall budget, or $1.9 billion, is allocated to the Eagle Ford shale play in south Texas where we demonstrated our ability to deliver very strong results in 2012 and recently raised our 2013 production target there to 85,000 net barrels of oil equivalent per day (boed). The economics and well performance we're achieving in the Eagle Ford, along with our ability to drive efficiencies, make this play a focal point of our growth strategy. The Bakken shale in North Dakota and the Oklahoma resource basin are our other two critical plays in the U.S.

"We plan to spend approximately $1.1 billion on base assets across North America, Africa and Europe, including Oil Sands Mining. These large, stable assets are an integral part of our global portfolio and enable us to generate substantial cash flow for investing in our future growth. At the same time, we are constantly working to reduce costs and optimize the portfolio to maximize returns from our base assets.

"Additionally, our 2013 plans to participate in drilling 10 to 13 impact exploration wells in some of the most prospective basins in the world are expected to provide further upside potential," Cazalot said.

"With this budget, Marathon Oil remains committed to financial discipline, a strong balance sheet and creating and delivering value for our shareholders."

Base Assets: The Company plans to spend approximately $870 million on its base E&P assets to provide stable production, income and cash flow. These assets include production operations in Norway, the Gulf of Mexico, U.S. conventional oil and gas plays, Equatorial Guinea, the United Kingdom and Libya. With a continued emphasis on high operational reliability, Marathon Oil will continue to stress a disciplined investment plan and maintain a competitive cost structure for its base assets.

Growth Assets: Approximately $3.4 billion of the capital spending budget is allocated to E&P growth projects. Of that, $1.9 billion is allocated toward the Eagle Ford with plans for drilling 215 - 250 net wells (275 - 320 gross, all company operated) in 2013. Included in Eagle Ford spending is $190 million for central batteries and pipeline construction.

Approximately $540 million is allocated toward other development activities, such as Angola Blocks 31 and 32, the Kurdistan Region of Iraq and Canadian in-situ development.

The corporate budget is expected to total approximately $180 million, of which $119 million represents capitalized interest on assets under construction.

Marathon Oil Corporation is an independent international exploration and production company. Based in Houston, Texas, Marathon Oil had net proved reserves at the end of 2011 of 1.8 billion barrels of oil equivalent in North America, Europe and Africa.

Robert Austin, PE  |  December 05, 2012
Very impressive Budget plan. I see so much strength in your wide range of asset developments. Wish you much success. This presents a Marathon that I have not known of before.
RELATED COMPANIES
Company: Marathon Oil Company more info