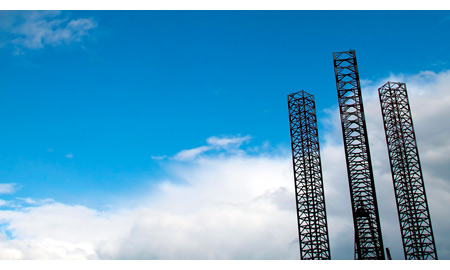 Singapore's Ministry of Manpower confirmed Monday evening (local time) that all Jurong Shipyard workers have now been accounted for after a jackup rig under construction at the yard tilted over earlier in the day.

Eighty-nine workers were hurt as a result of the accident, although the ministry reported that 77 of these have now been discharged from hospital after receiving treatment for minor injuries. Of the remaining 12, six are in normal hospital wards while another six remain under observation.

Speaking outside the Accident & Emergency department at Singapore General Hospital Monday evening, Senior Parliamentary Secretary for Manpower Hawazi Daipi commented: "MOM takes a very serious view of the accident – this is one of the worst industrial accidents we have seen in recent times. The priority now is to look after the injured and ensure that they receive the best care possible. It is also important to stabilize the situation at the work site and investigate the accident thoroughly to find out what went wrong."

The accident occurred Monday morning when one of the three legs of a jackup rig failed, causing the rig to tilt to one side.

The rig was reported to be the Noble Regina Allen (400' ILC), a jackup being built for Swiss rig contractor Noble Corporation.

National Oilwell Varco was understood to have had 18 workers on board the rig at the time of the accident, according to reports.

The Noble Regina Allen rig was scheduled to be delivered during the first quarter of next year to begin work for Gaz de France offshore from the Netherlands. It was designed by naval architects Friede & Goldman and is the first of six jackups in F&G's JU3000N class of rigs. Capable of operating in depths of up to 400 feet, it has a rated drilling depth of 35,000 feet.

James Stevens  |  December 03, 2012
We used to build them all the time here in Brownsville Texas and never had a structural failure like that. I hope they are using better steel than what was supplied with all the camping equipped private labelled for Coleman back in 2004. That cost a pretty penny but did not cause any loss of human life. Trust and Integrity are the key words in this issue. jws tx
RELATED COMPANIES
Company: Noble Corporation more info