BP Will Pay $4.5B in Plea Deal over Macondo 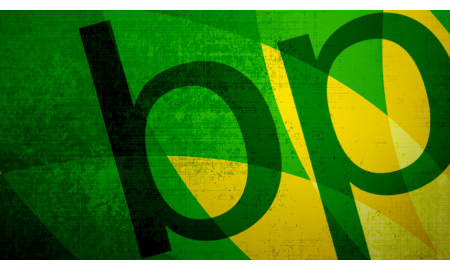 BP announced Thursday it has come to an agreement with the U.S. government to resolve all Federal charges and all claims by the Securities and Exchange Commission connected to the Deepwater Horizon disaster in April 2010.

In a statement, released to the London Stock Exchange at 4:05 p.m. UK time, BP said that all claims with the Department of Justice would be resolved with $4 billion of payments to be made over a period of five years. It will also resolve all securities claims with the SEC by paying $525 million over three years.

BP said that by eliminating the possibility of any further Federal criminal charges against the company based on the accident, it has taken "another significant step forward in removing legal uncertainty and can now focus more fully on defending itself against all remaining civil claims".

"All of us at BP deeply regret the tragic loss of life caused by the Deepwater Horizon accident as well as the impact of the spill on the Gulf coast region. From the outset, we stepped up by responding to the spill, paying legitimate claims and funding restoration efforts in the Gulf. We apologize for our role in the accident, and as today's resolution with the U.S. government further reflects, we have accepted responsibility for our actions."

As part of the deal, BP has agreed to plead guilty to 11 felony counts of "misconduct or neglect of ships officers" relating to the loss of the lives of 11 people as a result of the accident. It will also plead guilty to one misdemeanor count under the Clean Water Act, one misdemeanour count under the Migratory Bird Treaty Act and one felony count of obstruction of Congress.

The news followed another statement that BP released to the LSE early Thursday in which it confirmed it was in advanced discussions with the DOJ and the SEC over resolving criminal and securities claims against the company.

However, BP also pointed out that the proposed resolutions are not expected to cover Federal civil claims, including Clean Water Act civil claims and Federal and state Natural Resources Damages claims; nor would it cover private civil claims that were not covered by the Plaintiff's Steering Committee settlement in April, private securities claims or state economic loss claims.

Oil sector analysts at London-based investment bank Canaccord Genuity noted that a settlement along the lines disclosed would only be a partial resolution of the many claims against BP.

"No possible settlement figures have been disclosed yet, but they are only likely to represent a limited part of the total penalties BP will end up paying. The largest single element could still be penalties under the Clean Water Act (CWA), which is not included in the current discussions. BP has provisioned $3.5 billion for CWA penalties, but the maximum possible CWA fine under a finding of gross negligence could top $20 billion, so a much larger figure than that provisioned looks highly likely," the bank said in a research note Thursday lunchtime.

The Deepwater Horizon explosion on April 20, 2010 resulted in the largest offshore spill in U.S. history.