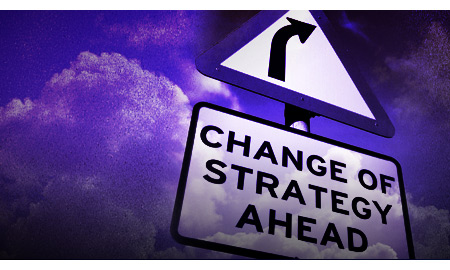 Much like the United States, reactions were mixed globally as President Obama was re-elected for a second term.

The London-based Reuters news agency pointed out that energy companies will likely see more regulation in President Obama's second term, with less access to Federal lands and water even as the administration promotes energy independence. Although during his re-election campaign the President pledged to cut oil imports by half by 2020, Reuters noted that he also said he would roll back subsidies for oil companies and reduce the nation's reliance on oil by mandating production of more fuel-efficient vehicles.

The London Evening Standard newspaper alluded to the difficulties President Obama will continue to have working with a Republican-dominated House of Representatives but added: "Mr. Obama is now free from the constraints that come from having to seek re-election again. He can get to grips with the crucial issues – the economy and unemployment."

French financial newspaper Les Echos also picked up on Obama's failure to find a way to deal with the Republicans.

"The great failure of President Barack Obama has been in overcoming the paralysis that has settled in after the loss of the Democratic majority in the House of Representatives in 2010," it said.

Spain's El Pais newspaper commented that President Obama's second term will be "full of pitfalls" and that he would be presiding over a country that is "sharply polarized."

Asian leaders reacted positively to the re-election of President Barak Obama Wednesday, amid notable relief in various countries that the United States would not be adopting a more confrontational approach towards China.

The Straits Times, Singapore's daily, said in an article Wednesday that many Asian countries appear to favor a re-election of President Obama as presidential candidate Mitt Romney's proposed foreign policies were far more aggressive, taking a harder line of China economically and militarily.

From Beijing, President Hu Jintao congratulated President Obama on his re-election, noting "positive progress" in Sino-U.S. relations over the past four years.

"China will look to the future and make continuous efforts for fresh and greater progress in the building of China-U.S. cooperative partnership," the country's Ministry of Foreign Affairs said in a published statement on its website.

Streaming in from Northeast Asia, the sense of approval was clearly conveyed in congratulatory statements from the Japanese Prime Minister Yoshihiko Noda and South Korean President Lee Myung-bak.

Noda told reporters Wednesday that he has "sent a message congratulating [President Obama] on his re-election and expressed his wishes on Tokyo's desire to continue cooperating with the U.S."

Lee meanwhile said that he is "very pleased that the American people chose President Obama," and added that he is sure that the South Korea-U.S. alliance will continue to develop in the future."

Malaysia's Prime Minister Datuk Seri Tun Razak said in a statement Wednesday that "in winning this historical election, the President has a unique opportunity to realize his vision for the U.S."

Singapore's Prime Minister Lee Hsien Loong offered his congratulations and wrote on his Facebook page that he "looks forward to continue working with President Obama and his administration to strengthen relations between the U.S. and Singapore."

In a published statement Tuesday, Lee said President Obama's re-election will ensure that there is "some continuity" in the United States' renewed interest in Asia.

Thailand's Prime Minster Yingluck Shinawatra – who will be one of the first foreign leaders that President Obama will meet after his re-election – sent her congratulations, stating that she was "not surprised" by his re-election.

President Obama will most likely visit Thailand first in his second term during a Southeast Asian sweep, which will also include Myanmar. The visit will take place prior to the Nov. 20 East Asia Summit with The Association of Southeast Asian Nations (ASEAN) leaders in Cambodia.

re: Edward  |  November 09, 2012
So let me get this straight. ... been reduced to a hunter/gatherer existence for economic reasons, still has either the money to pay for his internet service at home or the time to walk (assuming you cant have a car and gas if youve got no money for food) to the public library to use the free internet. Either way, this argument fails. Youre either economic incompetent, or if youre accepting free government services that private companies can provide, youre a closet socialist. The third option is that youre some kid with a runaway imagination in your Mamas basement. In any case, pick up the classifieds and do what your parents did, get a job, sir. Push a mop, perform surgery. I dont care. Just stop infecting the general population with yer whining. Seriously, people, the election is over; It is what it is. Write down your thoughts on a Hurt Feelings Report and get back to working hard. If youre living under a bridge, dig yourself out of it instead of blaming the government, Obama, or whoever else is convenient. And if you didnt vote or contribute your time or money to a political campaign (even the coins you found under your sofa cushion, Edward), you dont get even get to have a Hurt Feelings Report, or the right to complain.
Dustin  |  November 09, 2012
The last time I checked, oilfield production is up from January 2009. Not to mention that the Dow Jones is up over 30% (may be ~35% or so). The oil industry is booming, domesically and globally, and many companies are in need of workers in all aspects of the industry. Is Obama the reason why things are booming? Absolutely not. Remember the president cant wave a magic wand and force companies hire more people, or increase or decrease interest rates, or make the oil industry produce more O&G. To think the president alone has the power to do these things is giving him a lot of credit where credit is not deserved.
Kevin Smith  |  November 08, 2012
A 70% increase in foodstamps and a 30% increase in welfare from 2008-2012. Obama Care will cause small businesses to hire part time workers to avoid paying for healthcare. Who knows what will happen to the oil industry. We currently have large supplies of oil and natural gas. If only we could get enough vehicles converted to natural gas, but I do not see that happening. If you work hard and save money in this country you cannot get 2% interest, while we are becoming a welfare nation. Hell the government will even provide you with a cell phone. The Northeast turned away a convoy of electric companies from the South because the where not Union Workers to help restore power. What has happened to this country? Wake up America!!!
Bill  |  November 08, 2012
If Obama gave a damn about the enviroment and saving resourses, he would cut the speed limit on all roads to 55 mph. My deisel gets 7 more mpg at 55 than 65. He does not care about anything but himself and screwing businesses. He is a socialist. Hail King Obama! God HELP the USA.
edward  |  November 07, 2012
It says comments subject to editorial review. That means if it offends 1 person you wont printit! I dont think you got moxy to print anything unless it favors Obama! Prove me wrong.
edward  |  November 07, 2012
I just want to make sure everybody gets their fill of Obama this time! Everything Obamas for Im against! Hes bad for busines and bad for America. The people wanting free stuff reelected him over the good of the country! Well see how that works out as unemployment ticks up and the tax revenues slow along with the free stuff. People in this country have never been hungry but they are about to be! I have never eat things that would make a billy goat puke like Stallone says in Rambo but I have eat groundhog squirrel rabbit deer possum and various birds. Dont say you wont cause you just might end up that hungry!
Guy T  |  November 07, 2012
Might be good for china, but I do not think it is good for the oilpatch and espescially not good for the Canadian oilpatch.