Musings: Shale Gas Being Attacked On Safety And Emissions 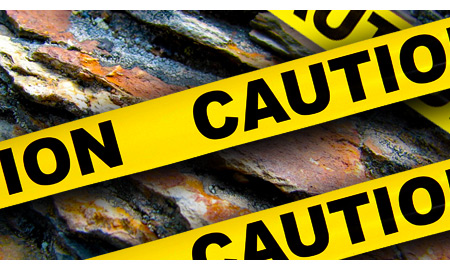 The American shale revolution, which has turned conventional U.S. energy strategy on its head, has recently come under attack on two fronts and from two studies. On one hand, the entire technological foundation of hydraulic fracturing of oil and gas bearing shale formations has been attacked by a study prepared by the federal government's General Accounting Office (GAO). The other study, prepared by the Tyndall Manchester Center for Climate Change Research in the UK, challenges the view that just because the United States has increased its use of natural gas in place of coal in generating electricity, global carbon emissions have not been reduced. In fact, these emissions may be greater.

In the case of the GAO study, which appears to be based on a review of a number of recent studies dealing with air and water quality due to the increased use of hydraulic fracturing over the past several years, they essentially found few problems. Rather, the GAO weighed in with a view that there is no conclusive evidence of fracturing's inherent safety. The conclusion seems to be a case of being unable to disprove a negative conclusion. With respect to air quality, the GAO study had the following to say.

"According to a number of studies and publications we reviewed, shale oil and gas development pose risk to air quality. These risks are generally the result of engine exhaust from increased truck traffic, emissions from diesel-powered pumps used to power equipment, intentional flaring or venting of gas for operational reasons, and unintentional emissions of pollutants from faulty equipment or impoundments." It appears the GAO can't point to a definitive study documenting these risks. And then the GAO points to state regulators from Pennsylvania who say that the fracturing process does little of consequence to hurt human health.

With respect to water contamination, the GAO references a 2012 University of Texas study on drilling that discusses the potential impact on watersheds susceptible to temperature changes due to reduced water flows after withdrawal of water for fracturing. They also cite three studies from 2011 – the Center for Rural Pennsylvania that found "no statistically significant increases in pollutants" and the Ground Water Protection Council that also found no incidents of groundwater contamination caused by fracturing. The GAO also pointed to a Duke University study of the Marcellus and Utica shale formations that found methane in watersheds regardless of whether fracturing had occurred. Again, no real evidence tying fracturing to groundwater pollution.

The GAO wrote, "Regulatory officials we met with from eight states – Arkansas, Colorado, Louisiana, North Dakota, Ohio, Oklahoma, Pennsylvania and Texas – told us that, based on state investigations, the hydraulic fracturing process has not been identified as a cause of groundwater contamination within their states." But the GAO then cautioned that there was insufficient evidence to definitively make that call. Really? The GAO suggests there needs to be greater monitoring and transparency of the chemicals injected downhole. To us, this report is another step toward building the case for federal regulation of fracturing.

Turning to the Tyndall Center report, the case is made that while U.S. carbon emissions have fallen by 8.6% since 2005 due to the increased use of shale gas in generating electricity and the corresponding reduction in the use of coal, the fact that U.S. coal exports rose during this period, global carbon emissions have gone up. According to the researchers (and this is their second such report) unless either coal exports are stopped, i.e., the coal is left in the ground, total carbon emissions will be greater with the development and increased use of shale gas.

Since the Tyndall Manchester study was done in England, which is burning more coal due to the decline in its onshore and North Sea gas resources and the fact that imported coal is cheaper than imported liquefied natural gas (LNG), there is a clear bias against coal. But to blame the development of the U.S. gas shale deposits for an increase in global carbon emissions since more coal is being exported from the U.S. is difficult to understand. Where exactly do they think all their additional power will come from- the Tooth Fairy?

Bassam El Wazni  |  November 09, 2012
unfortunately,after all the advance in technology and the development in science, the world becomes more worse and people are getting poorer. look to the economic situation in USA and Europe. Also, Africa and Asia are getting worse hence, some one would ask those with the sense of duty of care; do we really need all the energy being extracted from earth for our will being or do we need to do things in different way.!!
Steve  |  November 09, 2012
One problem left unmentioned is the waste product pumped back down hole. Any serious person knows you do not want this sh*t anywhere near you, or in your watershed. Let me be clear. Fracking is great and could and should be expanded. Nat gas will displace coal in the USA as prices continue to decline as supplies rise. We should take the lead in the disposing of our waste product in an environmentally sound manner. It only takes one screw up to taint an entire industry.
EnviroEquipment.com  |  November 07, 2012
I dont think you can take the Tyndall Manchester Center for Climate Change Research study too seriously because, well, consider the source which is an organization almost assuredly biased against any type of energy other than wind and solar. The GAO study, however, can be taken with a grain of salt and should be a wake-up call to the gas industry. It sounds to me like they have to do a far better job of recapturing in the gas used in flaring as doing so would not only reduce air pollution but could even positively impact the gas drilling companys bottom line by reducing wasted natural gas.
hosein-davodi  |  November 07, 2012
It appears that emission and pollution from shale gas is greater than coal,it must be consider precisely and academically by universities and also research centers globally.Energy(Oil & Gas section) cant close its eye from this grand source,but industry must allocate more budget for reduction of impacts(adverse effect )on environment.
Mr. H.  |  November 07, 2012
We have just re-elected the Tooth Fairy. Order your dentures and be prepared to eat 4 more years of hapless mismanagement.
Deborah Dirk-Haley  |  November 07, 2012
If the United States does not use all available energy resources instead of just using Solar and Wind, I do not see this country moving forward in eliminating our dependence on foreign oil or any other energy resource. This country can continue to discuss emissions problems from the processes of obtaining fossil fuel, but the truth is, as long as China and India continue to blow their brown pollution air to our Western Coasts of California, Oregon, and Washington there will be no clean air if the problem persists.