Why Not a 'Lewis and Clark Project' for Energy? 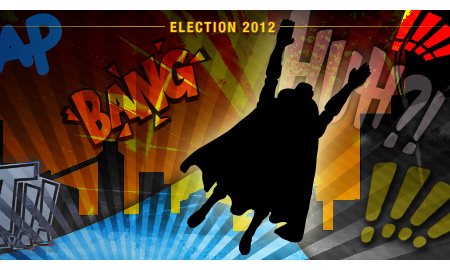 It amazes me to hear people talk about "drill here, drill now, pay less" or support an "all of the above" energy strategy, yet when asked, "drill where to find what?", the response is oftentimes a blank stare or a generic, "on federal lands."

Many people would be surprised to know that regarding our "frontier" regions, those outside of the traditional oil and gas production areas of the Gulf of Mexico, southern offshore California, and onshore continental US, we have precious little actual geological and seismic data to precisely estimate the extent of our resource base. 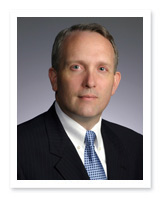 Although, the U.S. Geological Survey, a scientific bureau within the United States Department of Interior, does a remarkable job assessing domestic energy resources, much of its analysis and assessment is based upon scant, decades old data that possesses a high degree of uncertainty.

The complicated scheme of describing our estimated resource base combines statistical assessment, technological capability, and the economics of production only to baffle the public and confuse government officials tasked to divine an energy strategy.

If we are going to make sound decisions about our energy future, we sorely need credible, scientifically reliable data about the country's resource base. The data gathering should not only include oil & gas, but also coal, uranium, water, wind, and geothermal resources.

That's why Governor Romney's proposal to conduct a comprehensive survey of America's energy reserves makes so much sense. It should be promoted as a "Lewis and Clark Project" to gather much needed technical information about what lies beneath our onshore and offshore property.

In the closing days of the 18th century, Napoleon Bonaparte began maneuvering to restore France's territories in North America. By late 1802, Spain transferred its territory west of the Mississippi along with the shipping rights through New Orleans back to France. American access to the port's warehouses became a critical commercial issue for the United States.

In 1803, President Thomas Jefferson dispatched Secretary of State, James Madison, to join U.S. Minister to France, Robert Livingston, in negotiations to purchase New Orleans along with all or part of Florida. Their ultimate objective was to secure U.S. rights to access the Mississippi River and the port. They were authorized $10 million for the purchase.

As conditions changed and war with the British appeared likely, Napoleon reconsidered France's place on the continent. When Madison arrived in France in April, 1803, the deal the French presented was for the sale of all of Louisiana – 827,000 squares miles, twice the area of the U.S. Although taken aback, by April 30th, Madison and Livingston reached an agreement to purchase the Louisiana territory, including New Orleans, for $15 million — well in excess of the initial authorization.

The official announcement of the Louisiana purchase was made in Washington on July 4, 1803. The Senate ratified the treaty sale on October 20th and the U.S. took formal possession of the territory in December, 1803.

What is most fascinating, however, is the fact that in January, 1803, before he even knew how the French would react to Madison's misson, Jefferson was preparing for the future. In a confidential letter to Congress, dated January 18, 1803, Jefferson requested an appropriation of funds for the exploration of the continent "for the purpose of extending the external commerce of the United States" and to "incidentally advance the geographical knowledge of our own continent." That letter secured $2,500 from Congress to cover the costs of the venture we now know as the, "Lewis & Clark Expedition."

Modern parallels can be drawn between the Lewis & Clark Expedition and our current need to survey our energy resources today. As in the early 1800's, we have a notional understanding of our frontier regions. We are in the early stages of assessing those resources, especially regarding federal offshore properties. Development and production in most of these regions is many years, if not decades, away. However, paraphrasing Mr. Jefferson's letter to Congress, today we must "advance the geologic knowledge of our own continent."

A "Lewis and Clark Project" managed by the USGS to evaluate our nation's energy resources is long over due. If we are going to address our energy situation and craft a rational energy policy, we need to have reliable information about our options. This includes credible data about our energy resource base: oil, gas, coal, uranium, geothermal, water, and wind. Putting off this important survey program will not only delay our ability to access these resources when we need them, but also drive up the cost because the risks associated with investments made on highly uncertain assessments is greater than those made on high quality assessments. Likewise, revenues to the government generated from bids on federal production leases would likely be higher if bidders had better knowledge about what the lease may contain.

The "Lewis and Clark Project" may also assist in determining where we should not proceed with energy development. For example, a National Marine Sanctuary System with 14 established sanctuaries exists today. Geologic and seismic data collection from "Lewis and Clark" could be coordinated in partnership with ongoing NOAA activities surveying met ocean and benthic environments to identify highly sensitive areas or support protective zones to avoid or mitigate impacts from possible future development activities. Understanding where and how to develop resources is as important as knowing what lies below the surface.

An initiative such as the "Lewis and Clark Project" should be something everyone can agree to support. This country faces tremendous challenges in deciding how to pursue energy development. A rational, well conceived energy policy is long over due. Adding to our knowledge in order to guide sound policy decisions should be a bipartisan priority.

John Hritcko, Jr., is a Houston-based engineer and natural gas industry executive. This column originally appeared on his blog, "Bridge to the Energy Future."