He Who Makes the Rules... 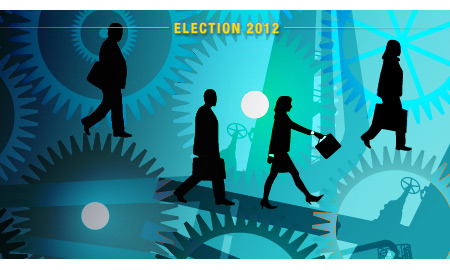 In any game of life, the players need to know the rules. We teach children to play fair, but play by the rules. We give students strict guidelines, and we measure their behavior by their compliance. Civil society gives businesspeople laws, regulations, and standards, which dictate how their businesses are to operate.

Unfortunately, the regulatory schemes, which continue to come down from Washington bureaucrats, leave players in limbo. Much of this new and expanded oversight negatively affects the energy-producing and consuming companies based here in Louisiana, although carbon-based energy in our state is not alone as a target.

Years ago at a legislative hearing in Baton Rouge, testimony came from an environmental activist that foretold what would become the mantra of the current administration's energy policy: no production OR consumption of energy. The public understands that government oversight is crucial to safe and responsible development of natural resources, but regulations are expanding far outside the limits of legislative authorization.

Following the Deepwater Horizon explosion and oil spill, the most disconcerting for Louisiana and Gulf Coast employers and employees were those rules and regulations from the Department of the Interior dealing with drilling for oil and gas in the Gulf of Mexico.

The six-month moratorium on deepwater drilling in the Gulf of Mexico caused not only the drilling companies, but also their employees, suppliers and vendors a great deal of concern about their futures. While the moratorium was supposedly for deep-water drilling only, numerous notices followed it to lessees and operators in the entire Gulf, including those companies doing their business in the shallow waters. The administration is now being held in contempt of federal court for illegally imposing the moratorium on drilling.

Overregulation, permitting delays, endless reviews, and senseless litigation interfere with all forms of energy production, from oil and gas drilling to nuclear and coal power generation, and even to the construction of wind farms and solar plants. No longer can we depend on our lawmakers to promote a rational approach to regulation that takes into account economic consequences of their decisions. Instead, we see the imposition of rules from behind closed doors, without input or scrutiny from the public or those affected.

Predictability went out the window with many of these new rules, particularly the rules that the players don't understand--nor can the regulators explain. During the moratorium and "permitorium," a serious effort was made to link companies with personnel within the Bureau of Ocean Energy Management, Regulation, and Enforcement (BOEMRE), so companies could ask questions and get answers about the newly imposed rules. To the discredit of BOEMRE, its personnel didn't understand the rules and could not give guidance. As a result, many oil and gas investors moved their financial investments to ventures that are more predictable. Rig owners who moved their rigs out of the Gulf are coming back ever so slowly

A 2011 study by the U. S. Chamber of Commerce found that 351 energy projects had been delayed by federal regulations during the prior year. These projects were not only oil and gas; they included solar, wind, wave, and bio-fuel, coal, nuclear, and energy transmission projects. The regulatory barriers, the inefficient review processes, and the lawsuits or threats of legal action caused most delays and cancellations. The study's authors also estimated trillions of dollars of lost GDP and employment earnings, as well as negatively affecting job creation.

Outside Louisiana, the oil and gas industry is also feeling the negative impacts of the regulations, the extremely lengthy approval process, and the resulting delays. Oil and gas production on federal lands is seeing delays for over 40,000 proposed wells, costing almost 65,000 jobs and billions of dollars in wages every year, per a report from the Western Energy Alliance.

The Department of the Interior isn't the only federal department that is using regulation to impose its will on the business community. Howls are also coming in response to a host of new rules coming from the Environmental Protection Agency (EPA). Those EPA rules could well add to the effect of low prices for natural gas to shut down most of the drilling in northwest Louisiana's Haynesville shale and prevent new drilling in the Tuscaloosa Marine shale across central Louisiana, again to the detriment of Louisiana companies and employees. 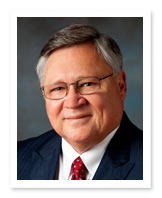 Louisiana companies and their employees stand to be great winners if our national goal were truly "energy independence." Instead, the reverse has been true throughout America. Slowly, gradually, we will realize the toll in big numbers of job losses, company closures, and higher prices for oil and gas. Louisiana will then be the big loser, as will the rest of the nation that is dependent on oil and gas coming from the Gulf of Mexico.

Daniel L. Juneau is president of the Louisiana Association of Business and Industry (LABI), having previously served as LABI's vice president of Governmental Relations and director of the Taxation and Finance Council from 1986 to 1988.

Les Oakes  |  November 01, 2012
The RULES have not really changed apart from API RP53 now being a mandate instead of a set of recommendations and that Third Party verification / certification of compliance is now in force. Louisiana isnt losing a thing due to new "regulation." I am from Louisiana and just got back from doing a compliance job on the OCS... we are back on track.
Most Popular Articles
RECENT US Elections 2012 ARTICLES
Read all 41 articles
RECENT US Elections 2012 IMAGES
view iamge library
RECENT US Elections 2012 IMAGES
Oil & Gas Job Suggestion
Related Articles
700K Industry Pros can’t be wrong.   700K Industry Pros can’t be wrong.
X