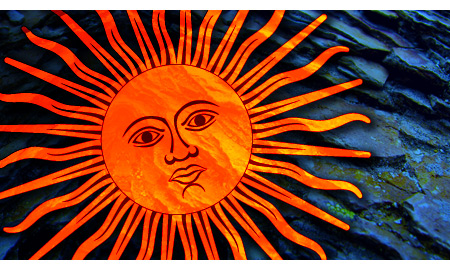 "Shale gas and tight oil have big potential, but billions of dollars in investment are needed," Daniel Gerold, director of G&G Energy Consultants, said at a summit of business leaders Friday.

Mauro Soares, the director of non-conventional resources for local oil company Tecpetrol, said a functioning domestic oil and gas market as well as clear concession and fiscal rules are needed.

"The good news is that the geology and infrastructure is there," Mr. Soares said.

Argentina ranks third in the world, behind China and the U.S., in potentially recoverable shale-gas reserves, with 774 trillion cubic feet, according to a study last year by the U.S. Energy Information Administration. Argentina also has large quantities of shale oil.

Analysts and executives say that developing those resources will require billions of dollars in foreign capital. But unpredictable energy policies have proven a major impediment to attracting significant money to Argentina's oil and gas industry.

Earlier this year, President Cristina Kirchner expropriated a 51% stake in Argentina's largest oil and gas producer, YPF SA, from Spain's Repsol SA in a dispute over investment. The government has hinted that Repsol might not receive any compensation.

In July, the Kirchner administration ordered oil companies to submit annual investment plans for state approval. The government will also set reference prices for oil and gas that will allow producers to cover production costs and obtain a "reasonable" margin.

Regulatory uncertainty also extends to the provinces, where several provincial government's rescinded YPF concessions in the weeks before Mrs. Kirchner seized control of the company.

In April, Neuquen Province revoked Tecpetrol's concession following allegations that it and other companies had failed to invest enough to increase output.

Companies also complain in private that federal price caps on natural gas give them few incentives to invest in production and exploration.

Argentina stopped exporting gas in the middle of the last decade as it prioritized its falling gas reserves for its booming economy. Declining output and low prices that have stoked consumption have forced Argentina to import growing volumes of much more expensive gas from Bolivia and distant Trinidad & Tobago.

YPF is making a big push to develop its unconventional resources.

About half of YPF's long-term exploration plans are for shale gas and oil, YPF's director of strategic planning and business development, Fernando Giliberti, said at the conference.

In September, the company signed a memorandum of understanding with Chevron Corp. to explore for unconventional energy.