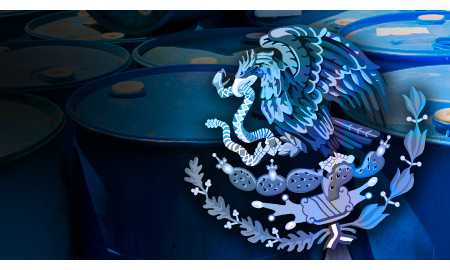 With the new "Supremo" deposit, Pemex expects to book new oil reserves of up to 125 million barrels, using the broadest measurement of proven, probable and possible, or 3P, reserves, Mr. Calderon said at a press conference.

The well was drilled in 2,900 meters of water and is 1,100 meters below the sea floor, making it one of the deepest wells ever drilled in the Gulf of Mexico, the Mexican president added.

The discovery follows one of light crude unveiled in late August in the Perdido area of the Gulf, from which Pemex expects to add between 250 million and 400 million barrels of 3P crude reserves. That well was drilled in 2,500 meters of water.