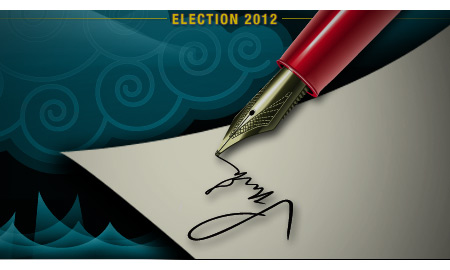 Both energy consumers and those involved in the oil and gas industry understand the positive benefits of expanding hydrocarbon production to our economic future. Study after study shows the industry is creating almost $1 billion in daily economic activity and may be helping the nation avoid a second recession. Polls show that the majority of voters can see this positive impact on a daily basis, especially those living in regions around the major plays. In spite of this, bureaucrats in Washington are blocking, or at the very least limiting the industry's access to our natural resources. The latest example is something called the National Ocean Policy. Never heard of it? Most people haven't. But you need to know what it could do to your pocket book.

The new National Ocean Policy is the latest of a string of recent actions by the federal government that hamstring our ability to harvest oil and gas resources off our shores. As one example, the Gulf of Mexico moratorium shut down all permitting and drilling activity in the region for many months, idling rigs and leaving thousands without jobs. This was followed by a five-year Outer Continental Shelf leasing plan that proposed the fewest lease sales of any plan since the program began in the 1980s. 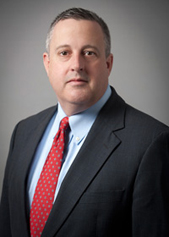 While the Administration claims the plan won't block additional offshore development, it is difficult to reach that conclusion when details of the plan are loosely defined. Representatives from the U.S. House Natural Resources Committee have repeatedly requested additional information on the plan. The requests have gone unanswered. No doubt House members are wondering what potential impacts the new plan may have on offshore development in light of prior restrictive actions in the Gulf and other offshore areas.

Considering the National Ocean Council last summer proposed to "reduce the impacts of stressors over which we have more direct control," such as "resource extraction," in reference to addressing climate change issues, it would appear the apprehensions of the Committee members are well placed.

Interior Secretary Ken Salazar has already reversed previous plans for expanded offshore development, citing the National Ocean Policy Executive Order in part as justification. This means one office of Administration is justifying its actions based on another office that no one knows anything about. This didn't sit well with groups like the Outer Continental Shelf Governors Coalition, which recently sent a letter to the President saying they are "concerned about the lack of communication from the federal government on critical matters that affect our coastal development."

Advocates for the policy say they only wish to create a framework for enforcing current offshore regulations. But this is a tough argument to swallow, considering the foundational document for the policy states that the initiative will "require clear and easily understood requirements and regulations, where appropriate, that include enforcement as a critical component."

One thing is certain: development of the nation's offshore resources holds great promise for our economy. In spite of these recent roadblocks, offshore oil and gas activities were responsible for contributing roughly $121 billion in economic output last year. Future potential is even greater, with reports estimating that total government revenues derived from offshore production could reach $2.6 trillion.

With anemic economic growth in other industries, mulishly high unemployment, and an election looming, Interior and the broader Administration should transparently move to free up the industry and allow expanded production of our offshore resources. Their reluctance to do so speaks volumes about the Administration's feelings towards a proven offshore resource base.

We know offshore production can create jobs and economic growth in areas hit by overly cautious government intervention. Studies have shown that just returning to historical production levels in the Gulf of Mexico could provide between 110,000 to 230,000 jobs, with larger offshore development having the potential to create over 1 million jobs. Our offshore resources present the Administration with the ability to practice smart politics and sound economic policy. The National Ocean Policy fails the President, and the American people on both counts.

K. Jones  |  October 05, 2012
Everyone seems to equate oil production with automotive gasoline consumption. Nobody seems to remember that a whole host of plastics and other polymers come from petroleum. Restricting the American petroleum industry in any way affects the pricing of virtually everything. Green energy is great, but you cant make a Tupperware bowl out of wind.
Jason D. Edwards  |  October 02, 2012
This is an awesome move by Oboma. Lets put 54 people on the payroll that probably dont realize that gasoline is a by product of Oil. These same 54 people will drive up the price of Oil and Gas with ignorant decisions made from there misunderstanding of Deep Water Oil and Gas exploration. Macondo WAS NOT an oversight for those who know nothing about Deepwater exploration. Before you put your foot in your mouth read the reports. BP was too stupid period. The US could produce enough Oil and Gas to sustain our economy and not be dependant on the middle east if it wasnt for the ignorant green peacers all over the East and West coast. Thanks you!
David Cole  |  October 02, 2012
This is another in a long list egotistical beauracies running rough shod over the interests of 90% of the American public with the grandeose assumption that DC know best and people are the pawns in the political game of government. Obviously, the existing department regulators slept through the Discovery disaster in the Gulf by not montoring BPs operation and requiring that safety rules already in place to be followed. A disaster happens and "lets cover up the blame with a layer of new procedures and requirements" is the choice of methods to enhance their importance of operation.
Jerry A  |  October 01, 2012
This apparently “semi-secret” National Ocean Policy is just another example of the Obama administration’s march to socialism. First it was the take over of the banks, auto industry, and healthcare. Then it was the environmental effort to bring the economy to it’s knees with the “cap and trade”, restricted drilling in Alaska, offshore east and west coast and the moratorium on drilling in the GOM. This coupled with the blockage of the Keystone XL pipeline, harassment of Fracking-type drilling and the seemingly oblivion to abundant natural gas reserves, with the substitution of solar, biofuel and wind energy, are a travesty to the “common sense approach” that would make this Country energy independent.
Michael Rowan-Legg  |  October 01, 2012
So I gather the author thinks that drilling should take place wherever and whenever the industry wants, without any oversight. Macondo demonstrated what happens when oversight is insufficient.
Dallas Schwartz  |  October 01, 2012
This adminstration has made it crystal clear they are against America havign a robust offshore oil drilling program. Sec. Salazar has repeatedly stated that he favors all other options such as wind, solar and bio so long as Oil is NOT part of the equation. We who favor a vigorous offshore development program are facing the same LIES that were told to us in the manned space program. POTUS stated very clearly when he ran for office in 08 he has no use for manned space flight NOR for Oil. Well at least not American drilled oil. Americans NEED to keep this in mind when election day rolls around; VOTE this crowd the hell out of office before they completely flush us down the 3rd world toilet!
Most Popular Articles
RECENT US Elections 2012 ARTICLES
Read all 41 articles
RECENT US Elections 2012 IMAGES
view iamge library
RECENT US Elections 2012 IMAGES
Oil & Gas Job Suggestion
Related Articles
700K Industry Pros can’t be wrong.   700K Industry Pros can’t be wrong.
X