The Role of Shale Gas in Deciding the US Presidential Election 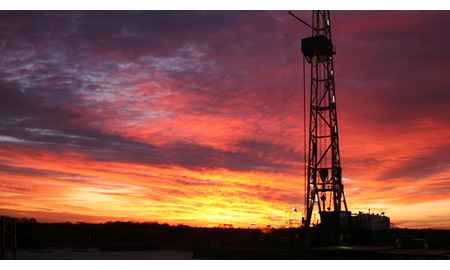 President Obama faces a shale gas dilemma that threatens to damage his bid to secure a second term in the White House, stated the latest report from natural resources experts GBI Research.

The United States is currently endowed with a wealth of natural gas following years of overproduction, and while allowing exports would win friends within the industry and potentially boost the economy, it would anger those seeking to keep domestic prices low, says the new report.

The past few years have seen natural prices falling to around $3 to $4 per million British thermal units (MMBtu), and the U.S. Energy Information Administration EIA expects the annual wellhead natural gas price trend to remain at around $5 per MMBtu until 2025.

K Davis  |  October 03, 2012
right what are we waiting for? I know a ENERGY POLICY
Dallas Evano  |  September 29, 2012
The idea our country isnt booming with steady jobs and working its way out of debt by selling its mass resources to other countries who have gotten rich off Americans for years is worth questioning. I guess Ill just sit at the yard grinding and painting high pressure iron for 40 hours a week. FracSTaR
David Watts  |  September 28, 2012
USA should be using this energy resource more to use its own reserves, reduce the consumption of imported oil and reduce pollution. Hence USA energy costs will significantly lower along with its manufacturing cost. As a bonus the environment will improve through lower emissions comparing gas to oil. What are we waiting for?
William McClenney  |  September 28, 2012
The problem, Rick, is fossil fuels, and fervent belief structures that (a) low-density, ultra-expensive and horridly unreliable "renewable" energy sources such as wind and solar can power the 21st century economy, and (b) the heathen devil trace gas CO2 will cause temperatures to rise, perhaps uncontrollably. Allow me to put this all into context. The Holocene is now right at half a precession cycle old, Five of the last six interglacials have each lasted about half a precession cycle. And solar cycle 24 has already peaked in sols northern hemisphere and may peak in its southern hemisphere in the next year or two. Its going all quiet on us...... The interesting thing here is IF CO2 is the heathe trace devil gas it is made out to be, we had all better hope and pray that it IS. Because IF it is, it could be the only thing approaching a climate security blanket we could throw up there to delay the onset of the next glacial. A now 4 day old paper worth a quality read may be found at http://www.clim-past.net/8/1473/2012/cp-8-1473-2012.pdf
Robert Godfrey  |  September 27, 2012
The current administration is taking a measured, responsible look at a complex problem that is not yet fully understood.
Bill  |  September 27, 2012
The gas story is not necessarily a bad one for OBama at this point, if he leaves it alone, he can claim some credit for it. I wonder how he would act if reelected, would he quit bowing to his environmentalist dreamers and worry more about all of the jobs that gas exploration can generate if left alone? Do either of the candidates recognize how beneficial it would be to support the building of natural gas refueling stations across the country? So many questions so little time.
Greg Leger  |  September 27, 2012
Natural Gas is the cleanest burning natural resource, readily available. We have had the technology to use this for over 50 years. We need an administration that would mandate the use of NG for mass transit, electrical generation, and manufacturing just to mention a few. Why should we allow OPEC to regulate the price of oil???? Americans suffer due to high gasoline prices, which is at least 40% tax in most states, lose jobs, raises the price of all consumable goods. We need to use it, not export it.
Tualatin  |  September 27, 2012
I honestly dont see how the speculation of higher gas prices due to the possibility of future LNG exports will have an impact on the upcoming US presidential election. Election Day is just five weeks away! The only thing that could push prices up to election altering levels within that timeframe is unseasonably frigid weather - and thats not likely to happen by early November. I expect Obama will win. Possibly by a landslide.
Rick Incorvia  |  September 26, 2012
Bottom line is.. We to start using this natural gas ASAP.. No Brainer... What is the problem..
Most Popular Articles
RECENT US Elections 2012 ARTICLES
Read all 41 articles
RECENT US Elections 2012 IMAGES
view iamge library
RECENT US Elections 2012 IMAGES
Oil & Gas Job Suggestion
Related Articles
Regional News
United_States
700K Industry Pros can’t be wrong.   700K Industry Pros can’t be wrong.
X