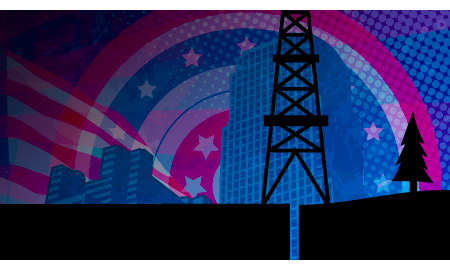 Shale gas development, an activity that scarcely existed 10 years ago, is a U.S. success story that supports more than one million American jobs and generates billions of dollars in government revenues, Jack Williams, president of XTO Energy, a subsidiary of Exxon Mobil Corporation, said Thursday.

In a speech at the Shale Gas Insight Conference in Philadelphia, PA, Williams said that as a result of American innovation, the country has emerged as the clear global leader in shale development as the demand for natural gas continues to grow.

"Wherever we look, we see energy development creating multiplier effects that ripple through the U.S. economy," Williams said. "The World Economic Forum estimated that oil and gas production accounted for nine percent of all new U.S. jobs last year. A significant part of that growth is coming from shale development."

In Pennsylvania, Marcellus Shale development generated $11 billion in value-added economic impact in 2010, while supporting 140,000 jobs and contributing $1 billion in state and local tax revenue, he said. Nationwide, shale gas development is expected to support 1.5 million jobs, and contribute nearly $200 billion to GDP by 2015. Those benefits are expected to double by 2035.

Industry, government -- and a willing public -- must take the right steps to ensure the United States remains a leader in shale development, so that U.S. citizens and communities can enjoy the full economic benefits of this energy advancement, Williams said.

He said the industry must work to improve public confidence in shale development through transparency and education efforts to increase knowledge of industry standards and practices that protect water and air quality.

ExxonMobil has been active in communication and transparency efforts, which include disclosing hydraulic fracturing fluids components, development and publication of operational guidelines to protect air quality and water management and support for a university-based training initiative for state regulators and policymakers.

Policymakers can do their part to support the industry's growth and development by maintaining a stable, transparent and fact-based regulatory environment that encourages investment, he said.

Williams said that because of the size of the shale gas resource, the United States will be able to export liquefied natural gas (LNG), which will increase domestic benefits.

"Just as we do with exports of grain, cars and other American products, exporting LNG can create economic value that would not have existed otherwise," Williams said. "LNG exports could encourage increased domestic gas production, which would, in turn, support the creation of more American jobs."

Eddie  |  September 28, 2012
Looking for energy independence in the US? Shale oil & gas is the answer. The US needs comprehensive framework to ensure this resource is developed responsibly without damaging the environment and polluting groundwater. Energy companies need to be more transparent on their fracking activities and what cocktail of chemicals are in their fracking fluids. Shale oil & gas is a potential game changer and a potential win-win for all.
alvin holtgrave  |  September 24, 2012
Shale oil production is a bubble that will brust in 5 years, need to continue with wind and solar power.
R  |  September 20, 2012
Our govt cant support frcking. No matter who you have in office it,s always about giving the world our fair share. No reason to export nat gas when you can suppress the market and limit growth all the while the Chinese will roll in to buy the assets and take the jobs. Our govt needs to start thinking in the best interest of the public instead of diplomacy. Viva la drill bit.
Joe Allgood  |  September 20, 2012
The american people should be thanking the Oil and Gas companies and their employees everyday for the contributions they are making to the Nation. Not enough is said about the fact they are making us independent from buying from other countries.In the long term it is going to be evident they have played a major role in keeping our country free and able to function without being held hostage by foreign oil producing countries.
RELATED COMPANIES
Company: Exxon Mobil Corporation more info
Company: XTO Energy more info