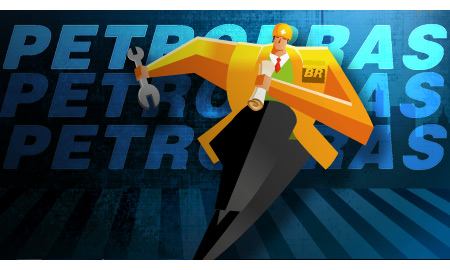 The first well at the field started pumping about 20,000 barrels of light crude oil late Monday to the Cidade de Anchieta floating production, storage and offloading vessel, the company said. Jose Formigli, Petrobras's director of exploration and production, had said last month that first oil at the field would be pumped by the end of August.

The Cidade de Anchieta is one of two new production systems that are planned to start output in 2012, although Petrobras expects daily average crude oil output to remain stable at about two million barrels per day. The company's crude oil output has been undercut so far in 2012 by heavy maintenance at offshore oil platforms and the unexpected shut down of the Frade field operated by U.S. oil major Chevron Corp.

Frade, the site of a drilling accident last November that caused an estimated 3,700 barrels of crude oil to seep into the Atlantic Ocean from cracks in the seabed, was shuttered temporarily in March after a second series of seeps appeared.

Petrobras also expects to bring the Bauna and Piracaba fields, formerly known as Tiro and Sidon, onstream in October. The Cidade de Itajai FPSO will be installed at the fields, with peak production of about 80,000 barrels a day expected by January 2014.

The Cidade de Anchieta will receive oil production from 10 wells, including seven production and three water-injection wells, Petrobras said. The wells will be scattered across the Baleia Azul, Jubarte and Pirambu fields in the so-called "Whales Park" region of the Campos Basin off the coast of Brazil's Espirito Santo state. The fields all carry the Portuguese names of different whale species.

Petrobras holds a 100% stake in all of the fields, with Jubarte being the source of Brazil's first-ever presalt oil production. The presalt reservoirs were discovered beneath a thick layer of salt buried at a depth of about 4,000 meters. The Campos Basin presalt is similar to a cluster of ultra-deepwater discoveries made further south in the Santos Basin, where some of the world's largest discoveries in the past 30 years were made.

Brazil's produced an average 208,900 barrels of oil equivalent per day from presalt fields in July, according to the latest data from Brazil's National Petroleum Agency.