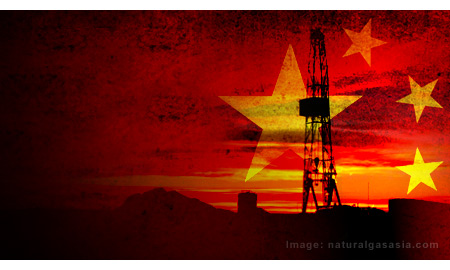 Like gas seeping out of coal seams under the earth, China's coalbed methane (CBM) industry is showing signs of steadfast rise despite challenges expounded upon by Rigzone in April. The awarding of the first ever overall development plan (ODP) has excited the existing players in the industry, with a few of them gearing up for commercial production by 2013.

As rural-urban migration continues unabated, the national demand of natural gas is expected to surge from over 100 billion cubic meters (Bcm) in 2010 to approximately 400 Bcm by 2020, according to a research report published by Bernstein Research on July 20, 2011. Supply can hardly keep pace with such unrelenting demand as China's natural gas production is forecast to reach 200 Bcm by 2020, with non-conventional natural gas – shale gas, tight gas and CBM – accounting for 30 percent of total supply. Within this supply segment, CBM production is estimated to be 20 Bcm. As a result of its projected gas supply shortfall, China wants to see the CBM segment develop at a faster pace as it reckons that CBM will be significantly cheaper than imported gas from Central Asia and imported liquefied natural gas (LNG) priced linked to international oil benchmarks.

Data from Sino Oil and Gas shows that the country started developing its CBM industry in 1996. From 1996 to 2009, China was producing negligible amounts of CBM. The Chinese CBM industry recorded its first real breakthrough in 2010, when the central government announced that the country's national capacity had reached 3.1 Bcm with a production output of 1.5 Bcm. Yet this fell short of its original goal of producing 5 Bcm of CBM in 2010.

In spite of being slow off the blocks, China has raised its production goal to a more ambitious 9 Bcm by 2015, industry watchers told Rigzone in a series of separate interviews.

While the Chinese government appears to be keen on pushing forward CBM projects, the irony is that regulatory approval has not been that forthcoming. This has created a situation where foreign operators are stuck in the exploratory phase of their projects longer than they would like to be.

Navigating through the Chinese regulatory framework is the most difficult hurdle for most foreign operators, industry sources said. Chinese CBM projects are required to operate under production sharing contracts (PSC). Within most PSCs, there is an exploration and development phase. Assuming that exploration is successful, the license holder can then apply for approval of the overall development plan (ODP) - a green light for the company to move into the development phase.

A long ODP approval process presents a tricky problem to CBM projects as many PSCs have requirements to complete their exploration and appraisal phase within three to five years of signing. If the companies are unable to deliver on this, they face a risk of extensions on their PSCs not being granted.

"Obtaining ODP approval is a difficult process, in part due to the structure of the Chinese government and in part due to the country's inexperience in this industry," an industry source who asked not to be named said. "For foreign operators, the risk is extremely high as they do not have control over the approval process," the source added.

The next issue that foreign operators have to concern themselves with is the construction of their marketing channels. For large-scale CBM projects, the ability to connect to major markets is critical, a second industry source explained.

The upside for most foreign operators is that they are sited near major pipelines. But the downside, at least in the short-term, is the fact that the CBM distribution infrastructure is still in its early stages of development. This means that foreign operators are in the short-term, very dependant on local provincial governments which are taking on leadership roles in building gas distribution networks.

First Off the Blocks

At present, there are seven foreign operators that are the main players in the Chinese CBM segment:

Among the seven listed operators, Sino Oil and Gas appears to be taking the leadership role in moving through the regulatory process. The company is the first among the pack to receive an ODP approval from the National Energy Administration (NEA). Sino Oil and Gas announced on August 16, 2012, that it received the thumbs up from NEA with respect to its ODP application in the Sanjiao region. The company told Rigzone on August 27, 2012, that it intends to move its CBM project from the exploration to the development phase by early-2013. Bernstein Research estimates that the company will be able to produce 38 Bcf (billion cubic feet) of gas in 2013, up from its 2012 production figure of 26 Bcf.

"The Chinese government will likely slow down the process of giving out more blocks. It is thus important for a foreign operator to secure a first-mover advantage if it aims to operate in China's CBM market on a long-term basis," a company spokesperson from Sino Oil and Gas said.

The other operators do not yet have ODP approval. However, this appears to be slowly changing when Fortune Oil and its partners are preparing to submit a full ODP in the next few months for the Liulin CBM project in the central Shanxi province. Fortune aims to start selling gas by early 2013.

Full-fledged commercial production is still a few years away as the Chinese state remains rightly cautious about building a solid base of technology and infrastructure to nurture this inchoate industry. There are lingering obstacles to overcome in the Chinese CBM industry; however industry watchers remain optimistic about the segment's prospects. With Sino Oil and Gas having already secured its ODP approval this year, it would be a matter of time before other foreign operators obtain approvals and advance their projects to commercial viability.