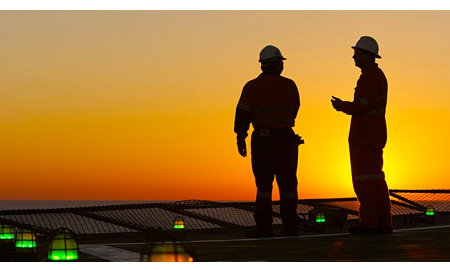 The Norwegian Petroleum Association (OLF) has averted a strike by offshore drilling workers that threatened to shut down installations on two North Sea fields.

On Friday, Industi Energi announced a strike among 159 Norwegian oil drilling workers would go ahead on Sunday after they won a labor court case against OLF, which had challenged the legality of the threatened strike. But OLF has since announced that a last-minute pay deal was agreed.

In addition, the drilling workers have secured other rises in incidental payments, including a $29.25 (NOK 170) increase in the supplement for working on a public holiday to $310 (NOK 1,800).

"We're pleased to have come to terms with Industri Energi over a revised agreement on pay and conditions for drilling personnel," Jan Hodneland, OLF's chief negotiator, said in a statement Sunday.

"This has proved an expensive settlement, but we're glad to have avoided a third offshore strike in one year," said Hodneland.

The strike would have affected drilling workers at installations operated by KCA Deutag in the Ringhorne and Kvitebjoern fields.