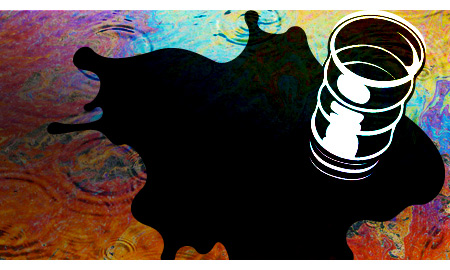 Global oil supply capacity is growing at an unprecedented level, and could result in an overproduction glut and steep dip in oil prices, according to a June 2012 study from Harvard University's Kennedy School of Government.

Contrary to the idea among some that global oil supply is running out, additional production of 17.6 million barrels of oil per day (bopd) could come online by 2020, boosting global production capacity to 110.6 million bopd, even with depletion rates for currently producing oilfields and reserve growth.

"This would represent the most significant increase in any decade since the 1980s," said Leonardo Maugeri, author of the study "Oil: The Next Revolution -- The Unprecedented Upsurge of Oil Production Capacity and What It Means for the World."

Field-by-field analysis of global oil exploration and production projects suggests unrestricted, additional production of over 49 million bopd of crude oil and natural gas liquids could come online in 2020, the equivalent of over half the current world production capacity of 93 million bopd.

After adjusting for risk factors that would impact actual production, the additional production that could be available by 2020 is 29 million bopd.

For this new production to develop, a long-term oil price of $70 per barrel would be needed. At current costs, less than 20 percent of the new production does not seem profitable at prices lower than this level.

"All other producers are capable of increasing or preserving their production capacity," Maugeri said. "In fact, by balancing depletion rates and reserve growth on a country-by-country basis, decline profiles of already producing oilfields appear less pronounced than assessed by most experts, being no higher than 2 to 3 percent on a yearly basis."

Maugeri credited the oil revival to the "unparalleled investment cycle" that started in 2003 and has reached its climax from 2010 on, with three-year investments in oil and gas exploration and production of more than $1.5 trillion.

The aggregate capacity growth will occur almost everywhere, bringing about a "de-conventionalization" of oil supplies. During the next decades, this will produce an expanding amount of what we define today as "unconventional oils", including U.S. shale/tight oils, Canadian tar sands, Venezuela's extra-heavy oils, and Brazil's pre-salt oils.

Iraq, the United States, Canada and Brazil are the four countries with the highest potential in terms of effective production capacity growth, after considering risk factors, depletion pattern and reserve growth.

The fact that three of the four countries are in the western hemisphere, with Iraq the only country in the Persian Gulf, the traditional center of gravity of the oil world, is a novelty, Maugeri said.

Maugeri estimates spare global oil capacity – the difference between the world's total oil production capacity that can be reached within 30 days and sustained for 90 days and the actual production – at about 4 million bopd, which seems capable of absorbing a major disruption from a big oil producer such as Iran.

"In fact, the mere dynamics of supply, demand and spare capacity cannot explain the high level of oil prices today," Maugeri said. Only geopolitical and psychological factors and a still deep-rooted belief that oil is about to become a scarce commodity can explain the departure of oil prices from economic fundamentals.

These factors, and the current global market instability, will make the current oil market highly volatile until 2015, with oil prices likely to fall and spike due to supply and demand fundamentals and geopolitical tensions respectively.

"This will make it difficult for financial investors to devise a sound investment strategy and allocate capital on oil and gas companies."

The explosion of U.S. oil output – the result of the "technological revolution" that made exploiting huge, untouched shale and tight oil fields in the United States possible -- is the most surprising factor in the global picture, Maugeri commented.

"The U.S. shale/tight oil could be a paradigm-shifter for the oil world, because it could alter its features by allowing not only for the development of the world's still virgin shale/tight oil formations, but also for recovering more oil from conventional, established oilfields – whose average recovery rate is currently no higher than 35 percent," Maugeri said.

The United States has more than 20 big shale oil formations, in particular the Eagle Ford shale, which has a hydrocarbon endowment on par with the Bakken. Most U.S shale and tight oil plays are also profitable at a West Texas Intermediate price ranging from $50 to $65 per barrel, making them "sufficiently resilient" to a significant downturn in oil prices.

Combined additional, unrestricted liquid production from the aggregate shale/tight oil formations examined by Maugeri could reach 6.6 million bopd by 2020, in addition to another 1 million bopd of new conventional production.

However, obstacles such as an inadequate U.S. oil transportation system and refining structure, the amount of associated natural gas produced with shale oil, and environmental concerns regarding hydraulic fracturing could hinder this production growth, Maugeri noted.

Taking risk factors and depletion from current fields into consideration, the United States could see its production capacity increase by 3.5 million bopd.

"Thus, the U.S. could produce 11.6 million bpd of crude oil and NGLs by 2020, making the country the second largest oil producer in the world after Saudi Arabia," said Maugeri. "Adding biofuels to this figure, the overall U.S. liquid capacity could exceed 13 million bpd, representing about 65 percent of its current production."

The study was conducted as part of The Geopolitics of Energy Project from the Belfer Center for Science and International Affairs at Harvard.