Polish Shale Gas Has a Future despite Exxon Exit 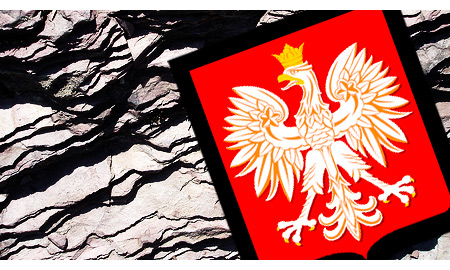 When Exxon announced its intention to exit its shale gas projects in Poland in mid-June the general response in the oil and gas press was that the departure had dealt a huge blow against that country's nascent shale gas industry.

Another development – which has not helped sentiment towards the shale gas sector in Poland – was a report from the Polish Geological Institute in March this year that contradicted a 2011 U.S. Department of Energy report suggesting Poland may have as much as 171 trillion cubic feet of shale gas. The Polish report estimated that only 24.8 trillion cubic feet of recoverable shale gas reserves exist in the country.

Investors involved in the Polish shale gas sector have become more than a little nervous to say the least. For example, since March's report from the Polish Geological Institute San Leon Energy, which describes itself as "a significant player in the Polish market", has seen its shares lose around 25 percent of their value on London's Alternative Investment Market.

Of course, shares in many European oil and gas juniors have taken quite a hit in recent months, mainly in response to the Eurozone economic crisis, but Exxon's departure from Poland will not have helped firms such as San Leon drum up financial support for their own Polish plans.

However, 24.8 trillion cubic feet is still a very large amount of shale gas that, as Poland's deputy environment minister said at the time, would make Poland Europe's third-largest holder of gas reserves.

Poland, along with its eastern European neighbor Ukraine, sees the large resources of shale gas available in the country as attractive. Both of these countries, for political reasons, would prefer to escape their reliance on natural gas supplies from the Russian Federation.

Shale gas development is certainly tough to do in Eastern Europe, particularly when compared to U.S. shale gas development, due to difficult land access, inadequate infrastructure, increasing protests against hydraulic fracturing and limited availability of drilling equipment. But the stranglehold that Russia's Gazprom has over the eastern European gas market, thanks to its near monopoly over gas in the region, means that there is political will within the Polish government to drive shale gas development forward.

Poland would also benefit from an economic stimulus in terms of the tax receipts that a vibrant shale gas industry might provide, as well as the employment that domestic production would deliver.

The political will to deliver shale gas in Poland is backed up by what New York-based GBI Research describes as "suitable fiscal regimes" in the country.

However, there are significant issues to be overcome in Poland, such as the lack of a competitive market when it comes to drilling contractors and equipment suppliers, according to GBI.

In a recent report, called "Gas Shales in Europe, 2012", the research firm pointed out that there is limited availability of drilling contractors and land rigs for shale development in the country. While there were around 15 land rigs available in Poland in the summer of 2011, of which only five could be used for drilling deep shale wells, as many as 50 rigs will be needed by 2020.

Other issues include land access and infrastructure problems, as well as environmental concerns, that are likely to hinder shale gas development.

For instance, as GBI points out in its report, large parts of shale gas license areas in Poland are located in high-population areas near major cities, including Warsaw, Gdansk and Lubin. Other license areas cover agricultural land and tourist destinations.

"Such locations will require comprehensive environmental impact assessments before any major development can take place. These issues are compounded by the transportation infrastructure in Poland, which is not suitable for allowing access to heavy equipment for shale development. The roads are in poor condition and the railroad infrastructure is inefficient and does not provide last mile connectivity," said GBI.

One positive for the shale industry is that the Polish government has taken an opposite stance to shale gas drilling than that seen in some other European countries. While Bulgaria and France have both opted to ban fracking, in line with demands from the public, Poland has severely opposed any unrest against fracking and has stated that government-commissioned tests have proven fracking to be environmentally safe.

Still, there is always the risk that the European Commission could bend to the public pressure throughout Europe that is calling for a thorough investigation into fracking and a European ban. Poland, an EU member state, would have to submit to such a ban if it were ever introduced.

However, those currently involved in Poland's shale gas industry should be reassured by the fact that majors Chevron and ConocoPhillips are continuing their shale operations in the country. Big independents, such as Talisman Energy and Marathon Oil have also accumulated what GBI describes as "sizable acreages" in shale gas basins in Poland.

Chevron has four licenses to explore for natural gas from shale formations in southeast Poland. In October last year the firm completed a 12-month 2D seismic acquisition program across these licenses and data collected in this program was used to plan a multi-well exploration drilling campaign. So far, drilling has been completed on two wells in two different concession areas and results are currently being evaluated.

ConocoPhillips has been cooperating with Lane Energy in Poland since 2010, when the two companies began drilling and evaluating the potential of six licenses in northern Poland. More recently, in March this year, ConocoPhillips took over the operatorship and a 70-percent stake in three shale gas concessions in Poland from the UK firm 3Legs Resources.

Clearly, results from the drilling campaigns conducted by these two majors will play a big part in deciding the future, and scale, of the Polish shale gas sector. But, for now, their continued presence in the country is a strong signal that Poland can build a commercial shale gas industry.

Kate  |  October 09, 2012
As of August 2012 the Ministry of Environment has handed out 111 shale gas exploration concessions. The highest numbers were granted to: state-owned PGNIG (15), Petrolinvest (14), Marathon Oil (11), Orlen Upstream Sp. z o.o. (7), 3legs resources (9), and BNK Petroleum (6). When it comes to operations and drilling activities in particular, approximately 25 wells have been drilled to date, 7 more have been started but not completed, and, based on PMR estimates, up to 20 testing wells will be commenced by the end of 2012. development plans are to be devised. Full article http://www.pmrconsulting.com/a8/shale-gas-in-poland
Discoveryalarm.com  |  August 11, 2012
that was one hell of a rant. San Leon Energy this, SLE that. There may be potential in Poland, but there is still tonnes of work to be executed before extensive US-like commercialization occurs. Yes BNK did hit some nice layers, and yes, they seem to have found some kind of consistency regarding seismic interpretation and shale thickness. But apart from that, they dont have diddly squat... Long term testing is everything and we need to see their learning curve. Only then can we contemplate more. Disclosure, not a share holder in Poland. Might be in the future.
David turner  |  August 10, 2012
Bnk have released stunning results .San Leon / talesman have stated all of their 3 wells have large gas shale deposits. Realm Energy which was recently acquired by San Leon energy, Licence comprising 600,000 acres is located adjacent to Bnk Licences San Leon Energy have also had success in northern Poland on its Carboniferous basin. All Wells now have to be tested . Exon moved out simply because they secured licences which were declined by all the main operators in Poland because the science indicated that Exons area had little chance of success. Bnks success augers well for San Leon Energy as it looks like they and Bnk are sitting on top of the largest shale gas basin in Poland. San Leon are also drilling two wells I believe in the nova sol area of Poland. If they have success , with modern fraccing technology , they can increased their flow rate at least five times. They ALS have 1.5 million acres in this area . So if they prove it up , then the value becomes like another Tullow oil. The acquisition of Realm Energy by San Leon was a master stroke not alone has it produced the best licences in Poland , the company ALS secured 1.5 million acres in Spain . In a great location. German shale licences and French licences1.5 million. When Poland begins to produce shale gas next year, it will not be long before the French reverse its ban. San Leon apart from its interests in Poland will be no doubt be releasing news on Moroccon offshore and on shore and offshore Albania .Offshore Ireland now looks very attractive as San Leon have a number of licences in excellent areas. As an investor in San Leon I hope management will remain in place to develop all their assets.SLE is such a take over target and at these low share prices may be swallowed up by the big boys. I congratulate Oisin fanning and his team, in 4 years they have built a company which is not far off a market cap of 1 bil Well done , we wish you every success.
António Machado  |  August 09, 2012
Poland is a great nation. Exxon will loose credibility. I hope P. find moore gas.
RELATED COMPANIES
Company: Exxon Mobil Corporation more info
Company: U.S. Department of Energy more info
Company: San Leon Energy Plc more info