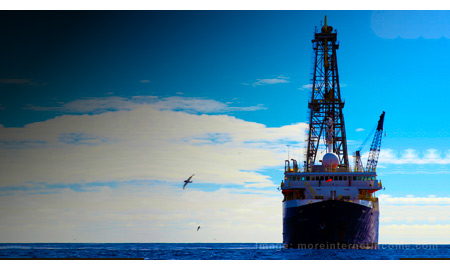 Singapore's Sembcorp Marine said Wednesday that it has secured contracts for five drillships worth approximately $4 billion from Sete Brasil.

This is in addition to the $793 million contract signed by Sembcorp Marine on February 6, 2012, in which the company agreed to design and construct a drillship for Netherlands-based Guarapari Drilling, a subsidiary of Sete Brasil.
All of the six drillships will be built based on the Jurong Espadon design, which is rated to operate in water of depths up to 10,000 feet and can reach drilling depths of up to 40,000 feet.
The drillships are scheduled for delivery between 2Q 2015 and 2Q 2019. The drillships will be built in Brazil and be chartered to Brazilian state-led oil firm Petrobras for 15 years for drilling activities in the pre-salt areas of Southeast Coast of Brazil, offshore Brazil. Three of the drillships will be operated by Odfjell and the other three by Seadrill.
"Taking into account the Sete Brasil orders, Sembcorp Marine would need to win another $2.3 billion in new orders to meet our year-end forecast and we believe it is on course to do so," Maybank Kim Eng's Analyst Yeak Chee Keong told Rigzone on Wednesday.
"Sembcorp Marine expects a positive contribution to its earnings from the contracts," the company said in a statement.
Sembcorp Marine's contract wins on Wednesday follow closely on its main rival's Keppel Offshore & Marine big contract scores on Tuesday. Keppel O&M announced on Tuesday that it has firmed up contracts with Sete Brasil for the design and construction of five semisubmersible drilling rigs for around $4.1 billion.
Tweet