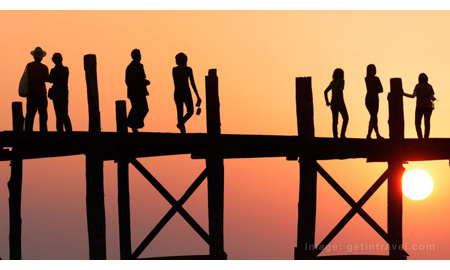 Myanmar has invited foreign energy firms to explore 23 offshore oil and gas blocks, as the Southeast Asian country seeks billions of dollars in investments to tap its vast reserves.

The offer is likely to attract interest from international oil majors after the U.S. government last week cleared companies to invest in Myanmar, including in oil and gas, in its greatest loosening of tough sanctions so far.

The resource-rich nation has opened up to foreign investments at a fast pace since a civilian government took over in March last year after five decades of military rule.

According to previously undisclosed information, Myanmar is inviting foreign companies to explore and develop 17 deep-water blocks and six shallow-water blocks located in the Rakhine, Mottama and Tanintharyi offshore areas in the Bay of Bengal and Andaman Sea.

The offshore blocks, none of which have been explored by multinational oil companies before, will be awarded through "direct negotiations." Myanmar's state energy company Myanma Oil and Gas Enterprise, or MOGE, will hold a stake of between 15% and 25% in each project.

The details were disclosed in a presentation that was distributed at a Myanmar investment conference held in Singapore this week. The presentation--by U Aung Kyaw Htoo, a senior energy ministry official--was dated May 15.

The awarded firms will be granted an exploration period of up to six years, followed by a three-year tax holiday upon the start of production. The contractor will pay 30% income tax, while a 12.5% royalty will apply, the presentation said.

Following a tender held last year, state-owned MOGE said in June that it had signed nine agreements to allow firms including Malaysia's Petronas, Thailand's PTT and India's Jubilant to explore for oil and natural gas onshore. Myanmar is planning a new tender for onshore oil and gas fields next month.

The country has 17 oil fields and five gas fields in production on land. Two offshore gas fields--Daewoo International's Shwe project and PTT Exploration & Production's Zawtika project--are currently under development and are due to begin production next year, the presentation said.

Myanmar's proven oil and gas reserves as of April last year stood at 2.1 billion barrels and 25 trillion cubic feet, respectively, according to the energy ministry's presentation. The ministry estimates the country's oil shale reserves to be as large as 3.3 million barrels.

While last week's move by the U.S. government to ease sanctions against Myanmar were broadly welcomed, some warned that doing business with state energy firm MOGE could put democratic reforms at risk.

Former opposition leader Aung San Suu Kyi, who spent 20 years under house arrest under the former regime, said earlier this month that MOGE "lacks both transparency and accountability" and warned foreign governments against allowing their companies to partner with the enterprise until it improves its business practices.

Myanmar's new government is expected to approve a new foreign investment law by the end of July, which will give foreign companies tax breaks and allow them greater freedom to lease land from private owners.