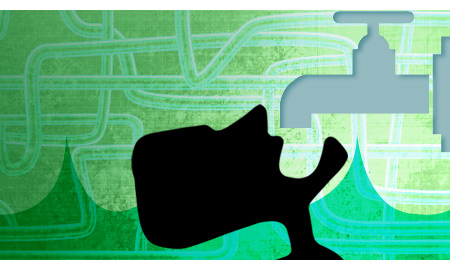 A recent Duke University study has concluded that elevated salinity levels in well water in northeastern Pennsylvania were not likely caused by hydraulic fracturing.

The study found elevated levels of salinity with similar geochemistry to deep Marcellus brine in drinking water samples from three groundwater aquifers, but no direct links between the salinity and shale gas exploration in the region.

Instead, naturally occurring pathways in northeastern Pennsylvania could have permitted salts and gases from the Marcellus shale formation deep underground to migrate into shallow drinking water aquifers.

"This is a good news-bad news kind of finding," said Avner Vengosh, professor of geochemistry and water quality at Duke's Nicholas School of the Environment, in a statement.

While hydraulic fracturing is not likely the cause of the elevated salinity levels, the geochemical fingerprint of the salinity detected in well water from the Lock Haven, Alluvium and Catskill aquifers suggests a network of natural pathways exists in some locations, especially in valleys.

"This could mean that some drinking water supplies in northeastern Pennsylvania are at increased risk for contamination, particularly from fugitive gases that leak from shale gas well casings," said Vengosh.

Vengosh said the results of this study are also consistent with water-quality tests conducted in the aquifers in the 1980s before rapid shale gas development began.

In May 2011, the Duke team found elevated levels of methane contamination in drinking water wells located within a kilometer of hydraulic fracturing, but found no evidence of contamination from fracturing fluids or brines.

The new study complements the May 2011 study by showing "there are likely pathways through which methane and brine could flow," said Vengosh.

The small group of homes whose water was sampled by the Duke team may be at higher risk of contamination due to underlying geology, said Nathaniel Warner, a PhD student at Duke who served as lead author of the study.

"By identifying the geochemical fingerprint of Marcellus brine, we can now more easily identify where these locations and who these homeowners might be," said Warner.

"Our study's findings suggest that homeowners living in these areas are at higher risk of contamination from metals such as barium and strontium," said Warner.

The Marcellus shale formation is located about a mile underground and contains highly saline water that is naturally enriched with salts, metals and radioactive elements.

The study appears this week in the online early edition of the Proceedings of the National Academy of Sciences, and was funded by Duke's Nicholas School of the Environment.