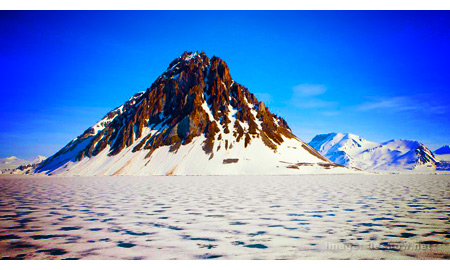 Shell made headlines in May when the Bureau of Safety and Environmental Enforcement (BSEE) approved its oil response plan for its exploratory program in the Chukchi and Beaufort Seas. Shell awaits drilling permits from the BSEE to start drilling for oil. While waiting for approval, Shell has been testing its new oil spill containment system.

The supermajor had hoped to start drilling by July, but heavy polar ice is postponing drilling to August, which does not give the operator much time. Shell plans to wrap up exploratory drilling by September 24 in the Chukchi Sea and October 31 in the Beaufort Sea. 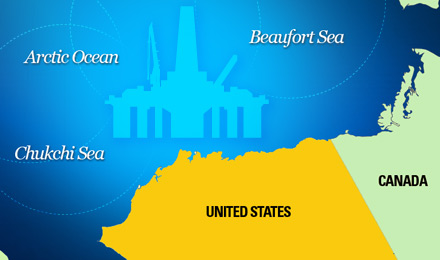 According to the U.S. Geological Survey, the Chukchi sea basin is estimated to hold 1.2 billion barrels of oil equivalent (Bboe), compared to the whole Arctic, which holds about 90 Bboe and 1,670 trillion cubic feet (Tcf), which is about 13 percent of the world's undiscovered conventional oil and 30 percent of its undiscovered natural gas.

Operators drilling the Arctic in the 1980s and 1990s used ice breakers to get the rigs to offshore drilling sites, but Shell says it will now only drill during ice-free months to minimize the disturbances to wildlife.

Shell plans to use its newly refurbished Kulluk drilling rig, which has been in cold storage in the Canadian Arctic for about 10 years. Shell spent about $150 million to equip the 29-year old rig with four new environmentally friendly diesel engines. The ship also has a 160-foot derrick and a funnel-shape hull with flared sides that will deflect ice and break it up as it runs under the hull. 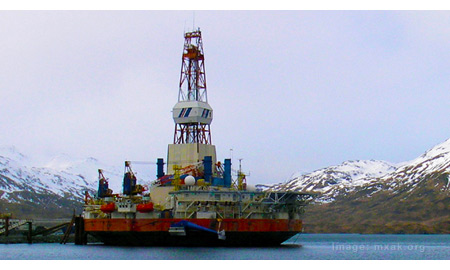 The operator also installed 4,200 barrels in onboard waste storage to achieve "zero discharge" targets – "meaning no wastewater, ballast water or drilling muds and cuttings will be discharged into the Arctic seas. Instead, they will be held aboard the two drill ships for permanent disposal at a certified landfill in the Lower 48 states," Shell's vice president for Alaska operations, Pete Slaiby said in a meeting with reporters on board the Kulluk drilling rig in the Seattle shipyards in May 2012.

Also key to Shell's exploratory drilling project is a preconstructed capping stack, which will be positioned offshore near the drillships so it is ready to deploy in the event of an uncontrollable well blowout. 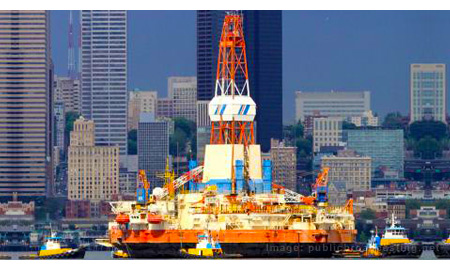 In the midst of Shell's activity, Interior Secretary Ken Salazar announced that parts of the Chukchi and Beaufort Seas will be open for lease sale in about four years. Specific Arctic areas were part of the Interior's five-year lease plan that went to Congress on June 28.

Renewed interest in the Artic has spread beyond U.S. waters. In early June 2012, Secretary of State Clinton toured the Arctic waters off Norway to emphasize U.S. interest in economically and safely developing the region.

Safe environmental practices is also one of the top priorities of the Arctic Council, an advisory group of eight nations -- the United States, Canada, Russia, Norway, Finland, Iceland, Sweden and Denmark, which handles foreign affairs for Greenland, as well as groups representing indigenous people directly affected as ice and snow retreat. The council shares standards, experiences and technology.

Though exploration drilling is lively in Arctic waters, council members note that the oil boom is at least eight to 10 years away. But if Greenpeace has any say in it, there won't be any drilling in the Arctic.

On June 21, the environmental group' Executive Director Kumi Naidoo said in a statement: "The Arctic is coming under assault. A ban on offshore oil drilling … would be a huge victory against the forces ranged against this precious region."

Russia's Rosneft is just one active operator in the Arctic. Despite 300 days per year of ice filled waters, Rosneft has partnered with ExxonMobil to explore three untapped fields in the Kara Sea, believed to contain about 85 Bboe. It is a win-win deal as Rosneft gains access to western technology capable of drilling the Arctic and ExxonMobil gains a percentage of the potentially oil-rich offshore Arctic fields.

The partners plan to expand and expedite development of oil reserves in tight low-permeability formations in Western Siberia using advanced technologies that ExxonMobil has successfully employed in North America.

The agreement establishes a pilot program to determine the technical feasibility of developing the reserves and is an extension of a technical research program, which Rosneft and ExxonMobil signed in April 2012.

According to the release, Rosneft and ExxonMobil plan to approve a work program for selected Rosneft license blocks, which will include geological studies and drilling of Bazhenov and Achimov reservoirs. Drilling is scheduled to begin in 2013.

ExxonMobil will finance the geological studies and exploratory drilling. Participating interests in a potential development phase will be 66.67 percent for Rosneft and 33.33 percent for ExxonMobil.

The other agreement signed on June 15th enables ExxonMobil to join the new Arctic Research Center, which will provide a full range of services to support all stages of oil and gas development on the Arctic shelf, including ice monitoring and management, design of ice resistant offshore vessels, structures and Arctic pipelines, logistics and safety, the release says.

Safety standards will be a priority for the center, which will have its own special marine incident warning and prevention department focused on preventing and immediately responding to emergencies.

Rosneft has also struck a deal with Eni to jointly develop reserves in Russia's Barents and Black Seas. Eni will hold a 33 percent stake in the fields, which are estimated to contain 36 Bboe.

Rosneft struck a third deal recently with Statoil who will hold a 33 percent stake in four fields in the Barents Sea and in the Sea of Okhotsk. The fields are estimated to hold about 15 billion barrels and 1.8 trillion cubic meters of natural gas.

Arctic drilling is not limited to offshore fields. On May 2, 2012, the United States Energy Secretary Steven Chu said the government agency had completed an unprecedented test of technology in the North Slope of Alaska that was able to safely extract a steady flow of natural gas from methane hydrates – a vast, entirely untapped resource that holds enormous potential for U.S. economic and energy security. Now the Energy Department is launching a new research effort to conduct a long-term production test in the Arctic as well as research to test additional technologies that could be used to locate, characterize and safely extract methane hydrates on a larger scale in the U.S. Gulf Coast, the announcement read.

"The Energy Department's long term investments in shale gas research during the 70s and 80s helped pave the way for today's boom in domestic natural gas production that is projected to cut the cost of natural gas by 30 percent by 2025 while creating thousands of American jobs," said Secretary Chu. "While this is just the beginning, this research could potentially yield significant new supplies of natural gas."

The project is a joint effort among the Energy Department, ConocoPhillips, and the Japanese government. Japan has expressed an interest in U.S. natural gas exports as it cuts back on its nuclear energy program after the nuclear power generation accident in 2011.
Lisa Murkowski of Alaska seems to think that supplying Japan with natural gas is a smart move. On May 1, Murkowski said in a statement, "Alaska's gas is the perfect fit to meet Japan's energy needs."

"Japan is hoping to switch a major portion of its power generation to natural gas, but it lacks an affordable and reliable source for that gas," Murkowski said. That presents a unique opportunity for Alaska, which has long been rich in resources but short on markets. We need to move quickly to seize this opportunity and ensure that Alaska's gas is the energy of choice for Japan."

Phil Laudicina  |  July 09, 2012
No permits will be issued if Obama is re-elcted. You can forget about ANY drilling as he will use the EPA to shut it all down.
Ernie Arrenegado  |  July 05, 2012
Ive been saying for several years now lets drill. Stop building reactors,wind turbines and solar panels. The USA and Canada have what the world needs cheap fuel. Lets Drill money all the way around. Please Rigzone reply.
RELATED COMPANIES
Company: Exxon Mobil Corporation more info
Company: Shell more info
Company: Rosneft more info