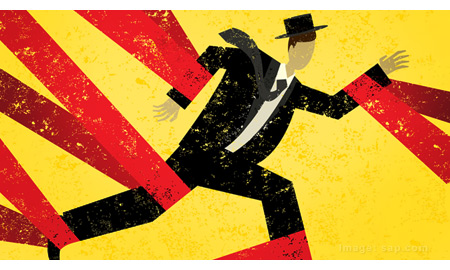 WARSAW - Exxon Mobil Corp's decision to pull the plug on its efforts to explore for shale gas in Poland isn't what's dousing its local rivals' enthusiasm for the unconventional resources prospects in the central European country, it's the bureaucratic apathy, industry participants said Tuesday.

The industry's frustration with Poland's red tape is palpable as people accustomed to the friendly and expedient regulators of North America collide with government bodies which haven't completely shaken off the mentality of central planning.

"In North American we drill on Christmas, New Year's and Easter," said John Buggenhagen, Exploration Director of San Leon Energy PLC. "Here the regulator says they'll get back to us on Monday."

The Polish government hopes to replicate the energy bonanza the U.S. is currently experiencing, especially since it offers the chance to free Poland from imports of what it sees as over-priced natural gas from Russia.

But official high-level declarations jar with the day-to-day challenges those drilling test wells face in the former Soviet satellite country that made the jump to a market economy 23 years ago. The Polish Environment Ministry, which is responsible for handling concessions, wasn't immediately available for comment.

Delays in feedback from regulators cost hundreds of thousands of dollars as the few drilling rigs operating in Poland sit idle or have to be dismantled and moved to another site until the regulatory issue is resolved and drilling can resume in the original location.

A particular irksome bottleneck is the Environment Ministry's practice of asking license holders to resubmit applications and repeat environment impact assessments if they want to drill deeper than stated in the original application, said Mr. Buggenhagen, who would like to see the ministry increase its staff to more quickly serve companies such as his.

Still, unlike Exxon, San Leon is sticking around for now. In May, the company said it had been awarded an exploration license in southern Poland, expanding its acreage in the country and increasing its conventional and unconventional oil and gas prospects.

Moe  |  June 21, 2012
This is the same country that put its entire government on one plane right? I mean, pres, V pres, military leaders, national bankers.....the whole ball of wax. Only to have the complete bunch killed in a plane crash....BRILLIANT!! Now they are struggling again with concepts of thought. Go figure.
Money man  |  June 20, 2012
Red tape Obama style. They are quick learners.
Agata  |  June 20, 2012
Unfortunately its very common situation in Poland when officials due to their lack of knowledge or mentality of small children to create heaps of unnecessary procedures to block or slow down any progress or investments.
Philippe  |  June 20, 2012
Here again we are experiencing two economics and social models. On one hand a market managed economy with efficiency and profit as the bunch mark. On the other hand a centrally managed economy, where decisions are pushed to the top management and massaged to death by a bureaucratic network of people very jealous of their prerogatives. Unfortunately this is the direction the US is going. More of every things including inflation.
sajgon  |  June 20, 2012
POLAND!!!
anndy  |  June 19, 2012
Sh*t.. We in Poland Say Big Sorry......
RELATED COMPANIES
Company: San Leon Energy Plc more info