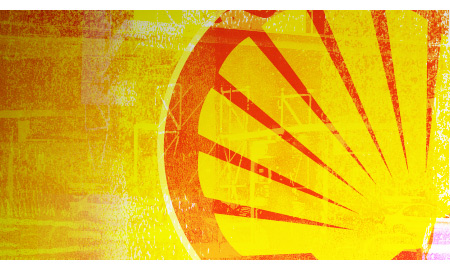 Royal Dutch Shell PLC Thursday extended its offer for Cove Energy PLC for the second time in three weeks, keeping alive the prospect of the oil major attempting to woo Cove shareholders with a higher bid for the Mozambique-focused explorer.

The Anglo-Dutch giant's 1.1 billion pounds ($1.7 billion) approach for Cove will now lapse after June 27, giving shareholders two more weeks to accept Shell's offer. As things stand, Shell only has received acceptances from around 5% of Cove shareholders.

Shell appeared to have lost the race for Cove, which enjoys access to one of the world's most promising natural gas fields, after its 220 pence a share bid was trumped by Thailand's PTT Exploration & Production PCL late last month.

In a sudden about-face, Cove's board recommended shareholders accept state-owned PTT's 240 pence a share offer. Shell reacted by moving the deadline for acceptances of its earlier, lower offer to June 13, giving it more time to consider its options.

Interest in Cove, a modestly sized exploration company listed on London's junior exchange, has been fueled by the access the company enjoys to one of the world's most promising gas areas. Cove's main asset, an 8.5% stake in a gas field off Mozambique's coast that is owned and operated by Anadarko Petroleum Corp., would offer energy companies a speedy way to get a foothold in the region.

Analysts have suggested that the takeover battle will likely continue. Further natural gas discoveries by Cove and its partners in recent weeks could affect how the company is valued.

Other equity holders in the Rovuma license include Mitsui & Co. of Japan with 20%, Bharat Petroleum Corp. and Videocon Industries Ltd. of India with 10% each, and Mozambique state oil company Empresa Nacional de Hidrocarbonetos with 15%.