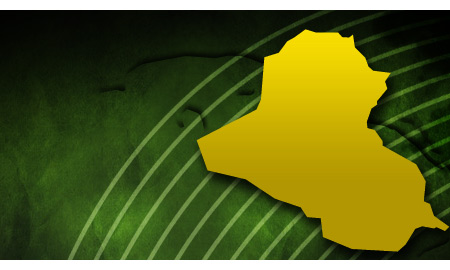 The world's top oil companies regarded the service contracts on offer--that paid a per-barrel fee rather than giving a share in any discovered resources--as inadequate for the level of investment required to explore for oil and natural gas in the vast blocks covering more than 80,000 square kilometers, and just 16 of the 47 prequalified companies took part in the auction.

But the Ministry, which set the terms, believes that the remuneration fee offered is profitable and that the blocks contain promising oil and gas levels.

The Iraqi government was aiming to raise its gas reserves by 29 trillion cubic feet and its crude oil by 10 billion barrels from the 12 blocks. The relative lack of interest isn't expected to affect Iraq's plans to increase crude output to 11 million barrels a day by 2017, from its current levels of around 3 million barrels day.

A fifth bidding round is planned, to include those blocks not awarded in this week's bidding round, Oil Minister Abdul Kareem Luaiby told reporters.

He said that preparations will start in the coming months for a new bidding round to include 10 to 15 blocks, but gave no further details.

Thursday, Russia's second largest oil producer OAO Lukoil Holdings and its partner Japan's Inpex Corp. won block 10, which is shared between Muthanna and Thiqar provinces in southern Iraq. Lukoil has 60% stake in the project, and Inpex the remaining 40%. They will get a remuneration fee of $5.99 a barrel.

Pakistan Petroleum Ltd. was awarded block 8, which is shared by Diyala and Wasit governorate in central Iraq. The company competed with two Japanese companies, Japex and Itochu Corp., which wanted a $10.57 a barrel fee, while Pakistan Petroleum sought only $5.38 a barrel.

Kuwait Energy and its partners, state-owned Turkish Petroleum Corp. and United Arab Emirates-based Dragon Oil PLC secured the only awarded block in Wednesday's bidding, located in Basra, in southern Iraq near the border with Iran.

There is a big gap between the fee the oil ministry wanted and what the oil companies were willing to accept. A consortium led by U.K.-based Premier Oil PLC, for example, wanted $9.85 a barrel to explore Block 12 in Najaf and Muthanna governorates in the south, but the ministry offered just $5 a barrel.

Besides the issue of the remuneration fee, some bidders were put off by a clause that forbids companies from signing contracts with the semiautonomous Kurdistan region in northern Iraq, where petroleum is also plentiful. U.S. energy giant Exxon Mobil Corp. (XOM) was barred from taking part in this week's round as punishment for signing deals with the Kurdistan Regional Government.

Other hurdles include crumbling infrastructure, a still-fragile security situation and political uncertainty.