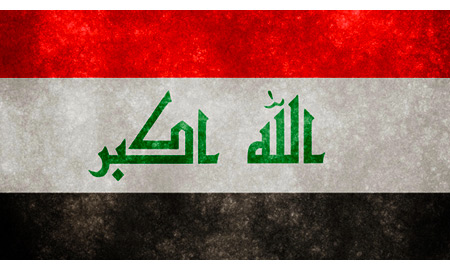 BAGHDAD - The Iraqi Oil Ministry Wednesday awarded only one exploration block out of six it offered, as tough contract terms discouraged many companies from participating in the country's fourth energy bidding round.

Four of the six exploration blocks failed to attract bids from any of the 39 international companies that paid participation fees. The bid for another block was rejected because the oil company demanded a higher remuneration fee than the Iraqi ministry was willing to grant. The bidding continues Thursday.

"It is frustrating," said an executive from a large Japanese firm. "The oil ministry's remuneration fee is very low," he added.

Besides the tough remuneration fee, some bidders were put off by a new clause to the model contract that forbids oil companies from signing contracts with the semi autonomous region in Kurdistan, where petroleum is also plentiful. U.S. energy giant Exxon Mobil Corp. was barred from taking part in the fourth bidding round as punishment for signing deals with Iraq's Kurdistan region in northern Iraq.

"What has happened today is less than our expectation," said Abdul Mahdy al-Ameedi, head of the oil ministry's Petroleum Contracts and Licensing Directorate. "We were hoping to award at least two blocks at today's session," he added.

Executives from oil majors such as Royal Dutch Shell, BP PLC, Occidental, and Russia's second largest producer OAO Lukoil were present at Wednesday's session, but none of these firms submitted offers.

Kuwait Energy and its partners Turkey's TPAO and United Arab Emirates-based Dragon oil secured the only awarded block in Wednesday's bidding. The block is located in Basra in southern Iraq near the border with Iran.

"It is going to be profitable for us and for Iraq," Sarah Akbar, Kuwait Energy's CEO, told Dow Jones Newswires. "I am sure 100% that there is oil in the block," she added.

The new licensing auction is held amid political uncertainties in Iraq. Iraqi Prime Minister Nouri al-Maliki faces growing opposition within his coalition government. Kurdish officials in the KRG have called for a vote of no-confidence, while Kurdish leader Jalal Talabani, the country's president, is attempting to work out a deal with Baghdad.

Philippe  |  May 31, 2012
The oil as part of the O&G business is changing world wide. Within the next 5 to 10 years, the crude oil will lose its “King” epitaph. NG will become king, the US ability to become, again, a major producer of fossil fuel will lesser OPEC over whelming control on the O&G pricing worldwide. Several majors, especially US, have already divested themselves from the retail side of their assets. This trend will continue, my view is that the EPA regulations make refineries a sizable none productive asset. Or at list does not provide a good return on investment long term. Not to worry, beside gasoline, crude oil has many different usages.
RELATED COMPANIES
Company: Kuwait Energy Company more info