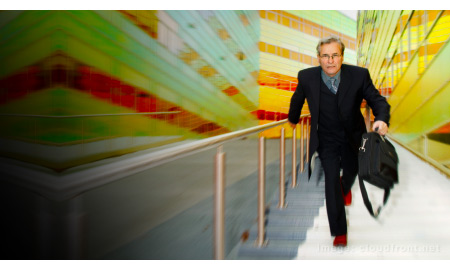 And in a sudden about-face Cove's board, which only this week had recommended Shell's offer to its shareholders, said it now advised investors to accept PTTEP's 240 pence a share bid, which is 9.1% higher than Shell had offered last month and represents a 6.6% premium to Cove's average closing price over the five business days ended May 22.

The news sent Cove shares soaring by 11%, to 248 pence, suggesting that investors hope for a further offer before the end-of-day deadline. Shell's shares fell slightly, amid a broadly lower London market.

Interest in Cove, a modestly sized exploration company listed on London's junior exchange, has been fueled by the access it enjoys to one of the world's most promising gas areas. With its main asset an 8.5% stake in a gas field offshore Mozambique owned and operated by Anadarko Petroleum Corp., buying Cove is a speedy way for energy firms to get a foothold in the region.

When Anglo-Dutch major Shell opened the bidding in February with a $1.6 billion offer, the move was hailed by analysts as a logical step for the world's biggest shipper of liquefied natural gas. With Anadarko having raised its estimate for how much gas is contained in the Rovuma field to up to 50 trillion cubic feet and with similar nearby finds by Italy's Eni SpA, there could be enough gas to justify the construction of an LNG facility to supply nearby Asian markets.

Like Shell, PTT has put developing LNG at the heart of its investment plans. The Thai firm has been seeking overseas LNG assets as part of efforts to meet its ambitious output target of 900,000 barrels of oil equivalent a day by 2020 against a backdrop of limited new petroleum resources at home.

Shell had appeared to have sewn up a deal for Cove last month when it made a revised 220 pence a share bid that included a guarantee to pay any tax on the sale, a factor that effectively pushed up its bid to around 240 pence a share. However, PTTEP has now given a similar undertaking to pay the required 12.8% tax, according to people familiar with the matter, meaning that its offer retains its significant premium to Shell's earlier bid.

Any sale will require the approval of Mozambique's government, which had given tentative signs of approval to a Shell takeover. President Emilio Guebuza earlier this month said his country had been in early stage talks with Shell on developing LNG infrastructure in Mozambique, while Cove said May 10 that Mozambique had approved the Shell deal.

However, according to an official at Mozambique's Ministry of Natural Resources, the country views the sale as a private process and will give its consent to any winner that can demonstrate its "reliability and technical strength."

Wednesday PTTEP's shares fell 5.3% to a six-month low of THB153, significantly underperforming the broader Bangkok market's 1.3% decline. It said it will use cash and committed debt facility available to PTT Exploration group to fund the deal, which is the largest ever bid by a Thai company for a foreign firm, sparking concerns about a potential capital increase.

Shell declined to comment when asked whether it planned to make a fresh offer.