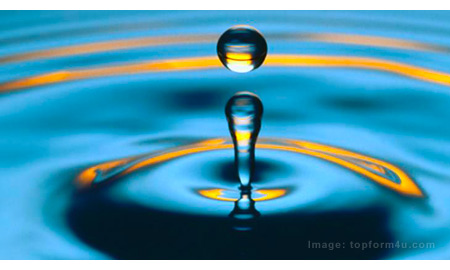 (This article is part 1 of a 3-part series on Fracking Water Treatment.)

The hydraulic fracturing process, which unlocked the United States' unconventional resource potential, has also placed new demands on the nation's water supply and created the need for water treatment solutions.

Stuart, Florida-based Ecosphere Technologies, a diversified water engineering, technology licensing and environmental services company, saw potential for its Ozonix water treatment solution in the oil and gas industry as it was searching for a new market for its product in 2008.

"We sought to enter an industry that had the appetite for the type of technology that Ecosphere provided and that had few barriers for entry," said Ecosphere Chairman and CEO Charles Vinick in a recent interview with Rigzone. 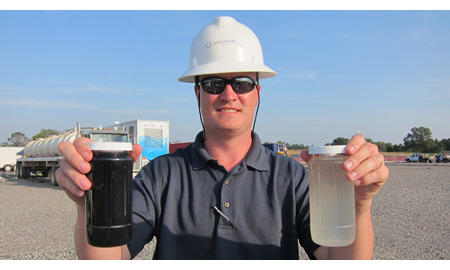 Since its establishment over a decade ago, Ecosphere has been focused on identifying an environmental challenge facing industrial use of water and inventing and patenting a new technology to respond to that challenge.

These challenges have included inventing a 3-dimensional way to strip paint from ships developed by Ecosphere; the company sold the rights to this intellectual property in 2007 and retains those rights for other applications of paint stripping, such as cars and planes or physical objects such as water towers.

The company also has been involved in providing clean drinking water in disaster responses, as when it provided drinking water for residents in a Mississippi town following Hurricane Katrina in 2005. Ecosphere has provided cost-effective wastewater treatment solutions for a range of industrial, commercial and municipal industries. 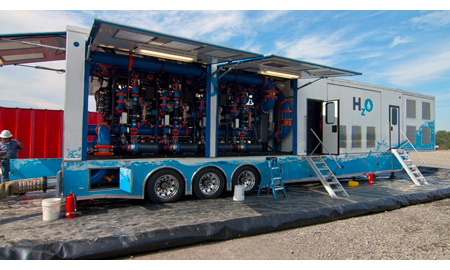 The company's Ozonix process can be used to treat water at the front end of the fracking process, eliminating bacteria, biofilms and the food source for microorganisms without the use of biocides.

Biocides have traditionally been used to kill bacteria in fracking fluids prior to the fluids being pumped downhole. This process is done to reduce bacteria that can sour a well, cause corrosion and potentially make the well unusable, said Robbie Cathey, CEO of Arkansas-based Ecosphere Energy Services.

The Ozonix process is a single process that runs the water through four zones. Inside the machine, it's four steps, but for operators, it's just one step at a flow rate of 80 barrels per minute or approximately 3,360 gallons per minute. 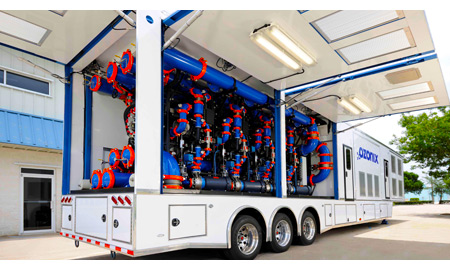 More Than 1 Billion Gallons of Water Treated Since 2008

The Ozonix technology has been used by Ecosphere and its licensee, Hydrozonix, to treat more than one billion gallons of water on approximately 500 oil and gas wells since 2008, said Vinick in a March 28 statement.

The Ozonix process is deployed in individual units that are capable of processing a certain number of barrels of water per minute. Ecosphere has deployed 33 Ozonix units to date that are servicing major oil and gas operators conducting hydraulic fracturing around the United States.

The technology can process up to 120 barrels per minute and can be scaled up or down to meet the producer's operations, which can have a larger footprint in areas such as Texas but smaller footprints in plays such as the Marcellus due to multi-pad operations or mountainous terrain.

The company is on track to deliver two Ozonix EF80 units, which are capable of processing up to 80 barrels per minute, to Hydrozonix every quarter, the company reported in its earnings update on May 7.

"Recycling is the trend driving interest from a cost standpoint and an environmental standpoint," said Cathey about the interest by oil and gas companies in new ways to treat produced water. "Companies also are looking for cost-effective solutions and ways to reuse as much produced water as possible in an effort to minimize the need for fresh water."

As produced water is reused, the need for and difficulty in treating water grows as the level of bacteria and heavy metals present in the water grows.

"Three or four years ago, most operations were using strictly fresh water from ponds, streams, which have fairly low levels of bacteria," said Cathey.

Besides the environmental and cost benefits, companies do not need to transport or store chemicals, helping eliminate heavy traffic and damage to roads leading to drilling sites, and a reduction in carbon dioxide emissions.

Using the Ozonix process also can reduce the need for deep well injection, which some studies have speculated may cause earthquakes due to the saturation of potential fault lines.

Besides Newfield and Southwestern, Ecosphere has worked with several mid-major and independent companies.

"We've found that folks like Southwestern Energy are very innovative companies that are willing to try new technologies and realize the cost benefits of using Ozonix," said Cathey.

The company in late March announced a letter of commitment with the Blackfeet Nation for Ecosphere Energy Services and Hydrozonix to be the exclusive provider of water treatment services to oil and gas companies targeting the Bakken shale play on the 1.5 million acre Blackfeet reservation in north-central Montana.

Newfield, Rosetta Resources and Anschutz Exploration have all secured mineral rights from the Blackfeet Tribe and are actively drilling vertical and horizontal wells to target plays in the Southern Alberta Basin, including the Bakken, Three Forks, Nisku and Lodgepole formation.

Besides the U.S. onshore exploration and production market, Cathey said Ecosphere feels that the company's technology is applicable for the offshore market. After being laser focused on onshore oil and gas since 2008, the company is in the early stages of growing its technology for use in other energy applications.

"We feel this technology is very applicable to power plants and other industrial applications in which large volumes of water are used. The need to recycle water tends to be an issue in many areas of energy, including power," Cathey noted. 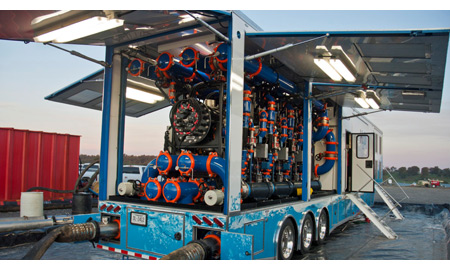 The need for treating produced and flowback water without harsh chemicals will become more critical as water demand grows worldwide not only for consumption in industry, but as the global population grows and citizens in emerging economies seek the quality of life seen in developed nations like the United States.

While water shortages are being reported in emerging economies such as Africa, water supply issues have been seen in the United States, including the drought that affected Texas last year. The drought, coupled with the demand placed on water supply by the oil and gas industry and other stakeholders such as cattle growers, illustrated how critical an issue water supply has become.

"It's not a new problem, but more of an acute problem as more people place more demands on resources," said Vinick, who joined Ecosphere in 2006 as a director through his 25-year friendships with the family of Jacques Costeau, and has served in executive positions in organizations established by Jacques or his son, Jean-Michel Cousteau, who serves as a director on Ecosphere's board.

These recycling efforts include grey and clear water systems in homes in which water from dishwashers, showers and other appliances can be reused to water lawns or treated for drinking water, depending on the types of soaps used and the right separation systems, Vinick noted.

Troy Matthews  |  May 26, 2012
There is a product being produced in North East Texas as we speak, that is proven 100% enviromentaly safe. Which is mixed with plain water to create a fluid used for both, fracturing & drilling as a well bore stabilizer for all; calys, sands, & shales. Thus completely eliminating the need, or use of any petroleum oils, or harmful chemicals, to the water tables. This product has been tested in over 400 hundred; drilling & fract operations, with 100% sucess rate. All of this can be verified with documented, certified, test results, upon request. And the best part, the bottom line. It retails for $35.00 per gallon. If this product would be accepted and used by the oil & gas exploration industry, there would be no need in cleaning up the water. It would not get contaminated in the first place! Please feel free to contact me for futher information about this. trmatthews87@yahoo.com
Adrian Elliott  |  May 25, 2012
I have always been taught that cavitating a pump is bad and ruin the pump impeller?
Lasereagle  |  May 23, 2012
Someone needs to look into the history of this company and its owners as a follow up to this article and at $ processing cost per barrel of treated water.
David Cole  |  May 22, 2012
Dear Sirs: You have, by your simple, detailed and accurate reporting have done a great service to the industry and public by getting urgent news to the right people about a massively urgent need to use chemical free clean up of water for use and reuse. I cannot thank you enough for this effort. I would hope others in the news media finally re-educate themselves concerning the available technology. David P. Cole Eagle Capital, Inc. 321-751-7065