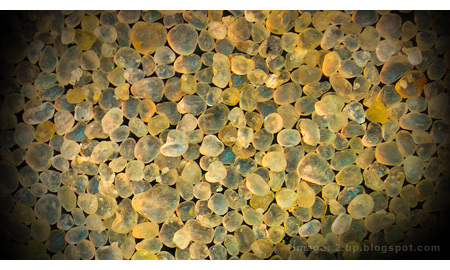 VOCA, Texas - This tiny corner of Texas Hill Country doesn't have oil or gas riches, but it does hold vast deposits of a granular commodity highly-coveted by energy companies: sand.

As the use of the drilling technique known as hydraulic fracturing has skyrocketed in the U.S. amid the shale boom, demand for so-called "frac sand" has also increased dramatically. Demand for sand is so acute that some large oil and gas producers, such as EOG Resources Inc. and Pioneer Natural Resources Co., have taken the unusual step of buying their own sand plants in order to secure long-term supplies and try to put a lid on high prices.

Energy companies have managed to unleash a bounty of oil and natural gas by creating fissures in shale rock with high-pressure streams of water, allowing hydrocarbons trapped within to escape to the surface. The rounded silica sand extracted from the mines here--about 120 miles northwest of Austin--and other sites around the country, is used as a "proppant"--a material that holds these cracks open.

"The need for high quality sand has never been greater than it is today," says Jerry McGee, Chief Executive Officer of Cadre Proppants, a private-equity owned company that operates one of the largest silica sand mines in Texas, which started operating in April of last year. At the mine, the sand is sorted out and classified by grain size according to the needs of oil companies.

In 2011, hydraulic operations in the U.S. used about 28.7 million tons of sand, up from 6 million tons in 2007, according to independent laboratory PropTester Inc. and Kelrik LLC, a consultancy.

But the supply of sand has had trouble keeping up with demand over the past two years and this has caused oil companies to try to secure supply by owning the sand they need, or to use less-than-ideal mesh sizes and non-traditional, lower quality sand, said Doug Garber, an analyst at Dahlman Rose & Co.

EOG, one of the largest U.S. independent oil and gas producers, decided in 2008 to operate its own sand mine and plant in North Texas after it concluded that the demand and price for sand was set to explode due to the proliferation of hydraulic fracturing, Chief Executive Mark Papa said in an interview.

Papa said the largest component of an average shale well is the hydraulic fracture treatment and sand is an essential component of the process. That "is the reason we address particular piece of the puzzle," but don't, for example, buy their own rigs, Papa said.

EOG also operates a mine and plant in Chippewa Falls, Wisconsin, that produces sand used by the company's drilling operations in Texas's Eagle Ford Shale. Part of the reason EOG's wells in that formation cost $1 million to $2 million less than other operators is because they own their own sand, Papa said. The cost of drilling a single well in the region is about $8 million, according to Oppenheimer & Co.

Pioneer's Chief Executive Timothy Dove told analysts in March that its purchase of a sand mine in Brady, Texas would save the company $65 million to $70 million a year.

Owning the mine, which provides sand for its operations in the Permian Basin, will allow Pioneer to pay $80 a ton instead of $120 a ton, the market price for brown sand. Available in Texas and Arkansas, brown sand is ideal for use in oilfields because of its bigger grains.

The value of silica sand production exceeded $1 billion for the first time in 2010, according to statistics from the U.S. Geological Survey. Dahlman Rose's Gerber said that his firm expects "frac sand" consumption to increase 30% in 2012.

Hope McCrea  |  May 18, 2012
Very interesting. How does the North East Pa fit into this picture in terms of availability and production needs?
Joel Brown  |  May 15, 2012
Great article Rigzone. I really enjoy these tid bits of oil field information. It keeps me current of who is doing what in the oil field and where they are doing it.