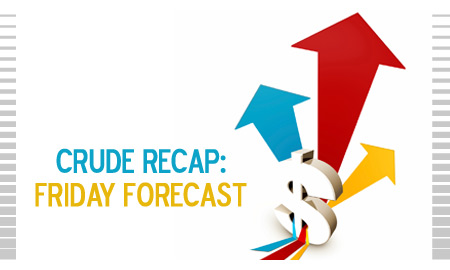 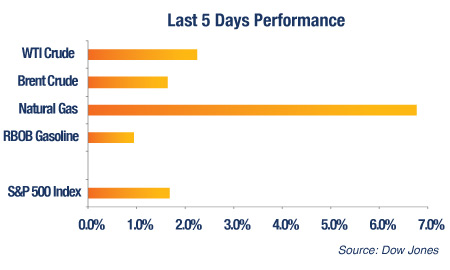 Both the broader equity markets and crude prices gained some ground over the past five trading days. Relative to the approximate 2 percent gains posted by WTI crude and Brent, natural gas futures posted considerably larger gains of nearly 7 percent. A further divergence between the oil and natural gas could be in the cards given that oil is showing signs of a topping pattern and natural gas appears to be developing a bottom. Still, many traders are voicing caution and continue to point to oversupply issues that are a headwind against rising natural gas prices.

Diary from the last five days:

On a year-to-date basis, reformulated blended gasoline futures (RBOB) continue to lead the pack. In the most recent weekly Spending Pulse report by MasterCard, gasoline demand fell by 6.1 percent versus a year ago. Additionally, there are signs that retail gasoline prices could head lower over the summer driving season, which would be rarity if this does end up to be the case. 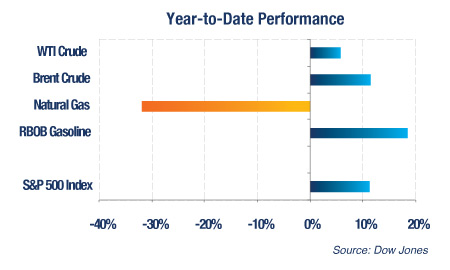