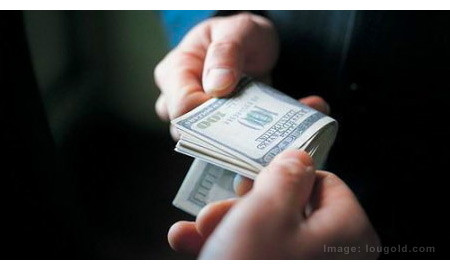 Halliburton in its filing said it had only "limited amount of time available" to review BP's proposed settlement with thousands of businesses, property owners and individuals along the Gulf of Mexico who sustained economic damage from the 87-day oil spill. The Houston-based company also contends BP's settlement would make Halliburton responsible for paying at least part of the settlement by "improperly assigning claims against (Halliburton) to the plaintiff's steering committee," according to the filing.

Halliburton has said the company wasn't at fault in the accident. A BP representative declined to comment.

Halliburton's protest, filed in the U.S. District Court for the Eastern District of Louisiana, is the latest twist in the legal wrangling surrounding the companies since the April 2010 rig explosion and fire in the Gulf of Mexico that resulted in 11 deaths and millions of barrels of oil leaking into the water.

The spill stemming from the ill-fated Deepwater Horizon oil well was the worst in the Gulf's history and resulted in thousands of lawsuits against well owner BP, rig operator Transocean Ltd., and Halliburton, which provided cementing services for the project.

Wayne Needoba  |  May 05, 2012
There is an opportunity here for Halliburton to show the industry and regulatory agencies thru the API and SPE what the human factor issue is that leads to systemic management failure. There are many wells in the world that have poor cementation of reservoir because of a geological hazard which leads to miss interpretation of hazards. Halliburton could use there library to show how systemic management failures are occuring and eliminate the waste that is evolving in the industry by using technological fixes when the issues are that of human errors because of not seeing the circles of causaity of loss control.. Where operations are complex there is decreased learning because of the project mangement processes that prevail in the industry and economy. Time for a paradigm shift in the industry so there can be transparency to show all hazards and there can be team competence to manage all risks thru reliability centered thinking. Best Regards, Wayne.
Robert Holman  |  April 26, 2012
Seems BP is pulling a fast one. They take months drafting an agreement knowing the people dont care who pays the damages, only that damages are paid. Halliburton was a third party contractor. All responsibility falls on the operator. BP does not have the authority to assign claims against Halliburton. Any dispute between Halliburton and BP should involve a seperate filing.
charles woods  |  April 25, 2012
I work offshore for 19 yr, Had to be move from rig due to new CO-MAN not doing the right thing, So this will tell you Oil Co do not list to other
Tim Graham  |  April 25, 2012
Still laughing at the "lost records" at the cement lab. What a hoot, and if they were not Americans they wouldnt get away with it.
RELATED COMPANIES
Company: BP plc more info
Company: Halliburton Company more info