The Great Crew Change: Is Too Much Textbook-Only Training Risking Safety? 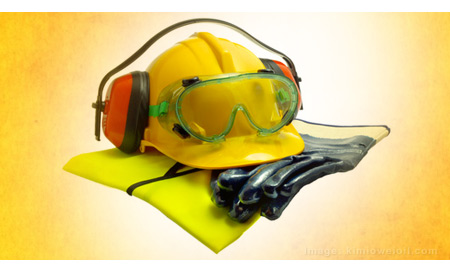 Nearly one year after the first related article was written, comments on what is now Rigzone's Great Crew Change series signal one overriding concern.

Spanning all age groups and experience levels, with college-educated engineers and rig workers alike, the most frequently cited concern is safety – and whether companies are really doing enough to protect human lives by over-emphasizing classroom training and not providing enough on-the-rig experience.

The prime issue centers upon the many young trainees coming aboard worldwide to replace so-called "baby boomers," or those born between 1946 and 1965, who are either retiring or approaching retirement age. Many "boomers and beyond" say that incoming young workers and professionals are too often being moved into safety-essential supervisory positions with little or no actual rig experience.

Safety a Matter of Hands-On Experience, Not Just Education

The consensus among those we contacted and those who commented to Rigzone was that newer workers – both professional and blue-collar – need considerable "field" (rig and/or platform) experience before they can move into supervisory positions safely.

In the flurry to hire sufficient numbers of engineers and rig workers to replace "baby boomers," who are at or nearing retirement age, the industry appears to be "fast tracking" too many new workers on the basis of "book learning" and coursework – when experience is the best teacher, the majority contend.

Here's a sampling of what we heard, by age group:

"It is really worrisome," said Robinson, a retired ExxonMobil PhD engineering physicist who is now a part-time instructor in Basics of Drilling at Petroskills in Katy, Texas. "We see many students here who are being trained for supervisory positions, but who have absolutely no rig experience," he continued, adding: "Drilling is about 70 percent engineering and science and about 30 percent experience and art. You cannot calculate and plot the latter."

"Along with the great crew change, there has been a major change in attitude towards supervision and training among the operators in the drilling business. The change has been that supervisors and engineers do not have to have several years of hands-on experience. This is following the old Harvard Business School lesson that if you can run a Firestone Tire Store, you have the management skills necessary to manage. The problem is that the supervisors, engineers (and regulators) do not have the basic knowledge of the field practice. Hence, while hours of safety training are required, few in the training business, and less of the management, understand the actual practice.

On the other hand, while safety efforts have been to a large degree effective and will probably continue so, there always remains the problem of major failures due to lack of supervisory and engineering hands-on knowledge."

Representatives of the post-World War II "baby boom" generation (ages about 47-66) included Alan Davidson, age 51, a native of Scotland who is currently in West Africa as a well services supervisor in drilling and development (March 28 comment posted on "The Great Crew Change Series").

"Young engineers are being thrown into responsible positions without the necessary experience," Davidson said. "We have seen serious incidents in our field recently and I'm sure other events not publicized are on the increase. New engineers think all the necessary information comes from a laptop instead of actual exposure to live events. When they run into scenarios that don't come from a manual or literature is where they become stuck. 'If they listen' is key to the successful new engineers coming through."

Also speaking up vigorously on safety issues related to the Great Crew Change was a 50-year-old operations manager (name withheld by request) in Singapore for a worldwide service company.

"I've 24 years O&G experience and [am] currently an expat manager," he said. "Prior to accepting this role, I managed a significant service company back in my homeland, where we went through a recruitment campaign. The majority of applicants these days expect a spunky secretary, company car, their own office and a mobile phone –- all on day one. Yet if I wanted them to work more than two weeks straight, or asked for something beyond the norm, I would be landed with either 1) Union issues 2) HR issues or 3) I'd lose the hand (my preference!)."

Kids these days are generally lazy, over-educated, over-fed and have no idea of what a hard day's work is all about… If I were 20 years old and looking for work, why would I consider the O&G industry when there are safer jobs, with just as big income to be made, and I can be home with my lady each night…. Will employing [more highly-educated] engineers fix this all this? You've got to be bloody kidding! Actually, the industry is kidding itself and that's the other reason why it's losing all the experienced and/or quality hands! Talking of engineers, bloody text book whizzes… don't get me started!"

And last but not least, representing younger/newer industry workers, was a rig manager for one of the major oil companies with operations in the Persian Gulf, an industry veteran of only seven years experience, who firmly believes that both "textbook" and hands-on training by more experienced hands is quite essential for both super-safety and personal success in the field. Here's his story (March 4 comment posted on "The Great Crew Change Series"):

"…So you want to be a roughneck, eh? I went to Maritime Drilling Schools Limited [MDS] in Canada and my experience with this school was excellent. I did this course in 2005 and went to work immediately afterwards because of the tickets I had from this school. The drilling school provides hands-on rig experience and covers all operations in drilling and safety training. Once you finish, you receive 12 certificates that meet government and industry accreditations and there were 28 students in my class from all over the world."

The school also prepares you physically and mentally and pushes the limits, adding life skills and job-readiness to the program. We had an opportunity to start a physical training program at the state-of-the-art gym across the street, as the school promotes a physical fitness program at a reduced cost, to prepare you for the physical aspect of conditioning for the job. On a continuous basis, they talk about working in remote areas and financial responsibility, so that you save your money and have a fat bank account for when you're done."

This was the best move for me and my family, as it has benefited me in many ways. I worked my way up the ladder on land rigs and now working as rig manager ... in the Persian Gulf. Well, that being said, I would never have gotten this far if I didn't have the knowledge and expertise given to me by Reggie MacDonald and his brother Colin. Throughout my career, I have never run into two knowledgeable instructors like those guys and they were the best trainers I ever had and I [have] been to a lot of schools over the past several years."

… [I]f you're serious, you can do very well in this field. I know a lot of students who went to this school; some stayed with it and some didn't. The ones that did are doing very well, but you've got to go out to Alberta, North Dakota or Texas when you finish the course. If you laze around waiting for the employer to call you, well, it'll most likely never happen."

The younger industry veteran's theme was not an unusual one among younger, newer rig workers, namely that there are no "free rides" in the upstream petroleum industry. Extensive technical training, sometimes the equivalent of college but without the college degree, plus very serious and hard hands-on rig experience, seems to be the ticket to the highest safety-plus-success ratios on rigs. But are parts of the industry also spawning a generation of degreed engineers and perhaps other rig workers, being whisked into rig supervisory jobs with little or no rig experience? Additional comments welcome!

Coming Up in May's Great Crew Change: A profile on Eric Roth, who began cleaning 'potties' on Rig supply boats, worked every trade he could, then paid to study textbooks hard and now, in only his early 30's, earns $200,000+ as a drilling consultant in health, safety and the environment.