The Chicago Mafia and the Price You Are Paying for Gasoline 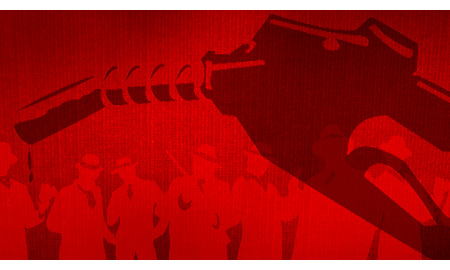 No, no! This is not about the mob holding up service stations and running off with their gas tanks. No, it has the makings of something much more sinister than that, something that has the makings of reaching into all of our pockets, making the oil boys rich beyond their wildest dreams while putting the American economy at risk and family budgets in the trash can.

Overlooked, by and large, is the fact that Chicago is to commodity trading what Wall Street is to financial markets. The world's most significant trading exchange, the Chicago Mercantile Exchange Group (C.M.E. Group) is headquartered there, does its business there, establishes its policies there, and projects its power to influence institutions, the press and government from there as the world's leading and most diverse derivatives marketplace. It proudly brays that it is to the CME Group and in turn Chicago, "where the world comes to manage risk." It is an intrinsic part of Chicago's economy and culture. One could almost say as the C.M.E Group goes, so goes Chicago.

Well and good, while all the while we have in Washington a president whose very political formation was in sinews of Chicago politics, from his first elected office to his ascent to the White House. And the ties to Chicago continue to be strong if not even stronger than before.

President Obama's first chief of staff, Rahm Emmanuel, left the White House to run for and be elected Mayor of Chicago, where he currently serves. Until the end of last year the mayor was William M. Daley, Secretary of Commerce under President Clinton, and former Midwest Chairman of J.P. Morgan Chase with its overarching business ties, and most significantly, son of the fabled, all powerful Mayor of Chicago, R.J. Daly (1955-1976), and brother of the dauphin Mayor of Chicago, Richard M. Daly (1989-2011). In other words, a man with noble Chicago blood running through his veins.

With these luminaries in place, the C.M.E. Group has a head start by a mile in protecting its turf from government interference or otherwise said regulation. It has fought tooth and nail to keep things as they are with massive lobbying and all. This in spite of the growing appreciation throughout the land that commodity exchange trading has, and is distorting the norms of supply and demand, extracting an enormous tax on consumers to the benefit of the commodity players, the banks and their proprietary trading and in the case of the oil industry, vast riches being transferred to the oil producers out of the pockets of the many.

And yet, over the years years, and certainly during this administration, nothing has been done to rein in the excesses that the commodity exchanges have propagated. The Commodity Futures Trading Commission (CFTC), with one of the five commissioners being ex-C.M.E. operative on board, had become the 21st century version of the 18th century castrati whose talent was to sing beautifully, while the CFTC's is to hold hearings endlessly. (Please see "Time to Dismiss the CFTC Chairman and his Commissioners," 12.27.10). This in spite of such power players in the field as Rex Tillerson, Chairman and CEO of the world's largest publicly traded oil company Exxon Mobil, telling a Senate Banking Committee in May of last year that at least 30 to 40 percent of the price of a barrel of oil is due to speculation. You would have thought the CFTC and the government would have jumped all over that. Yet, a crucial comment of that magnitude was swept under the rug never to be heard from again, and probably much to the C.M.E. Group's relief.

There was a bright moment back in April of last year, giving hope that the influence the Chicago Mafia was giving way to the nation's interest as a whole. Amidst much fanfare was the announcement of the "The Oil and Gas Price Fraud Working Group" and the prospect of all the skeletons that were about to be uncovered (also please see "Obama Administration Announce Formation of Oil/Gas Pricing Fraud Panel. Really?" 04.27.11). But seemingly today, one could readily conjecture that the CME had gotten its tentacles into the heart of that commission, because nothing has been heard from that august body. Next month it will have been a year since the fanfare of its announcement.

To understand the dimensions and the scope of the CME's trading one need only refer to their press release of February 8, 2012, barely four weeks ago:

NEW YORK, Feb. 8, 2012 /PRNewswire/ — CME Group, the world's leading and most diverse derivatives marketplace, today announced it set a new record for trading volumes for its energy products on Tuesday, February 7. Trading volume for energy futures and options contracts totaled 3,489,302 contracts yesterday, climbing 13 percent higher than the previous record of 3,098,129 contracts on February 22, 2010. These contracts are listed by and subject to the rules of NYMEX.

Referring to current gasoline prices, President Obama commented but two days ago, "What's happening in Detroit will make a difference (doubling automobile mileage standards by 2025). But it won't solve everything. There is no silver bullet for avoiding spikes in gas prices every year."

No, Mr. President, there is a silver bullet. Go after the commodity exchanges and the distortions to price that they enable. By mandating transparency and both rigid and effective supervision you could bring down the price of gasoline by one-third in short order. And going one major step further is still achievable within several years' time, by initiating a massive program to convert our transportation vehicles to environmentally safer compressed natural gas, going on to encourage Detroit to retool, building a new fleet of cars that run on compressed natural gas rather than petroleum-based gasoline.

The price of natural gas closed at $2.48/mmbtu on Friday, March 2nd. At that price, oil would be forced down to about $15 (fifteen) a barrel to compete in order to deliver an equivalent quotient of energy (oil closed Friday at $106.74/bbl.) Given the new technology that has led to massive and expanding discoveries of natural gas within our borders, what are we waiting for!?