The Price of Oil: Saudi Agenda, Our Gullibility 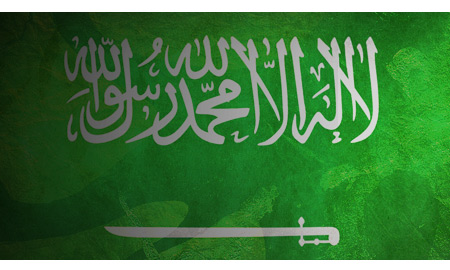 One is compelled to pull out that old chestnut, "There he goes again." The face of Saudi oil, and de facto senior voice of the OPEC cartel, Saudi Oil Minister Ali Naimi entertained us to one of his seminal dissertations, expounding on Saudi Arabia's concerns for the well being of all mankind.

Stating the case clearly, that Saudi Arabia "... remains the world's largest producer and the country with the largest proven reserves, so it has a responsibility to do what it can to mitigate prices." No argument here.

Yet that bit of wisdom is prefaced by the oldest of canards, "Needless to say Saudi Arabia does not control the price: it sells its crude according to international prices." A truly bizarre declaration coming from the leading protagonist of the cartel, OPEC, whose primary function is to limit the supply of oil to world markets to control, and within the limits of the world's tolerance, to maximize the price of crude oil in the market place. Clearly their efforts have been so successful that the limits of tolerance have now been reached and letting off a little steam has become part of the ritual.

The ritual is encapsulated in the mantra repeated in Mr. Ali Naimi's pronouncement: "The bottom line is that Saudi Arabia would like to see a lower price . It would like to see a fair and reasonable price, that will not hurt the economic recovery, especially in emerging and developing countries...". A statement that automatically elicits our well inculcated and programmed hosannas whenever such mumblings come out of Riyadh.

The trouble is we have heard this babble before and now again. In December of 2008, with oil prices teetering below $40 a barrel and gasoline prices accordingly restrained, our now benevolent Saudi Oil Minister Al Naimi would pontificate, after King Abdullah himself had ventured that $75/bbl was a fair and reasonable price, enlightening us, "You must understand that the purpose of the $75 price is for a much more noble cause. You need every producer to produce, and marginal producers cannot produce at $40 a barrel." This coming from a producer whose "all inclusive" production costs veer toward "$1.50/bbl" or possibly less according to a pronouncement made by none other than Mr. Ali Naimi at the Houston Oil Forum in November 1999.

Well, several months after the December 2008 statement giving us the parameters of oil price 'nobility' the price touched and quickly breached Mr. Al Naimi's $75/bbl. As it went shooting on to $100/bbl and well beyond with barely a word of discomfiture coming from OPEC's or the Saudi Oil Ministry's headquarters.

As the price veered to $100 and higher the International Energy Agency had the presumption to criticize OPEC for holding back production only to be roundly reprimanded by OPEC's the Secretary General El-Badri blaming high prices on speculation and "technical means", whatever that means.

Speaking of speculation -- or worse, manipulation -- and given the lack of transparency in the trading of oil futures in the world's commodity markets, it would be interesting to hear from Mr. Ali Naimi whether the Saudi Oil Ministry, Aramco, the Saudi Sovereign Wealth Fund or whatever Saudi or OPEC designees are currently holding oil futures contracts and to what purpose. Certainly not to lower the price of oil?

Anyway, thank you Mr. Ali Naimi. Your sincerity and good deeds are appreciated.