First Movers in Eco-Drilling: What to Do with Those Pesky Drill Cuttings 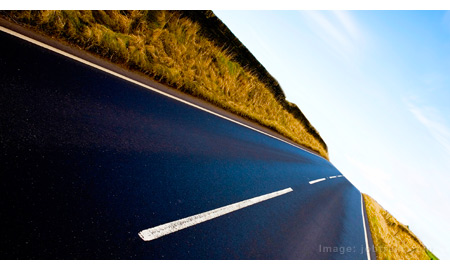 South of the brushy desert area of Pecos, Texas, is a test site for a project to turn once-detested drill cuttings into eco-friendly road surfaces … and more.

Faced with historically difficult waste disposal challenges, researchers are now eager to make drill cuttings into road surfaces and construction materials, and even re-inject them back into the earth safely. 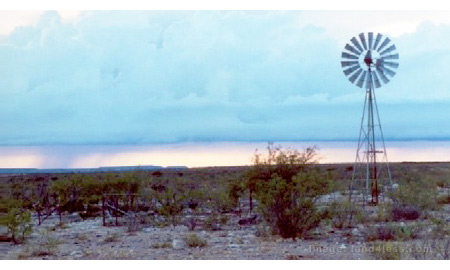 So far, so good, says project director David Burnett, an advisor with Texas A&M University's Department of Engineering. The road surface does not "disappear," like the roll-up durable mats did in the same pilot project, but they made an acceptable surface that goes back to the earth without any environmental consequences when the need for the road is done. Key advantages of using drill cuttings are that the road base material is much more durable than the typical caliche being used in lease roads in South Texas and that the drill cutting material could be installed by a four man crew utilizing road building equipment.

"I really like the concept of the road mats and the drill cuttings base roads", said Paula Maywald, restoration ecologist for Environmental Land Steward Consults in San Antonio, Texas. "Many of my landowner clients require remediation of well pads and lease roads after drilling. And the operator's remediation costs are much less, so they recover much of their investment in the removable roads and drill cuttings roads."

Meanwhile, Scott Environmental Services Inc. (SESI) of Longview, Texas, also participated successfully in a pilot project at the Pecos test site. SESI makes its life's work finding earth-friendly ways to deal with drill cuttings and other waste from hydrocarbon production. The company developed a patented service called Firmus that takes different kinds of drilling wastes – including freshwater mud and cuttings, oil-based cuttings and some saltwater mud and cuttings – and treats them with a solidification and stabilization technology so the "muck" can be transformed into construction material. Among the finished construction products are lease roads, drilling pads, compressor station pads, tank battery berms and other load-bearing structures.

The Scott Environmental Services process is typically broken down into two phases. The first involves reducing the plasticity of drilling mud and cuttings, as well as drying and preparing them for reuse. The resulting material is then transported to the construction site, where there's further stabilization and shaping of the material to meet the desired loads that it will bear.

The process provides a double-whammy environmentally, because it takes waste that is normally disposed of and recycles the material for the creation of structures that would need new raw materials to build. The process thus reduces the overall environmental footprint, and mitigates customers' future liability for complying with often-challenging waste disposal regulations.

From previous experience, "we have learned that [Firmus] is most effective when a customer has high contaminant levels, transports the waste offsite for disposal and/or has multiple wells to drill in a given area," according to a background paper by Scott Environmental Services.

The company has another proprietary service called Duro, which uses the same raw waste materials as the Firmus process and treats them for use as load-bearing structures for setting tanks in hydraulic fracturing or other equipment during or after completion.

This is typically accomplished by solidifying and stabilizing the mud and cuttings within the confined pit area, the company noted. The Duro service is similar to Firmus in that it prepares the mud and cuttings for use and then further stabilizes them to support loads, but the Duro process also immobilizes the contaminants to reduce their mobility in the environment. This process is most effective when the customer's waste has high contaminant levels and/or is being transported offsite for disposal, the company said.

A Shot to Mother Earth?

Cut the action from the desert region of Pecos, Texas to the rough-and-tumble scenery of western Colorado's Piceance field. In an effort to reduce the environmental footprint of drilling operations, ExxonMobil tried Colorado's first subsurface injection of drill cuttings back into the earth, with a lost-circulation zone in the Wasatch G formation as the injection zone. 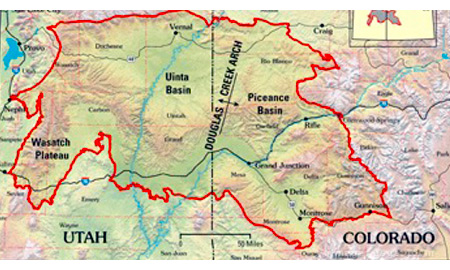 During the first phase of the pilot project, the operator injected water-based mud and drill cuttings from four wells into a fifth well to test technical feasibility and the formation's response to the injection. The fifth well was suspended at the intermediate casing and perforated in the Wasatch G formation. More than 40,000 barrels of fluid were injected in vacuum conditions, with confirmed confinement to the target zone.

When phase one proved successful, the operator moved into phase two, which involved assessing what was required logistically to transport cuttings from multiple drilling locations to a central processing and injection site. The pilot project processed cuttings from three active rigs and demonstrated the capability to process cuttings from more than six rigs.

All in all, these projects are proving the old axiom "waste not, want not" to be true.

Cris  |  January 08, 2013
As part of the Center for Energy Sustainability and Economics global series, the 3rd annual Drilling Fluids and Cuttings Management Asia conference (13-14 March 2013, Bangkok) will look at implementing environmentally friendly drilling fluids and cuttings strategies to optimize your waste management whilst cutting costs. This forum will bring you tested field examples from operators across Asia and further afield who have optimized their drilling and waste management. We take a microscopic look at practical strategies focusing on: • Finding the balance: water-base muds and oil-base muds • Improving the modelling, diagnosis and process of cuttings re-injection • Overcoming the challenges of shipping drill cuttings in frontier territories onshore • Exploring the dilemma of environmental testing of drilling fluids • Legislative perspectives from the environmental regulators Call us at +65 6818 6344 or email us at drillingfluids@arcmediaglobal.com.
Barbara Saunders  |  April 03, 2012
Javier, Me too! I think we should find a way to make most urban roads "disappear" :) too ... Ill find out, pls e-mail me and Ill e-mail you back. Barbara
John Taylor  |  March 27, 2012
I'm in Alaska just now on an injection project, same old same old, the prudoe projects were/are based on North Seaprevious experience, one previous project I was involved in offshore Mexico has injected 8 million bbls already. its a well proven technology that should be utilized more often in the USA
robin.somerville  |  March 23, 2012
Nothing new here we developed technology in the mid eighties for drilling mud reuse In the U.S. Mexico and Alaska. The system we used did treat the heavy metals to non detect levels Robin Somerville Solidiwaste L.P.
Javier Betancourt r  |  March 23, 2012
VERY NICE INITIATIVE. I want to join on it. How do I do?. JAVIER BETANCOURT
Barbara Saunders  |  March 23, 2012
WZC and Wan, There ya go and thanks for commenting. Other story ideas! Adapting Alaskas special technologies on a broader scale is still significant, but maybe we should look into what was done earlier. Heavy metals, okay, check!
Jim Scott  |  March 23, 2012
SESI has encountered no problems sequestering heavy metals. The Firmus® and Duro℠ processes mainly use solidification, methods that encapsulate contaminated material into a solid material, and stabilization, methods where chemical reactions occur between reagents and contaminated material to create insoluble materials, to treat and/or reuse the drilling waste. For more information about our services please contact us at: info@scottenv.com
WZC  |  March 22, 2012
Soinds like operations in prudhoe bay, Alaska in the early 90s. Never ceases to amaze at the new found technologies 20 years after it was done somewhere else. Ball mills were running grind and inject of drilling production materials long ago.
wan fauzi  |  March 21, 2012
Any problems with the heavy metals from the drill cuttings?