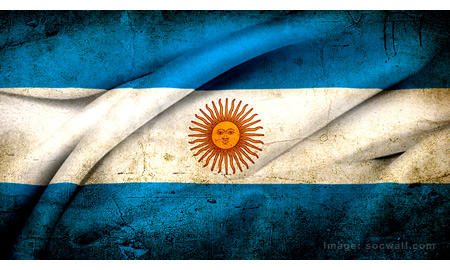 BUENOS AIRES - Argentina's Foreign Ministry said Thursday it will take measures against what it describes as the "illegal" exploration for oil and gas in the waters surrounding the disputed Falkland Islands in the south Atlantic.

Foreign Minister Hector Timerman and the federal government's top lawyer, Angelina Abbona, will announce the measures during a press conference that is scheduled to start at 12:30 p.m. EDT, the ministry said in a statement.

Ministry officials declined to comment or couldn't be reached.

Argentina's President Cristina Kirchner hinted earlier this month her government would take legal action against not only the companies directly involved in fishing and oil exploration off the Falklands but also their investors.

U.K.-listed oil companies are targeting the estimated 8.3 billion barrels of crude some believe lie in the waters surrounding the Falklands.

Shares in the some of the main exploration firms traded lower in London ahead of the press conference.

Rockhopper Petroleum PLC, which plans to drill the highly prospective Loligo well later this year, was down 8 pence, or 2%, at 361 pence. Falkland Oil & Gas, meanwhile, was down 0.4% at 61 pence. Shares of Borders & Southern Petroleum PLC, an explorer that has already begun work on the Stebbing prospect, were up 0.3% at 69 pence. Desire Petroleum PLC's shares were unmoved at 30 pence each.

Oil production could prove a boon for the Falkland Islands government, whose main source of revenue are fisheries licenses sold to companies eager to fish the rich waters surrounding the islands.

Argentina has long sought to regain the Falklands, which have been under British control since the early 1830s, as well as South Georgia and the South Sandwich Islands. The two nations fought a brief but bloody war for control of the islands in 1982 that ended in a stinging defeat for Argentina.

Argentina bases its claims on its geographical proximity and its brief possession of the islands before Britain drove it out.

U.K. Prime Minister David Cameron has said on repeated occasions there is no chance of negotiating the sovereignty of the Falklands unless the islanders ask for it.

Since winning re-election with 54% of the vote last October, Kirchner has become increasingly vocal at home and abroad in demanding that the U.K. negotiate the return of the remote islands to Argentina.

Kirchner has stoked nationalistic passions in recent weeks ahead of the 30th anniversary on April 2 of the start of the Falklands War.

Argentina has enjoyed some success in its efforts to diplomatically and economically isolate the Falklands, whose roughly 3,000 inhabitants are overwhelmingly of British descent.

The popular 59-year-old president recently said her government will renegotiate the terms of a weekly commercial flight from Chile to the islands. The flight lands in Argentina twice a month.

Last month, Industry Minister Debora Giorgi called about 20 of the nation's top chief executives last month to ask them to stop importing goods from the U.K.

In December, the South American trade block, Mercosur, closed its ports to Falkland flagged vessels. Some Caribbean countries have since joined the Mercosur embargo.

"We aren't looking to increase the rhetoric of conflict with Argentina. We believe in peaceful and friendly relations," he told reporters. "We don't believe that an economic blockade of the Falklands is the way to resolve this."

Rocky Bravo  |  March 16, 2012
Way to go Argentina. I am wiith you on this one. How would British feel if Channel Island was taken by force and colonized by Argentinians some time ago? Would you not stake your claim on it? USA saved Britain some disgrace in Falkland war in 1982 by opening their ports to the Brit warships to refuel also possibly other recon and logistical support. Otherwise outcome would have been different despite Argentinian incompetence.
Deepwater805  |  March 16, 2012
Argentina once again proves why its the leader of the banana republic world.
ron mcdonald  |  March 16, 2012
If the descendants of the British leave the islands, will the descendants of the Spanish leave Argentina and return ownership of that land to the dispossessed original natives? Oh, I forgot. The original natives were eliminated. Ah well, thats colonialism!
Jagadis Chakraborti  |  March 16, 2012
When will this British Hooliganism end? They looted our country for 350 Years also elsewhere in this world. Now the time has come, complete global community should protest and drive out the Britishers from there, and stop this colonial attitude from this world from any part of the country
Scotty  |  March 16, 2012
Im going to take issue with the below comment: "The two nations fought a brief but bloody war for control of the islands in 1982 that ended in a stinging defeat for Argentina" It wasnt a "war for control" - Argentina invaded a UK dependency and the UK ejected the invaders. The whole tone of this article implies that the islands ownership is in doubt - ( a misguided attempt at even-handedness?). The Falklands are British, and until the people of the Falklands make it known that they want to be something different, thats how theyll stay.
John Morris  |  March 15, 2012
Four hundred miles is not proximity. "Reclaiming" is a joke when Argentina never had it in the first place. As always it is just politicians trying to win popularity by stirring up passions to distract the people from the governments failings. Two can play at embargoes and we are part of the EU (unfortunately) tit for tat will not matter much to us as South America is not economically or politically important to us. We dont need Argentina and neither does the Falklands. So carry on Argie see if anyone cares...
spike  |  March 15, 2012
It would be nice to see England bare its fangs just once !
Daniel Dominick  |  March 15, 2012
The Falklands community deserve to have the right to say who governs them. Now they have oil they may well say they want to govern themselves. They could make a trade agreement with a larger country to protect them militarily as I am sure Argentina would simply just invade them if they did not have the military protection of a large nation. There is no dought the Argentinian establishment have no respect for the rights of the ordinary people. Just because these islands are geographically adjacent to them gives them no rights over them as the peoples of these islands have farmed them and fished them through all modern times, even in the times when it was extremely challenging to do so.
D. Nacinovich  |  March 15, 2012
I would like to correct Mr. Reeds comment below. Malvinas Islands were discovered by Fernando de Magallanes in 1520. First governor was Felipe Ruiz Puente in 1767. Argentina became independent "in fact" or "de facto" in May 25, 1810, and declared independence from Spain and any other foreign crown in July 9th, 1816. Great Britain invaded the islands in December 1832, when Argentina was an independent country (not a Spanish colony). Also, the present government is no fascist, but rather a central-lefty rule.
C Reed  |  March 15, 2012
Argentina cannot regain the Falkland Islands as they were never in control of them in the first place. When Great Britain inhabited the Falkland Islands, Argentina was a Spanish colony. When Argentina became a sovereign state, Great Britain was one the first countrys to recognize the new country. Argentina is still close to being a fascist state, deep down that's who they are.
RELATED COMPANIES
Company: Desire Petroleum more info
Company: Falkland Oil & Gas more info
Company: Rockhopper Exploration more info