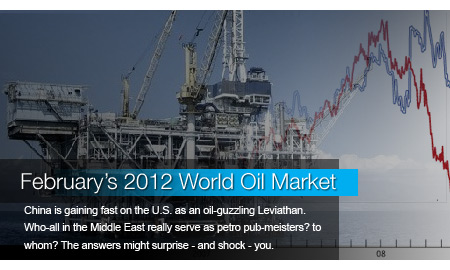 and Which Middle East "Petro-Pubmeisters"

Are Most "On Top"

Not to be outdone: Slurp, slurp, guzzle,gulp SLURP, goes the United States’ own long-running #1 oil-gobbling act.

Where is this Oil Sot contest going to end?

And who all really supplies it?

China is the most-populous nation in the world, with some 1.3+ billion people, per the World Bank's latest 2012 estimate. It's also a robustly growing, rapidly modernizing oil guzzler, second only to the United States in its chronic and seemingly incurable "oil-a-holism." 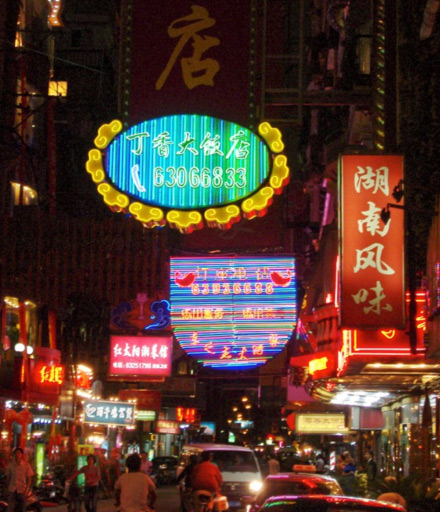 Together, the U.S. and China are like a two-headed, modern-day, oil-drinking Leviathan – and guess who-all are "on tap" for them in the world's petro-brewing capital: the Middle East?

Did you guess, perchance, Saudi Arabia?

Right, but only partly right.

Look at China’s top 10 oil suppliers, vs the U.S.’ for 2010, the most recent aggregated and comparable data available: 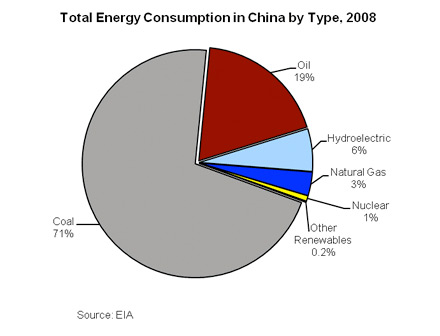 The Saudis are a stable, reliable, peace-conscious supplier when it comes down to it ... but the likes of Iran, Iraq, Sudan etc, China's also-popular "petro-pubmeisters," seem to ring alarm bells in some quarters. 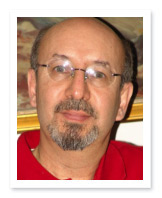 But first, a brief non-commercial break, sponsored free by the folks at the U.S. Energy Administration (EIA.) 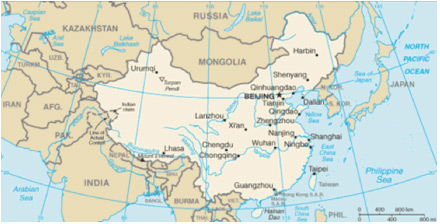 That being said, Shahriar Hendi Says:

"Due to a phenomenal economic growth rate of 8-10 percent per year, China's thirst for energy is growing rapidly and is expected to double by 2020 and even quadruple by 2050."

"China is expected to outpace the U.S. as the world's top oil importer sometime after 2030."

"For the time being, the Chinese economy is mainly coal-based (70 percent). However, drastic CO2 emissions is pushing China towards energy substitution, i.e., from coal to oil and gas at the first stage (to 2030), and to renewable energy at a later stage (to 2050).

U.S.- China-Middle East policy is passing through a very crucial stage and such conditions are expected to continue until 2030. Dependence on oil means dependence on the Middle East – home to 70 percent of the world’s proven reserves.

According to International Monetary Fund (IMF) forecasts, China’s economy is expected to surpass that of America in real terms by 2016.

The United States is not in a position to halt or even slow down China's economic growth, but as the world's top military power, the U.S. is in a position to exercise control over China’s main source of oil imports, i.e. the Middle East. The U.S. will implement such control through its military presence in the Middle East, as well as keeping a constant eye over strategic chokepoints to supervise China’s imported oil maritime routes."

"Meantime -- and for the years to come -- the U.S. will also be busy with a widespread 'stabilization' plan within the Middle Eastern societies, which is already underway under the title of 'Arab Spring'."

"The Chinese, on the other hand, would probably leapfrog from oil, if they could, until they manage to efficiently reduce dependence on fossil fuels and turn into a clean energy based economy. Such a goal seems to be viable only after 2030. Until then, China would concentrate on a conditional coexistence with the U.S., while benefiting from its position as the largest creditor nation and foreign holder of U.S. public debt.

In the new Obama Doctrine, China, the Pacific and the Middle East are at the forefront of the U.S. defense strategy during the next decade. Europe will no longer be a U.S. priority, as it was during the Cold War.

The likely related developments in 2012 are expected to be further U.S. efforts to expand its military and non-military presence in the Middle East through extending 'social engineering' plans to Syria, Iran and Saudi Arabia. Iran, Iraq and the Arabian Peninsula are at the core of the energy reserves in the Middle East and therefore, among the priorities of Chinese foreign policy.

For several years to come, both China and the U.S. will maintain high interests in the Middle East, with ‘energy security’ being the main key driver for the former, and ‘geopolitics of energy’ for the latter."

Now, if that "ain’t" fuel for thought, what is?

Barbara Saunders  |  February 28, 2012
Heres one link re: China and Brazil http://www.washingtontimes.com/news/2012/jan/19/china-gets-jump-on-us-for-brazils-oil/?page=all
Chase Gregory  |  February 24, 2012
John, I would like to know this too about China being supplied by Brazil
Jaideep  |  February 23, 2012
I really appreciate the above article. But I think China would become Oil independent by 2019-2020. Reason being the vast amount of R&D which takes place and their thirst to grow and overpower US. I think India should also do serious efforts like this, so that China does not take a disadvantage of its position in global market in terms of Technology, Politics, etc.
John Hinh  |  February 21, 2012
How much of China's current petroleum needs are supplied by Brazil?
thackney  |  February 20, 2012
US oil consumption has been declining for several years. http://www.eia.gov/dnav/pet/hist/LeafHandler.ashx?n=PET&s=MTPUPUS2&f=M