Want to make the big bucks in the oil & gas industry? Starting your own business is a great option but climbing the corporate ladder can be just as rewarding. Check out how some of the top CEOs in the industry worked their way to the top and what that meant for their 2010 compensation.

Road to CEO: As the top earning CEO on our list, Mr. McClendon worked as an independent oil and gas producer from 1982 to 1989. Today he is the chairman of the board and CEO of Chesapeake Energy - a company he co-founded in 1989 with former company president Tom Ward with an initial investment of $50,000. In 2005 Forbes Magazine named McClendon one of America's top performing executives.

McClendon made headlines in October 2008, when he sold about 32 million shares of stock for $16.52 per share (about $569 million) to meet margin calls. Three months prior, the shares would have been worth about $2.2 billion.

According to the Wall Street Journal, later that year the board of directors awarded McClendon a compensation package that included a one-time $75 million bonus. Shareholders challenged the package and filed a number of lawsuits.

Outside of the office, McClendon is a minority investor in the Professional Basketball Club LLC, which owns the Oklahoma City Thunder (formerly the Seattle Supersonics). 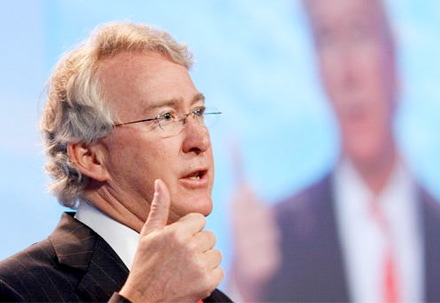 Road to CEO: Mr. Irani moved from Beirut to California when he was 18 years old and studied physical chemistry at USC. After graduation in 1957, he worked for Monsanto Company as a researcher for 10 years, and then joined the Shamrock Corporation. He later served as president and COO of a chemicals and metals company called Olin Corporation. Occidental Petroleum hired him in 1983 to help its chemical division. In 1984 he was promoted to chairman and COO of Occidental Chemical Corporation. In 1990 he was made chairman and CEO of Occidental Petroleum. Irani also serves as a director of the American Petroleum Institute. 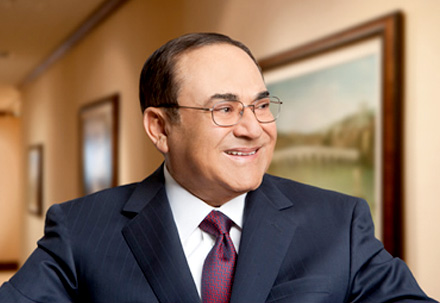 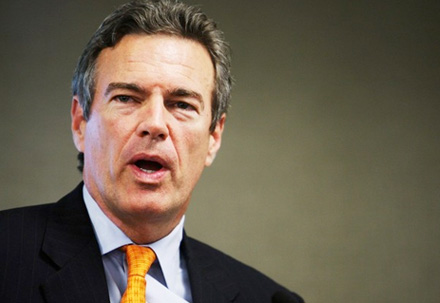 Road to CEO: J Larry Nichols is the chairman and CEO of Devon Energy Corp., which he founded with his father, John Nichols, in 1971. After graduation, Nichols served as law clerk to Chief Justice Earl Warren and Justice Tom Clark. He then was made special assistant to then Assistant Attorney General William Rehnquist in the US Department of Justice. Nichols has served as Devon's CEO since 1980 and was president from 1976 to 2003. He has been the company's chairman since 2000. 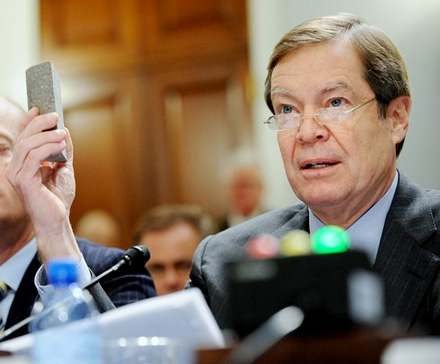 Road to CEO: Mr. Ferris is chairman and CEO of Apache Corp. He's served in many positions at Apache since joining the company in June 1988 as vice president of Domestic Exploration and Production. His list of titles includes senior vice president from 1991 to 1994 and president and COO from 1994 to 2002. He assumed the position of chairman of the board in January 2009 and appointed CEO in May 2002. Prior to joining Apache, Ferris was vice president of Finance and Business Development and Treasurer of Terra Resources from 1983 to 1988. 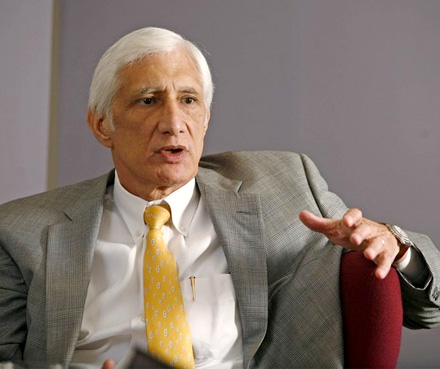 Road to CEO: Mr. Lesar is chairman, president and CEO of Halliburton Energy Services. He started his career at Arthur Anderson as a certified public accountant where he worked on Halliburton's account. He spent 16 years at Anderson before joining Halliburton as a vice president in 1993. In 1996, Lesar was named the CEO of Kellogg, Brown and Root in addition to being the CFO of Halliburton. In May 1997 Lesar became the COO, and in 2000 he became the CEO. 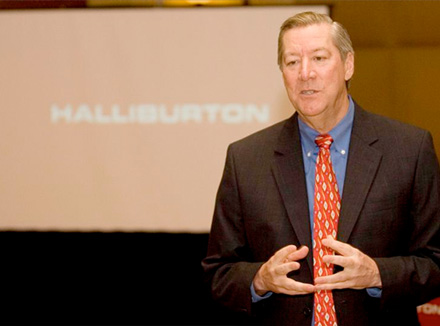 Road to CEO: Mr. Mulva is the CEO and chairman of ConocoPhillips. After graduation in 1969, Mulva served in the US Navy until he joined Phillips Petroleum Co. in 1973. In 1990 Mulva joined the company's management committee as CFO and in 1993 he was named senior vice president. In January 1994, he became executive vice president and later that year was named president and COO of Phillips. From 1999 to 2002 Mulva served as the chairman and CEO of Phillips. Phillips then merged with Conoco and Mulva was named president and CEO of ConocoPhillips. 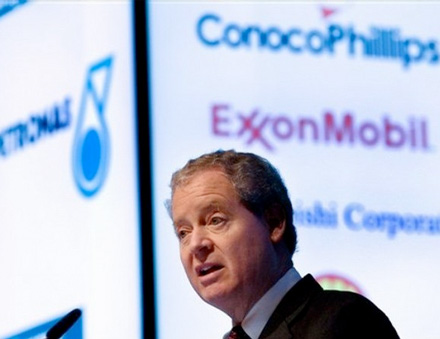 Road to CEO: John Hess is the chairman and CEO of Hess Corporation, a family business his father started in 1933. Hess started pumping gas at Hess stations at a young age. When he was 7 years old he joined his father on the company's foreign oil fields. In 1976, John started his first official job with the company as a graduate trainee. In 1984 he moved to senior vice president, managing exploration and production operations and contributing to the development of fields in Canada and the Gulf of Mexico. In 1986, John was appointed to senior executive vice president. Nine years later, he became the chairman and CEO. 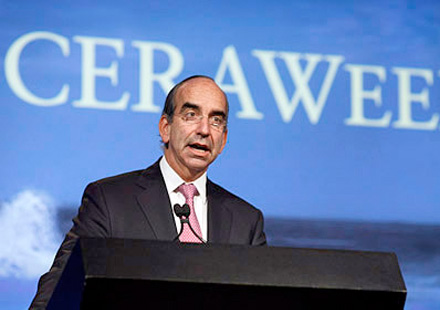 Under Tillerson's leadership, ExxonMobil acquired XTO Energy in 2009 for $31 billion in stock.

Mr. Tillerson is the National President of the Boy Scouts of America. 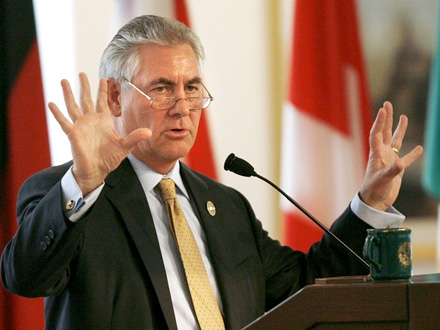 Road to CEO: Mr. Moore has been the CEO and a member of Cameron's board of directors since 2008. He spent 23 years with Baker Hughes in marketing, manufacturing, and human resources before joining Cameron in July 1999 as vice president and general manager of the Western Hemisphere. In 2002, Moore was named president of Cameron's drilling and production systems organization, and in 2007, he was elected president and COO. 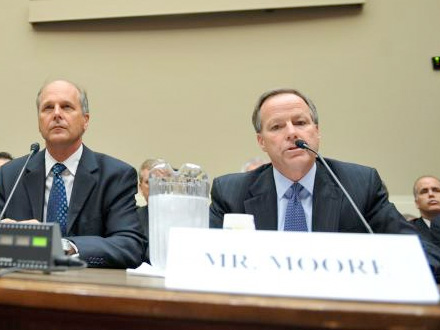 LJWood  |  January 31, 2011
I think the entire group is tragically too male, but a true reflection of the network that puts hardworking people in top industry positions. I just wish it were a more diverse network.
Thabo Buthelezi  |  January 31, 2011
It just proves the point that before one can become a CEO or millionaire in this lucrative industry, which is complex a combination of hard work and a little bit of luck is needed.In this list I don't see any young millionaires ,meaning you will only be a millionaire or billionaire near retirement, after years of toil. This road is not for the faint-hearted. Meaning all the years will be spent in understanding the intricacies behind on your road to make it. Another question I expected to see all the CEOs supermajors?
Mark A. Reilly  |  January 31, 2011
When is voting on compensation going to be put on the ballot at the shareholders meeting? They should be paid a factor (10 to 1 20 to 1) of the lowest paid employee in the organization. Why are people that make them successful not sharing in the company success?
Richard D. Haun, PE  |  January 30, 2011
I feel that the compensations noted are generally in keeping with the required decision making expertise and performance requirements of the company executives. Directional decisions make or break a company. Directional decisions that are pivotal in a company's future success cant be left to anyone concerned about their personal financial problems or other trivial issues. They must keep their eye on the ball. The correct CEO is invaluable to a company and CEO earnings are worth it when well placed. Experience shows very clearly that the incorrect or inept CEO is a death blow to a company at any bargain price.
Most Popular Articles
Oil & Gas Job Suggestion
Related Articles
Regional News
United_States
700K Industry Pros can’t be wrong.   700K Industry Pros can’t be wrong.
X