With utilization rates in the high 60th percentile worldwide, offshore rig demand is at a 5-year low. Nevertheless new rigs will hit the market this year to meet the demand for oil and gas exploration and production. Rig orders predominantly placed from 2006-2009, near the top of the offshore rig demand cycle, are ready for delivery over the next 12 months.

Looking ahead at 2011, there are 54 total rigs due to be delivered this year, down three from last year. Only 29 of those are contracted at this time. This number includes 21 jackups, 13 semisubmersibles, and 20 drillships.

The first three quarters of 2011 will see nearly equal number of deliveries, with Q4 tapering off. Fifteen newbuilds will hit the market in Q1, followed by 14 rigs in Q2, and 16 in Q3, provided that all rigs are delivered as scheduled. Q4 will welcome only nine rigs. It is worth noting, however, that due to likely delays in the construction process for some rigs and financing difficulties for some of the marginal owners/shipyards constructing rigs, not all of the rigs currently scheduled to hit the water this year will actually do so.

Seadrill has four newbuilds ready to leave the shipyard this year. The rig manager is one of the most aggressive rig constructors of the past decade with three semisubmersibles and one jackup expected in 2011. 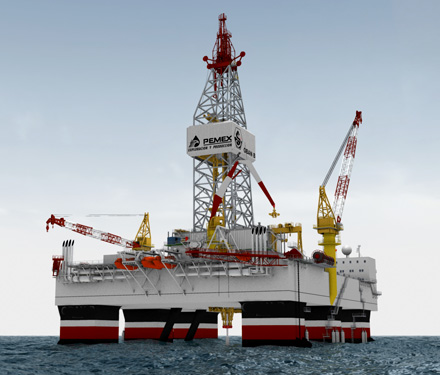 Seadrill's jackup, the West Elara, is also under contract. Statoil will take possession of the rig in October, three months after it leaves the Jurong Shipyard in Singapore. Statoil has agreed to pay $345,000/day through September 2020. The independent leg cantilever jackup is rated for 450 ft of water and can drill down to 40,000 ft.

Rowan has three jackups under construction; two of which are under contract. The Joe Douglas jackup is in the LeTourneau Shipyard and will be completed in September. McMoRan has contracted the jackup from October 2011 through September 2012 at $180,000/day to drill a deep gas well. The Joe Douglas is capable of working in waters up to 350 ft deep drill down to 35,000 ft.

The Rowan Norway jackup is scheduled to leave the Keppel Fels yard in Singapore in June. Xcite Energy has contracted the rig to drill the Bentley Field (WHERE) at $250,000/day from October 2011 through May 2012.

Ocean Rig also has three rigs due to be completed this year. Two of its three drillships are already contracted. The Samsung Yard in South Korea plans to finish the Ocean Rig Olympia in March. Vanco has contracted the drillship to work off West Africa through mid-August 2012 at $415,000/day. When complete, the drillship will be capable of working in up to 10,000 ft of water and drill down to 35,000 ft.

The Ocean Rig Poseidon drillship is due to be released from the Samsung yard in South Korea in July. Petrobras has contracted the drillship to work off Tanzania from October 2011 through May 2013 at $540,000/day. The drillship will be capable of drilling in up to 10,000 ft of water and drill down to 35,000 ft.

Pacific Drilling is also expecting three drillships to leave the yard this year. The Pacific Santa Ana is the only one of the three that is contracted. The drillship will leave the Samsung yard in South Korea in July 2011 and Chevron will take delivery of the rig in November. The drillship will work in US waters for four years at $482,000/day. The rig will be capable of drilling in up to 12,000 ft of water an drill down to 35,000 ft.

Nineteen shipyards will deliver rigs in 2011. Far East Asia is expected to deliver 25 rigs this year, which is the highest number from any region. Southeast Asia is due to complete 17 rigs this year, and the Persian Gulf comes in a distant third with five rigs scheduled for delivery. Other regions with yards finishing up rigs in 2011 include Eastern Europe, South Asia, GOM, Mexico, and Brazil.

The Samsung yard in Far East Asia is constructing the Stena DrillMax ICE for about $1,150 million, which is the highest construction cost of any rig due to be delivered this year. The drillship, which is not yet contracted, is designed for harsh environments and ice infested waters and is capable of drilling in up to 10,000 ft of water and drill down 35,000 ft. 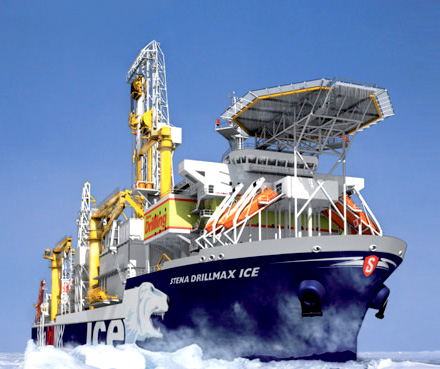 Looking at construction time, the average for all rigs is about 3.6 years, but jackups take the longest average time to construct - nearly 4 years (1431 days). Semisubmersibles take about 3.8 years (1398 days) to complete and drillships take about 3.2 years (1174 days) from start to finish.

Six of the newbuilds are due out of the yard in January. The Arkticheskaya jackup is scheduled to leave the Severodvinsk Shipyard in Russia at the end of the month. The jackup is not currently contracted.

Pride International's Deep Ocean Mendocino drillship is due out of the Samsung Yard in South Korea at the end of the month as well. Petrobras' 5 year contract for the rig starts May 1 at $429,300/day. 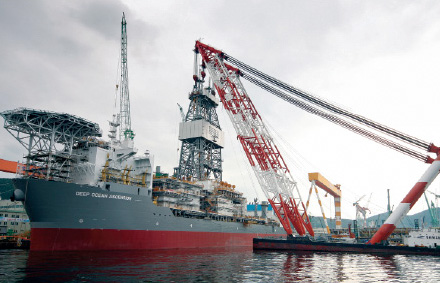 The Rowan Stavanger jackup is also due out of the yard on January 31. The Keppel Shipyard in Singapore is finishing up the jackup, which currently has no contract.

As mentioned above, the Jurong Shipyard in Singapore is on schedule to complete Seadrill's Seadragon 1 semisubmersible by the end of January.

Swecomex's Independencia I jackup will also be ready for service at the end of this month. The jackup is currently not contracted.

However, Swift Drilling's Swift 10 jackup does have a contract in place. After it is completed in January, the jackup will work for NAM for 5 years off the Netherlands at an undisclosed dayrate. 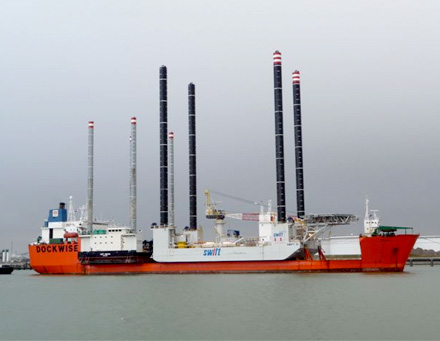 As the remaining newbuilds on order leave the construction yards over the next several years, follow the initiatives of the rigs through RigLogix

Frank Ashby, Jr.  |  January 18, 2011
Excellent overview of the new build. What does RigLogix believe will happen to day rates in the 10K H2O DP 3 Class(with contracts expiring) due to the influx of these new builds?.
Al Vielma  |  January 18, 2011
Excellent summary of activity, having spent as much time in the yard last year, I can state the accuracy of this summary is very good. Job well done.
herman  |  January 18, 2011
I like that industry is still confident and continue to build rigs to create more jobs, beyond that fact the spill in the Gulf has halted the permitting process.Keep looking forward to the future.
RAJASEKARAN  |  January 18, 2011
IT IS GOOD NEWS FOR US.
Most Popular Articles
Oil & Gas Job Suggestion
Related Articles
Regional News
United_States
700K Industry Pros can’t be wrong.   700K Industry Pros can’t be wrong.
X